GAO Looks at EB-5 And Doesn't Like What It Sees

As far as reports from the Government Accountability Office go, there have been worse ones than Wednesday's findings by the agency on the EB-5 program.

But none with the perfect timing of this report: it comes out just as Congress is getting set to debate the program's renewal, along with a whole host of other issues. But that is another story.

Even the fiercest advocates of the program should read what GAO has to say, however. In general, there is widespread agreement that some reform is necessary. GAO -- no matter its timing -- has pinpointed some areas to start in this report.

No Plans to Regularly Assess Emerging Scams and Risks

Risks that GAO identified included uncertainties in verifying that the funds invested were obtained lawfully and various schemes to defraud investors. This is not new to the program administrators: USCIS officials (the Department of Homeland Security's US Citizenship and Immigration Services, or USCIS, administers the program) noted that they continually identify new fraud schemes. However, GAO says that USCIS does not plan to conduct regular future risk assessments that might help identify these evolving program risks.

Another problem is that USCIS's information systems and processes are not robust enough to acollect and use all of the necessary data on EB-5 Program participants -- at least on a scale that could address fraud, GAO said. Some rather eyebrow-raising examples: USCIS does not consistently enter the names and birth dates of participants in its systems. Needless to say, basic electronic searches rarely yield anything of use. 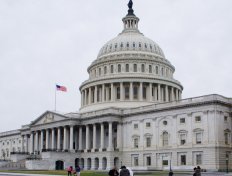 USCIS does plans to collect and maintain more complete data in its new information system -- a system that, unfortunately, is nearly four years delayed and will be ready, at the earliest, in 2017.

Finally, GAO  said that USCIS's methodology for reporting program outcomes and overall economic benefits "is not valid and reliable because it may understate or overstate program benefits in certain instances as it is based on the minimum program requirements of 10 jobs and a $500,000 investment per investor instead of the number of jobs and investment amounts collected by USCIS on individual EB-5 Program forms."

Tallied up, it's enough to make one almost sorry for Congress as it sets out to tackle how and where this program can be improved.