Congress Has 12 Days to Address EB-5. Here's How It Could Play Out 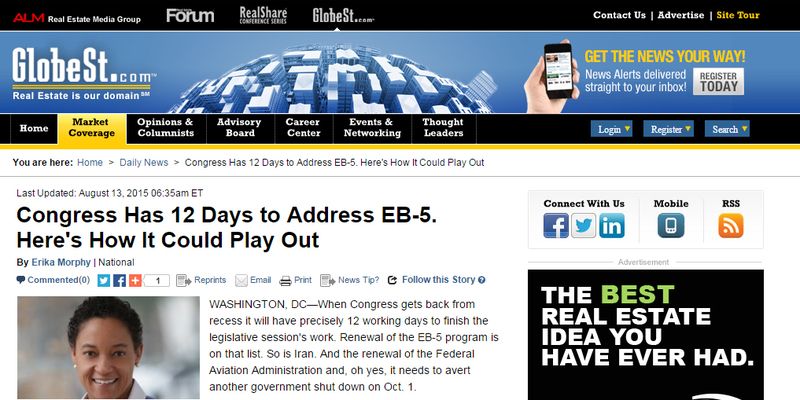 When Congress gets back from recess it will have precisely 12 working days to finish the legislative session's work. Renewal of the EB-5 program is on that list. So is Iran. And the renewal of the Federal Aviation Administration and, oh yes, it needs to avert another government shut down on Oct. 1.

Users of the Eb-5 program should be nervous because, as the program has gotten more popular in recent years, its flaws have been highlighted, prompting legislators to call for extensive reform of the program. All of which would be fine if there were enough time to debate the suggested changes. Meanwhile, in an example of perfect timing, the Government Accountability Office released on Wednesday a report outlining both the fraud risks and economic benefits of the program.

To be sure, the program does need reform – even participants will tell you that. In response to the GAO report, the EB-5 Investment Coalition released a statement late Wednesday evening agreeing that while the government unit administrating the program has taken important steps to root out bad actors and ensure more accountability within the program, "we support additional efforts in the areas of fraud deterrence and information sharing."

But first let's renew the program and stat, is basically the subtext.

Even if the program were completely transparent and pristine the Congressional math simply doesn’t add up. Twelve days to accomplish all that? It's not likely.

There are a few ways this can play out.

The least likely is that the program is not renewed at all. That is almost surely not going to happen -- although didn’t US Export Import Bank advocates say the same thing? -- observers believe. 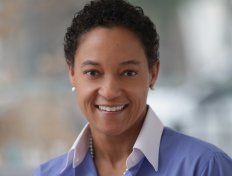 "We are certainly hopeful that Congress will reauthorize the program when it comes due – but there is being hopeful and being realistic," Angelique (Angel) Brunner, founder and president of the Washington, DC-based EB5 Capital, tells GlobeSt.com.

Her take on how the issue will resolve: The program will be extended with a continuing resolution. That has happened three times before Congress could renew the program formally.

There is ongoing debate about addressing immigration within the legislation, Brunner says, but enough members of Congress understand that this is fundamentally an economic development measure. Indeed, so many Congress people's districts have benefited from projects funded by EB5 financing.  Brunner, by the way, has the chops to make this case to Congress, which she has been doing: she has worked for Fannie Mae, Neighborhood Development Company, National Capital Revitalization Corporation, CORE Capital Partners, and Public Financial Management and studied under Ben Bernanke at Princeton University, where she received a Master’s Degree in Policy and Economics.

She is hardly the only one lobbying the Hill. A spokesperson for the EB-5 Investment Coalition tells GlobeSt.com that there has been an ongoing and continuing effort of members meeting with Congress people to ensure that the program is reauthorized ahead of the deadline.

Now that -- a renewal ahead of the deadline -- can also be included among the least likely scenarios. If it were to happen, however, it would be a straightforward renewal with a few targeted reforms addressing the most egregious abuses.

It may be, though, that a continuing resolution is the best outcome, instead of rushing through a measure with reforms that do more harm than good.

For example, one suggested reform that Brunner does not want to see implemented in the final legislation is the proposal to reduce the target areas to one census tract. "That is difficult for any major city to comply with," she says. "It denies the realty that urban redevelopment is very much block by block."