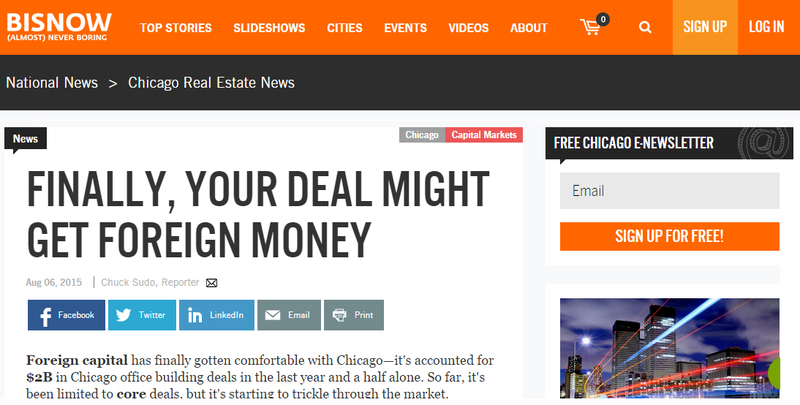 Foreign capital has finally gotten comfortable with Chicago—it's accounted for $2B in Chicago office building deals in the last year and a half alone. So far, it's been limited to core deals, but it's starting to trickle through the market. 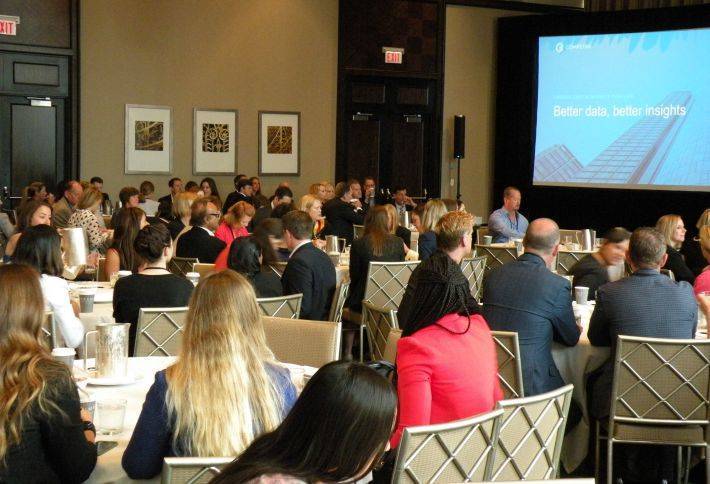 That was the main takeaway from Bisnow’s The Real Estate Money Machine: Chicago’s Capital Markets Power Brokers event this morning, where 220 joined us at the Trump International Hotel & Tower to see the women who rule Chicago’s capital stack discuss current trends influencing the debt and equity markets and what they predict will happen in the future. 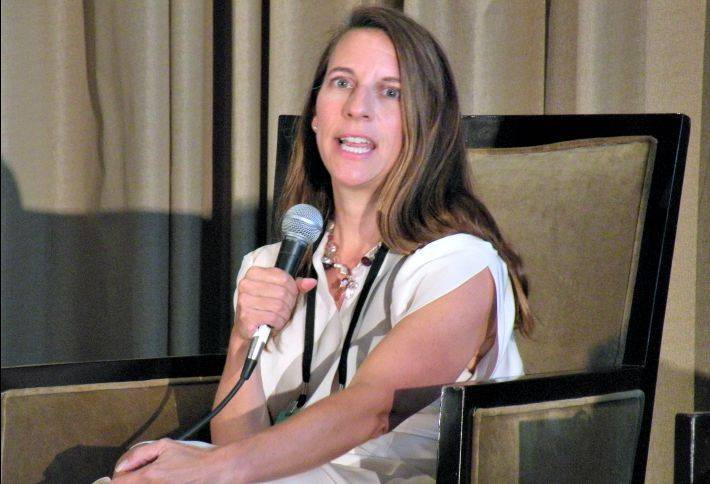 LaSalle Investment Management recently signed a $2B deal with Swiss investors, managing director Chris Akins tells us. Foreign capital is plentiful, she says, but investors who were burned during the global economic collapse are now extremely conservative and looking to invest mainly in core properties and other strong asset classes because they understand the risks. Chris reminds these buyers they don’t have to limit themselves to “headline deals.” These investors are growing more attracted to multifamily, but she finds it takes some explanation to overcome their fears. 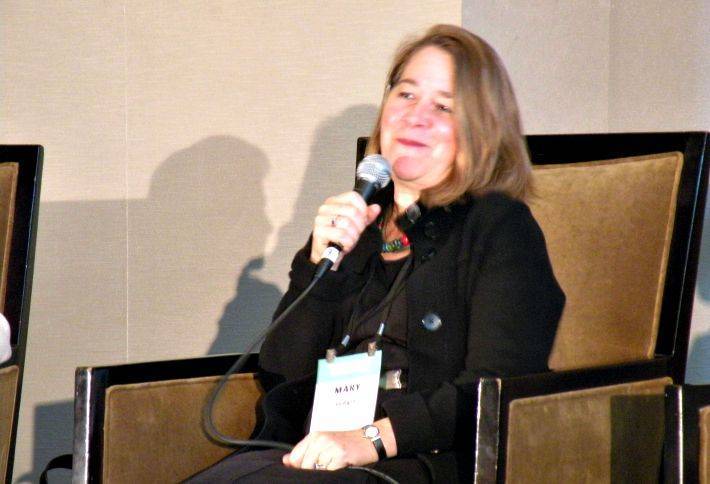 Heitman managing director Mary Ludgin says this is because foreign investors try to buy what they know works in their home markets. Educating these investors on opportunities that can truly diversify their portfolio exposure is a large part of Mary’s job. She says this sometimes takes finesse; other times it’s being as bold as telling investors “we’re going to invest your funds in different markets.” Mary sees her job as making foreign investors comfortable with a variety of investment types that can work in their portfolio. 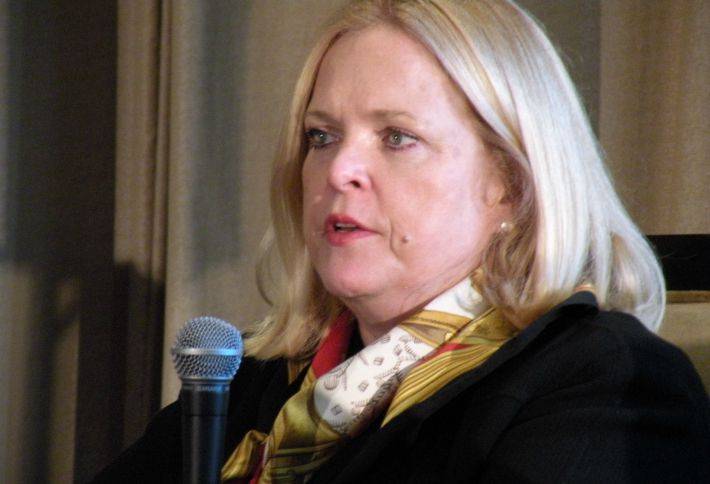 Asset Management CIO Leslie Andren says there’s growing activity in the EB-5 market. Asset worked with the original developers of the stalled Chicago Spire project to recapitalize the project with Asian money. The Spire's EB-5 designation was key to the deal. Asset wanted to use the program to set up sales offices overseas as Chinese investors are actively seeking green cards and buying a Spire condo through EB-5 provided an easy path for that. The Spire deal eventually fell through, but EB-5 is a tool more developers are embracing. 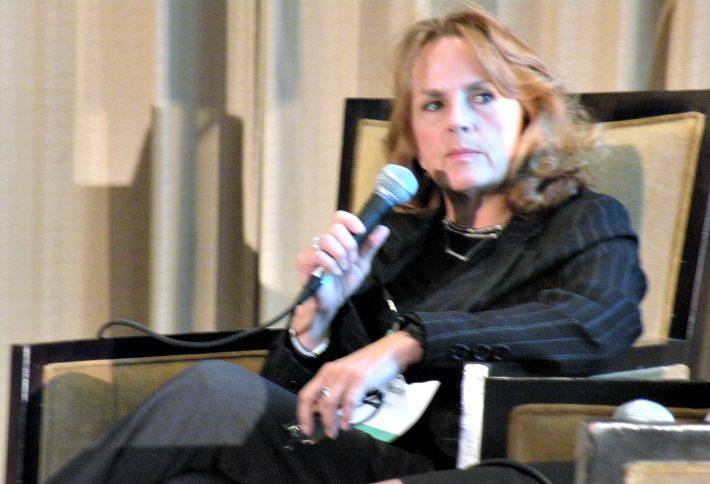 MPEA CEO Lori Healey says Chicago developers weren’t able to capitalize on EB-5 in the past. Now that those deals are finally picking up, the rules may change and knock everyone back again. EB-5 has been used so aggressively in other markets, Lori says, that pending congressional legislation could increase the program's initial investment from $500k to $800k, or from $1M to $1.2M if the development is in a targeted employment area. The definition of a TEA may also change, as those in place have been gerrymandered to get the needed numbers. Lori has hope, saying at its core, EB-5 can still work for the right investors.