An Economic Recovery, Brimming With Industrial Complexes, in Southern California 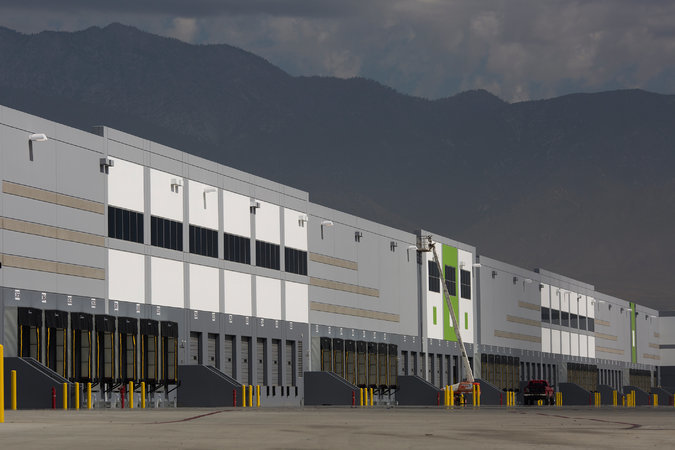 The Inland Empire could be considered Southern California’s backlot, with its vast warehouse complexes and staging areas.

Typically defined as the region east of Los Angeles and Orange Counties, and encompassing San Bernardino and Riverside Counties, this area of industrial development has been on a long march to recovery since the 2008 financial crisis.

By almost 10 million square feet, it had the most industrial space under construction in the second quarter of this year in the nation, according to CoStar, a commercial real estate market research company.

Yet the region, which during the recession was a cautionary tale of overdevelopment and speculation,had the least amount of preleased space out of the top 20 markets in the first quarter of this year with 22.9 percent, and the second-least out of the top 10 in the second quarter with 32.5 percent, according to CoStar. 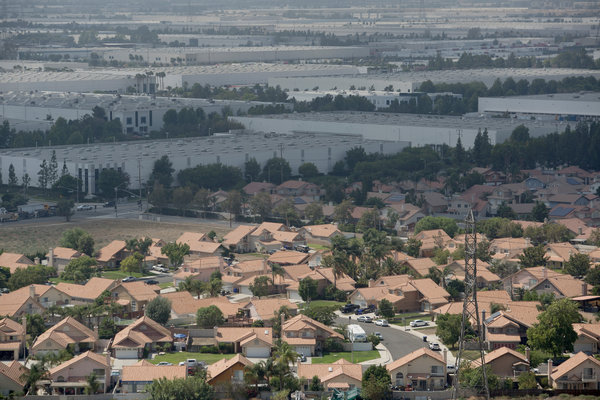 A vast industrial area that includes numerous logistics facilities abuts homes in the Rancho Cucamonga and Fontana areas of California.

But this time, few in the industry or the local government say they are concerned. The ports of Los Angeles and Long Beach are busy, and major corporations are building warehouses, so-called fulfillment centers and logistics centers to accommodate the growth.

In this industrial real estate market, the vacancy rate is about 3.7 percent in the western parts of San Bernardino and Riverside Counties, and about 6 percent in the eastern part, both below the national average of 6.8 percent.

“All our projects are experiencing a high level of interest,” said Brandon Birtcher, the chief executive of Goodman Birtcher, a development and investment group. It recently leased 1.6 million square feet of space to the Georgia-Pacific Corporation in Rancho Cucamonga, Calif., and has 4.5 million square feet under construction or recently completed in the region.

Mr. Birtcher’s confidence in the fundamentals of the market is typical of developers, local government officials, real estate agents and, actually, opposition figures.

The Inland Empire region has chalked up quite a few negatives. Its poverty rate is exceptionally high by national standards; both counties were rated as having poor air quality and given an “F” score by the American Lung Association this year; and traffic is horrendous.

Still, the region has relatively inexpensive land, is close to both of the nation’s busiest port complexes and within reach of more than 23 million consumers.

With transportation costs projected to increase and technology helping to bring down the costs of both manufacturing and processing, corporations have begun moving their warehouses and logistics centers back toward areas with more people.

“The huge population in Southern California drives a lot of growth, a lot of cargo remains here, so the Inland Empire is a major distribution hub,” said Philip Lombardo, executive vice president and managing broker at the Inland Empire branch of Cushman & Wakefield. “The market is hitting on all its cylinders.”

The rise in e-commerce and improved methods of distribution have spurred companies to build new, more efficient buildings.

“Most of these are not the old-style building with 30 to 60 employees,” said Thomas Taylor, senior executive vice president at Colliers International. 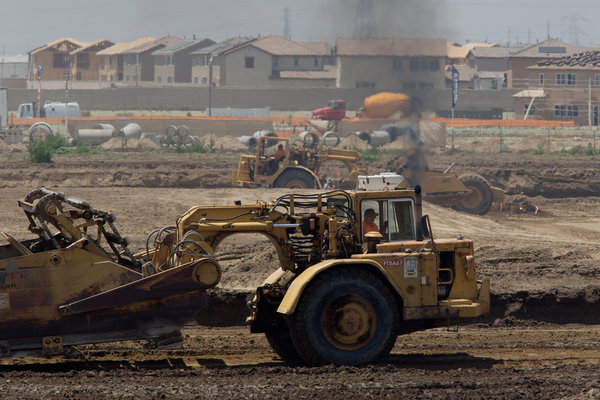 Companies “are customizing their orders with fairly large pick-and-pack sections that employ more people,” he said. “Warehouses are like the new manufacturing.”

Among the corporations that recently moved into a fulfillment center warehouse in the area is Amazon, the giant online retailer.

Increasing domestic and international trade has also increased shipments moving through the ports of Los Angeles and Long Beach, both of which need more space to handle those orders.

“We are expecting 5 to 6 percent annual growth through 2030,” said Lee Peterson, a Port of Long Beach spokesman. Mr. Peterson said that the port was making preparations to accommodate larger classes of container ships, and that trade levels were expected to at least double by 2030.

“We are tied very closely with them,” he said of the centers and warehouses based in the Inland Empire region. “The port is just one part of the supply chain. We are literally are connected and all the links have to be strong.”

Jay Orr, the chief executive of Riverside County, the tenth-largest county in the United States, agrees.

“We are a natural extension of the ports of Los Angeles and Long Beach,” he said. “Something like 40 percent of all goods flow through Inland Empire.”

Citing unemployment figures close to 6 percent, down from over 14 percent in 2010, Mr. Orr said his administration was trying to appeal to businesses and create new jobs.

He pointed to the county’s early adoption of the EB-5 visa program, which has helped to encourage foreign investments and promote work force programs like job fairs and training.

Transportation and warehouse jobs have increased more than 18 percent from 2012 to 2014 in San Bernardino County, compared with 4.4 percent nationally, according to numbers furnished by Mary Jane Olhasso, assistant executive officer for the county.

But criticisms have long been leveled at the types of jobs that have been created. . 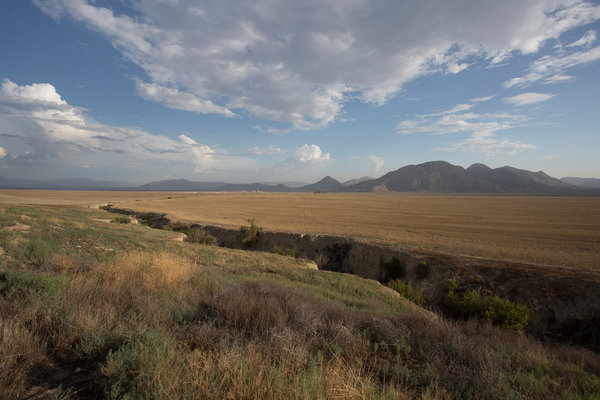 The proposed site of the World Logistics Center, which would urbanize the rural eastern end of Moreno Valley.

“There was a lot of hope that this development would help boost the regional economy, and certainly it has created a lot of jobs, but these jobs tend to be low-paying and are often temporary,” said Ellen Reese, a professor of sociology at the University of California, Riverside and one of the authors of a recent study and policy brief on raising the minimum wage for local warehouse workers.

Ms. Reese said that unemployment in the industry was as high as 28 percent, depending on the season. Still, she acknowledged the reality of the warehouse economy in the area, and advocates a remedy rather than a revolution.

“How can we make these jobs better jobs? By moving them from temporary positions into direct hire positions, so these workers are working directly for the warehouses with higher wages and benefits,” she said, arguing that higher wages would translate into an improved economy because of workers having more disposable income and paying more in taxes.

Penny Newman, executive director of the Center for Community Action and Environmental Justice, and a lifelong resident of Riverside County, has faced an uphill battle in advocating environmental and political reform.

“We seem to have a low esteem, and our leaders seem to take whatever is thrown at them,” she said, in reference to land development deals.

Ms. Newman raised concerns about the environment and residents’ quality of life, which have tagged along with the region’s transition to an industrial hub from an agrarian economy.

“We are not just getting a little bit of pollution and impact, we are getting a lot, without receiving the benefits,” she said. “It’s not about replacing a warehouse with another building, it’s about a bigger picture.”

She added: “We have four major universities here, and grads won’t stay in the area for warehouses.”

Residents and decision makers agree that the Inland Empire’s economy must diversify to protect itself from kind of implosion that occurred in 2008.

“We can’t just be an economy of commuters and have home construction as driver of the economy,” said Mr. Orr, who said that manufacturing, health care and opportunities created by supply chain optimization were possible areas for growth. “If we have to weather another recession, we will be stronger.”

But with developers ever ready to dig, such pivots have been elusive, even as some projects purport to include elements of such diversification.

Two examples of major planned developments include Goodman Birtcher’s 2.4-million-square-foot mixed-use logistics facility, which will include a logistics center, a hospital and retail and office space. The World Logistics Center, proposed by the developer Iddo Benzeevi, is set to stretch more than 40 million square feet.

“Everyone is monitoring the economy to try to avoid having an oversupply,” said Mr. Lombardo of Cushman & Wakefield. “We are just getting to where we were before the crisis now, and we don’t feel we are in an overbuilding situation.”