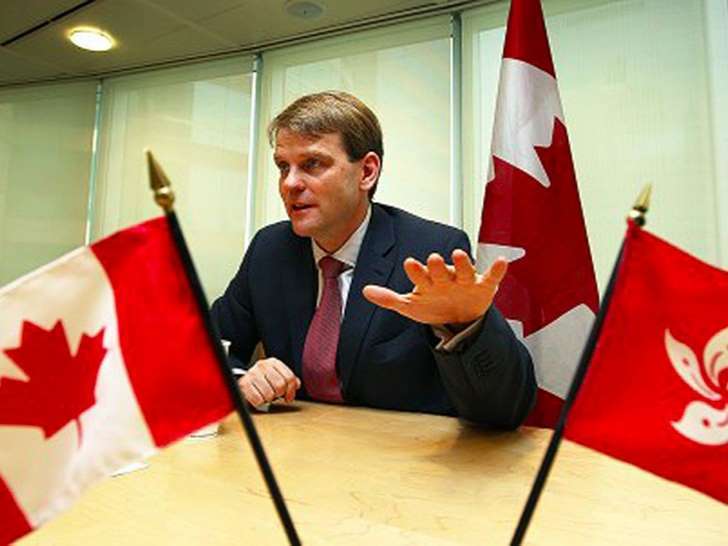 Canada’s new wealth-based immigration scheme has received just six applications worldwide, in stark contrast to the thousands of mostly-Chinese millionaires who flocked to the programme’s defunct predecessor, according to data obtained by the South China Morning Post.

But the IIP was shut down by the federal government last year amid a huge backlog of applications at Canada’s Hong Kong consulate, nearly all lodged by rich mainland Chinese. There were also doubts about the IIP’s economic benefits to Canada.

The new scheme was branded “ridiculous” by Hong Kong immigration lawyer Jean-Francois Harvey. The IIVC requires applicants worth at least C$10 million (HK$60 million) to invest C$2 million in Canadian start-up companies in exchange for permanent residency for their family. Applicants face strict audits to confirm the source of their wealth, as well as language and education benchmarks.

“The failure to attract [more applications] despite the fact that they postponed the deadline again and again is simply [because] it is not competitive in front of the worldwide competition for investor [immigrants] from China and around the world,” said Harvey, founder of the Harvey Law Group, which is based in Montreal, with offices in Hong Kong, Beijing and Vietnam.

Harvey said the immigration industry in Asia “did not even try to market the deal” because it compared so unfavourably with schemes offered by other countries, notably those in Europe. For instance, Portugal offers permanent residency under its “Golden Visa” scheme to immigrants who spend 500,000 euros (HK$4.24 million) on Portuguese real estate and retain it for five years.

Harvey said the new Canadian programme was a “not so-subtle way to block the Chinese applicant”.

Under the old IIP, investment took the form of an interest-free C$800,000 loan to Canada, which was returned intact to the immigrant after five years. The IIVC scheme’s C$2 million investment will be held by Canada for about 15 years and will be fully at risk of loss.

But interest in the new programme has been paltry. According to Citizenship and Immigration Canada (CIC), responding to an access-to-information request, the IIVC scheme received just six applications worldwide, as of June 8. The request was lodged by Vancouver immigration lawyer Richard Kurland at the request of Harvey, who shared the results with the SCMP.

The scheme opened to applications on January 28, with the government initially seeking 500 applications, which would then face random selection to fill an apparently modest 60 spots. Expectations were so high that the application window was initially set at just two weeks.

But the tiny response forced the closing date to be pushed back to April 15, then December 30.

Kurland said the IIVC scheme was “a mousetrap that doesn’t trap mice”. “The design is flawed. It doesn’t reflect market realities,” said Kurland, who said would-be immigrants were put off by the risky nature of the investment, as well as the requirement for financial audits.

He also said Canada’s recent habit of “retroactively changing the rules” for immigration applicants was acting as a major deterrent. When the IIP was shut down last year, the backlog of about 60,000 applicants and family members, including about 45,000 mainland Chinese, was simply dumped.

Asked about the viability of the IIVC, given the poor response, a CIC spokesman told theSCMP “we believe it is important to continue testing demand and interest”.

“[We] know that the IIVC Pilot Program can greatly benefit Canada,” the spokesman said in a written response. “We want to attract immigrant investors who meet our program criteria and will contribute to Canada's economy and society.”

In an interview in Hong Kong last year, Canadian Immigration Minister Chris Alexander hailed the benefits of the IIVC scheme, saying that disgruntled applicants dumped from the IIP queue should not bother with litigation to get their cases processed because the government was creating “new pathways, such as the immigrant investor venture capital pilot, that will be better and faster than ever”.

Despite the closure of the IIP and the lacklustre response to the IIVC, millionaire migrants continue to flow steadily into Canada via Quebec’s version of the IIP, which still operates. Some 6,111 certificates of permanent residency were issued under that scheme last year, CIC data provided by Kurland shows.

Despite pledging to live in Quebec, about 90 per cent of such immigrants end up leaving the French-speaking province, previous data indicates, with most thought to end up in the west coast city Vancouver.

There were also 2,476 certificates of permanent residency issued under the federal IIP last year as it wound down.

Vancouver has received the lion’s share of Canada’s millionaire migrants. About 37,000 investor immigrants are known to have activated permanent residency in British Columbia from 2005 to 2012, and a further 18,000 or so are believed to have moved to the province in that period after first activating residency in Quebec.

The influx has led to concerns about the impact on Vancouver’s real estate market, the second most unaffordable in the world behind Hong Kong’s, although these concerns were dismissed by Alexander last year.