Staten Island wants to be the new Brooklyn.

An island that boomed with exiles who followed the Dodgers out of the borough is now poised for a new renaissance as investors and developers pour $1 billion into the North Shore in hopes of striking Brooklyn-style gold.

Sure, it’s long been considered the city’s least hip enclave, but these boosters believe it can finally be transformed into the borough’s answer to booming Long Island City or even Jersey City, with glassy high-rises geared toward young professionals.

“Young people want the same types of vertical living as you see in Manhattan and Brooklyn,” said James Prendamano of Casandra Properties, a Staten Island commercial real estate broker. “Not everybody ... wants to live in Uncle Joe’s one-bedroom apartment in a semi-detached home in Southeast Annadale.” 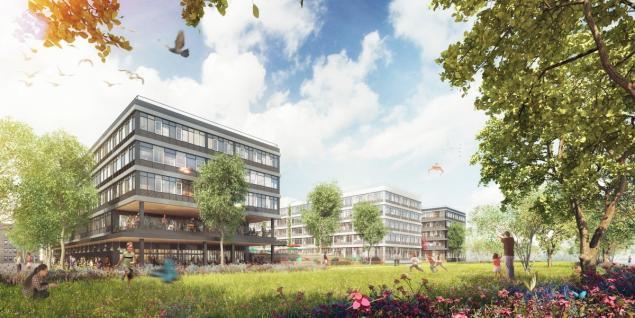 Developers are already building with an eye toward the hipster set that jumpstarted the gentrification of Williamsburg and Bushwick — neighborhoods that, in some ways, are more far flung for some than the island at the other end of the ferry.

Ironstate Development, the real estate giant behind a string of high-rises on the New Jersey waterfront, is set to launch 571 new luxe apartments in the Stapleton area this fall, with studios, one-bedroom and two-bedroom homes starting at $1,600 a month.

The launch is just the first phase of a project, dubbed URL Staten Island, short for “Urban Ready Life,” which is ultimately slated to include 900 apartments with top-of-the-line amenities and a string of cute, boutique retail spots geared at twentysomethings.

“They're looking for the Brooklyn feel, but they can't move to Brooklyn, necessarily,” said Jason Muss, a developer who owns housing stock and offices on the North Shore.

The move to generate housing for young professionals, spurred by a prospective rezoning for high-rise residential use on the waterfront between St. George and Stapleton, follows a decade of underdevelopment and rising demand for housing on Staten Island that’s left many would-be local renters with few options. 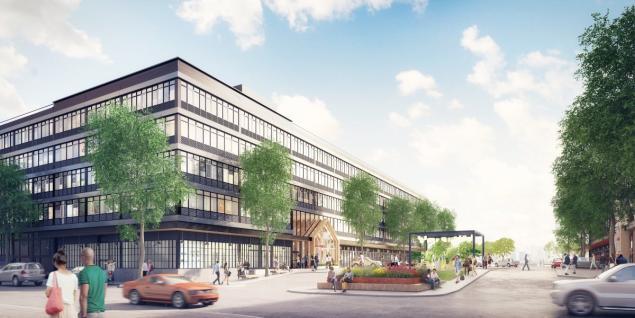 It also paves the way for a new high-rising housing market never before seen on a borough that’s long looked more like the rest of U.S. than like New York City, with its spread-out semi-detached homes.

“Kids will no longer have to feel like they’re settling if they want to stay on Staten Island,” said David Barry of Ironstate. “They can stay where they are and still get what they want.”

The borough has a higher share of underdeveloped land than any other borough and development levels only plummeted further over the last decade, with new building permits dropping by nearly 90% between 2000 and 2011, according to a recent report by the Furman Center.

That’s despite massive population growth, the fastest in any of the five boroughs.

Staten Island’s population rose by more than 24% over the past two decades, compared with just 15% in the second-fastest growing borough, the Bronx. The North Shore’s population grew even more dramatically, by a whopping 29%, according to the Center for an Urban Future.

The rise in population, paired with a lull in development, has left some Staten Islanders, especially those in their 20s and 30s who don’t own their own homes, hungry for new housing options.

Developers are finally coming to the rescue, their confidence awakened by several mixed-use mega-projects planned for the tip of the island, including Empire Outlets, a massive outlet shopping center that will be home to Nordstrom Rack, H&M and Gap Outlet, thousands of market-rate and subsidized apartments, and, of course, the New York Wheel — one of the world’s largest observation wheels and New York’s answer to the London Eye. 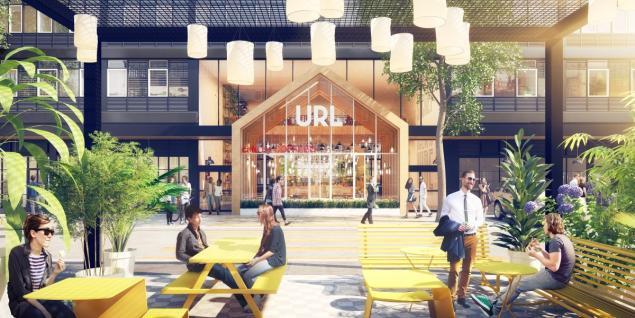 "People come out here all the time and ask us, 'Where's the wheel, where's the mall?'" said Joseph Ferrara of BFC Partners, the development company behind the outlets. "We have to tell them it's not built yet."

Developer Triangle Equities is also about to start construction on Lighthouse Point, a mixed-use project near the base of the ferry terminal that will include retail, a 164-room hotel and 96 apartments fashioned out of existing, historic waterfront buildings.

“People with deep pockets are coming into this market from all over the world,” Prendamano said. “They see this as the last bastion of waterfront real estate in New York with mass transit connections and favorable pricing.”

It’s a renaissance that some said would never happen.

Even construction on the wheel, which many dubbed a pie-in-the-sky, “never going to happen” plan even in the later planning stages, is now underway, thanks in part to a $150 million cash infusion from the Eb-5 immigration program, which allows foreign investors to provide capital for U.S.-based projects with the hope of obtaining a green card.

“We get that a lot,” said Travis Noyes of New York Wheel of naysayers. “People don’t actually have faith that big things can happen. They’re just thinking this is another big idea too good to be true.” 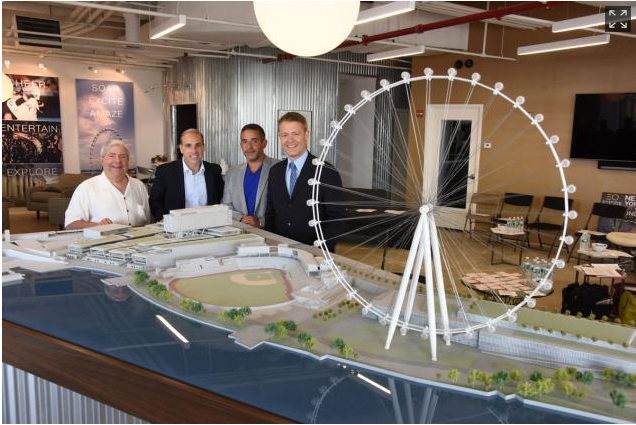 The swing in momentum has already started to seep inland, where real estate watchers said investment has been quietly piling in, mostly from investors and developers who’d never before set foot in Staten Island.

“There’s a lot of money quietly being spent,” said Muss, whose company Muss Development owns an office building on Bay St. “If you look at all these streets running parallel to the water, you’ll see that a lot of multi-family buildings and townhouses have been purchased or are under renovation.”

Of course, Staten Island is still a huge steal in comparison with Manhattan, where land now routinely trades for upwards of $800 a foot, or even Queens, where land prices in Long Island City have been hitting $300 a foot. But prices are starting to inch up.

Not everyone thinks that’s necessarily a good thing.

“I’m not opposed to the development, just the effect I think it will have on the community,” said activist and Staten Island resident Jason Harris, who has been organizing anti-gentrification workshops for community residents, some of whom worry that the area’s infrastructure, including its parking facilities, won’t be able to support an influx of tourists and new residents. 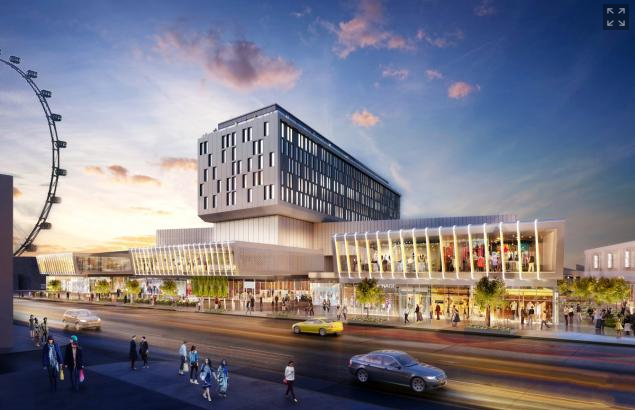 “The stuff that’s happening here isn’t really for the people that live here,” he said. “It will only go towards driving up rents and increasing tensions.”

Home prices were already edging higher long before developers began flocking to the neighborhood, as supply struggled to keep pace with demand.

“A lot of the people who live on the North Shore are transplants from other boroughs. They were priced out of Brooklyn and now they’ll be priced out of here,” Harris said. “They’re utterly defenseless against what’s coming.”

That kind of rhetoric may be compelling, but it’s not based in fact, especially given that much of the new housing will be geared toward New Yorkers making less than the median income, said Staten Island borough president James Oddo.

“Will there be market-rate units? Yes, and rightfully so,” he said. “But there will also be affordable housing. Finding the balance of what that formula should be, that’s the rub. People can reflexively drop the word, ‘gentrification,’ but I don’t think it’s grounded in reality given who is in City Hall.”

For the most part, Staten Islanders are in favor of anything that brings more shopping and dining options to their neighborhoods, Prendamano said.

“With change of this scale, there’s always going to be opposition,” he admitted. “Some people are still complaining about the Verrazano Bridge.” 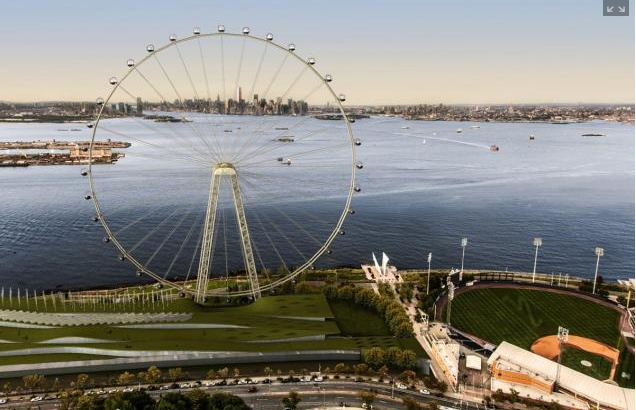 Want to know how far your money can go on Staten Island? Here’s a look at three for-sale homes in the borough:

This three-bedroom, two-bathroom Victorian-style home, at 194 Cebra Ave. in Tompkinsville, has hardwood floors, an adorable front porch, a private driveway with parking and a pool. It’s listed by Michael Napolitano Jr. of REMAX.

For those seeking a dramatic view of the New York Harbor and the Verrazano-Narrows Bridge, check out this two-bedroom, 2.5-bathroom apartment at 90 Bay St. It has stainless steel appliances and a washer and dryer and comes with access to building amenities such as tennis courts, parking and a kids’ play area. It’s listed by Halstead Property. 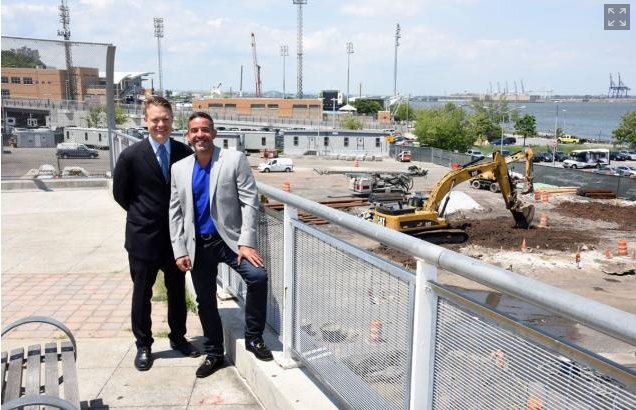