From China, With Investment

In 2014, after 5 years of rapid growth, annual foreign direct investment (FDI) by Chinese entities into the U.S. exceeded FDI by U.S. investors into China.  This rise in FDI is due in part to recent increases in Chinese investment into U.S. technology startup companies.

Recently, surging investment by Chinese companies in U.S. research labs is yielding a fast-growing trove of patents, which is part of a larger push by China to mine America for ideas to help it shift from serving as the world’s factory floor to becoming a driver of innovation.  The recent Chinese National Patent Development Strategy highlights the country’s plans through 2020, including seven strategic industries positioned for growth: biotechnology, alternative energy, clean energy vehicles, energy conservation, high-end equipment manufacturing, broadband infrastructure and high-end semiconductors.  While investment in the U.S. is a well-known part of the Chinese geopolitical strategy, the U.S. federal government encourages this investment through programs such as EB-5, which grants green cards to foreigners who, for example, create or preserve at least 10 jobs by investing at least $500,000 in commercial enterprises in high-unemployment areas.  State and local governments also offer potential investors tax incentives to compete with one another to attract this capital. 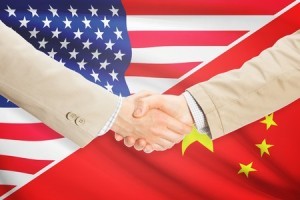 For emerging U.S. companies, however, investment from China can be a double-edged sword.  On one hand, money is always crucial for these young companies.  On the other hand, legal compliance can present challenges as there are a number of agencies in both China and the U.S. that regulate these investments.  For example, Chinese companies investing overseas must comply with certain registration formalities or obtain government approvals from several agencies including the National Development and Reform Commission, the Ministry of Commerce State, and Administration of Foreign Exchange.  State-owned enterprises also need approval from the Chinese state-owned Assets Supervision and Administration Commission.  In the U.S., the Committee on Foreign Investment in the United States (CFIUS), an interagency committee, is charged with reviewing transactions by foreign investors that may implicate U.S. national security considerations.  Accordingly, emerging U.S. companies should approach these investments cautiously and seek advice from legal professionals who have experience with the ins and outs of Chinese investments.