Cambria Suites hotel on track to open next year 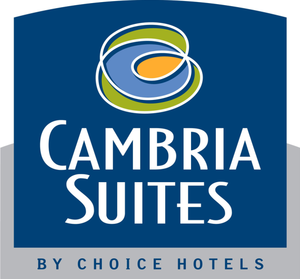 Cambria Suites hotel is now slated to be built on McAllen Convention Center grounds and construction of the $9 million project is expected to be complete by October 2016.

Developers of Cambria Suites, Fulcrum Management Corp. an Orlando Florida based company submitted a proposal for a new 121-room hotel on the McAllen Convention Center grounds in 2013 that requested about $430,000 worth of economic incentives, but there are no tax abatements in the final deal according to the city.

“The project is moving full speed ahead, with or without the EB-5 involvement,” said Christopher Haridopolos, owner of Fulcrum Management Corp.

The EB-5 investor visa program allows a path to citizenship for investors that contribute at least $500,000 in economically disadvantaged regions like the Rio Grande Valley.

“We feel very pleased to be proceeding on the job now,” Haridopolos said after two years of negotiations. “That whole area is a great place to be with that retail center so close by also within walking distance,” he said about the project’s proximity to Palms Crossing shopping center and Expressway 83.

Plans for at least three hotels within steps of the city’s new civic center have been in the works since the building opened in 2007 but deals never solidified after debates about incentives stalled agreements.

La Quinta Inn and Embassy Suites were supposed to open in 2008 and 2009, respectively, but the projects have been delayed. But now both hotel chain developers have signed agreements and by the end of 2016 are projected at least 385 hotel rooms expected between three hotels.

The economic impact for the Cambria Suites hotel project is at least $16 million, according to a 2012 study conducted by the University of Texas-Pan American Data Center.

There are already 43 hotels in McAllen and gross hotel receipts for the first quarter of 2015 topped $19 million, up from nearly $18 million last year during the same period. But there are three more hotels operating in 2015 — up from 40.

“The convention center district is going to look completely different; the performing arts center means an even bigger demand. We’d like to have at least five hotels,” said Roy Rodriguez, city manager of McAllen. “Our weakness at the convention center was that we had no hotels on site, but in the last 18 month we became very aggressive to get them.”

The agreement signed with Fulcrum details that the city won’t express any favoritism towards any of the hotels and that a construction permit is due to the city by October 1, or the property can be purchased back.