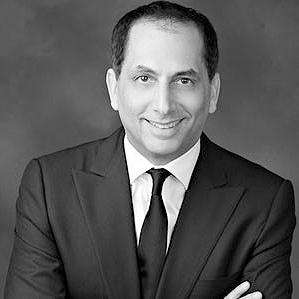 To raise money for his next downtown hotel project, Scott Greenberg has immersed himself in the minutiae of the U.S. immigration process, racked up long hours on international flights and learned how to say hello in Vietnamese.

Greenberg has traveled to Buenos Aires, Beijing and even Ho Chi Minh City in search of an increasingly popular source of money for Chicago hotel developers: wealthy overseas investors. He is financing a 195-room Streeterville hotel project through the nation's EB-5 visa program, which allows foreigners to become U.S. residents if they invest in qualified business ventures.

“Money is coming in from all over the world,” says Greenberg, president of ECD, a Lincolnshire developer. But it has taken him two years to understand how EB-5 works.

The EB-5 program, which has been around since 1990, took off in other cities after the real estate bust, as developers struggled to raise money stateside. But it was slow to catch on here, hindered in part by a scandal over a major hotel project near O'Hare International Airport.

Now it's hard to find a Chicago hotel developer that isn't exploring the program. EB-5 investors helped finance the Godfrey Hotel in River North, which opened last year, and the builders of the 93-story Wanda Vista tower along the Chicago River may raise more than $100 million in EB-5 money. In Rockford, a venture including a unit of Warren Buffett's Berkshire Hathaway is using EB-5 financing to convert an office building into a hotel and convention center.

Another group is using it to finance assisted-living facilities in Elgin, Wood Dale and Aurora.

Under the EB-5 program, foreigners can receive a green card that grants them permanent U.S. residency if they invest at least $500,000 in a U.S. business or project and can show that the investment created or preserved at least 10 jobs here. Chinese investors dominate, accounting for about 85 percent of all visas granted through it last year. The U.S. government issues up to 10,000 visas annually through the program, which is so popular that all the visas for the fiscal year ending Sept. 30 were gone by May.

Chicago-area developers have embraced EB-5 financing just as it comes under increased scrutiny from Congress. In February, a Congressional commission published a report raising concerns about potential fraud and lax regulation in the program.

The legislation authorizing the program expires Sept. 30, and some lawmakers are pushing for reforms in bills that would renew it. Changes could make it harder for developers to raise money from EB-5 investors. Greenberg expects Congress to raise the minimum investment to $800,000 from $500,000.

“Chicago is late to the party, and the party is changing,” he says.

One reason Chicago is late to the party: an unbuilt three-tower, 995-room hotel and convention center development near O'Hare. In 2013, the Securities and Exchange Commission sued the project's developer, Anshoo Sethi, accusing him of scamming more than 250 EB-5 investors, most of them from China.

Sethi paid the investors $147 million under a settlement last year but was hit with a federal grand jury indictment last August. The case is pending; Sethi's attorney did not return phone calls.

Many prospective investors in China shunned Chicago-area projects after hearing about the scandal. Some Chinese fundraising agents still refuse to participate in deals here, says attorney Ronald Fieldstone, a partner in the Miami office of Chicago-based Arnstein & Lehr. “Chicago got tainted because of that case,” he says.

Another obstacle: Many investors are not as familiar with Chicago as they are with New York, Los Angeles and San Francisco. “Chicago is a global city, but the perception around the world is that it's not,” Greenberg says. “The first thing I talk about is not my project but why Chicago is a good place to invest.”