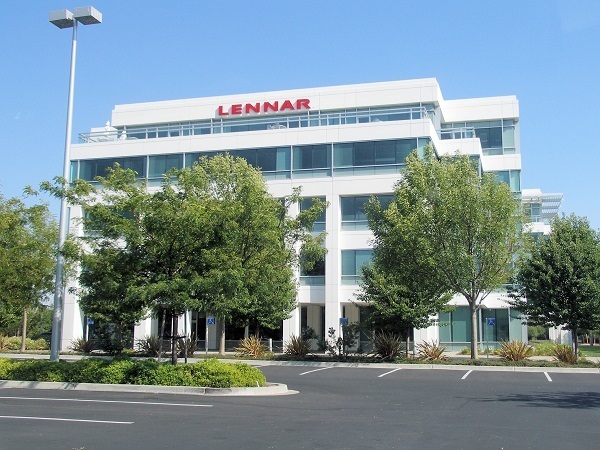 "My conclusion on China is that those who are buying U.S. real estate are doing it with a very long-term view — to diversify their assets, provide a safe haven in case something happens at home," said John Burns of California-based John Burns Real Estate Consulting. "I don't think a 30 percent stock correction after a relatively recent 150 percent boom changes much of that. If you told me the economy was going negative, their shadow banking system was exploding, or the government clamped down on foreign investment, then I would be concerned."

Chinese are now the biggest foreign buyers of U.S. housing. They poured $28.6 billion into properties in the past year, more than double the investment of number two, the Canadians, according to the National Association of Realtors. In many cases, Chinese investors are seeking top schools for their children, better health care, fresh air and a safe haven for their cash amid economic uncertainty at home.

That has meant great opportunity for U.S. builders and developers. Miami-based Lennar, for example, is partnering with China-based developer Landsea on a condominium tower in Weehawken, N.J.

Chinese love US housing so much, now they're building it

Lennar is also part of a huge new development of single-family homes in Irvine called Great Park Neighborhoods. It's still adding new homes and Chinese buyers have been flocking there to take advantage of the good schools and a growing Chinese community.

"You always have to be watchful. It doesn't necessarily mean concern," Lennar CEO Stuart Miller said of the current Chinese market downturn. "You have these cross currents. It's impossible to know how they play out without sitting back and waiting to see. With economic turmoil comes a heightened desirability to place money where it is stable and secure. While the real estate here becomes more expensive, it also becomes more desirable."

Chinese demand has slowed somewhat in Southern California, according to local real estate agents. That may be due simply to higher home prices and still-limited supply. Chinese buyers of single-family homes tend to prefer new construction. On the other hand, Chinese housing demand is growing in a new market: Miami.

"I have two Chinese brokers on their way to our sales center now," Vanessa Grout, president of Miami-based CMC Real Estate, said Wednesday, just hours after an epic fall in the Chinese stock market. "Now they're starting to see Miami as a better value. Miami is rising in global status and we have a variety of luxury properties that are catching the interest."

Chinese make up only 2 percent of Miami's real estate investor base, according to Grout, but the region is becoming much more enticing to Chinese buyers.

"Miami is clearly a place where the Chinese are starting to show up. We haven't seen any demand prior to now," added Lennar's Miller.

Compared to London, Hong Kong and New York City, Miami is cheaper. So far, most of the Chinese investment has been in commercial development, not purchases of individual properties. That could change quickly.

"Now with the (Chinese) market crashing the way it is, you're seeing a bigger trend and a bigger opportunity for people to look to the U.S. to, one, have a safe place for them to go from a political standpoint, two, have a safe place to put their money and, three, have an opportunity for investment," said Miami-based Alan Lips, a partner with Gerson Preston Robinson, an accounting firm that works with developers to structure foreign investments.

Lips said he is seeing a spike in foreign investors looking for safe places to put their money to work, as well as looking for a path to U.S. citizenship. The so-called EB-5 immigration program was created by Congress in 1990 to stimulate the U.S. economy through job creation and capital investment by foreign investors.

Money Can't Buy Love, But It Can Open the Door to U.S. Citizenship

While the opportunity may be more inviting, the ability for Chinese buyers to invest in U.S. real estate is clearly under pressure.

"There's concern the huge loss of wealth from the Chinese stock selloff will slow down investment activity by Chinese buyers of U.S. commercial and residential real estate. This would have a significant impact on the residential market, and would certainly weaken demand for commercial properties, especially in coastal markets," said Rick Sharga, executive vice president at Auction.com, a California-based real estate auction company.

Auction.com has partnered with Shanghai-based Juwai.com to sell American properties to the Chinese in mainland China.

"So far, we're not seeing any slowing in interest from potential Chinese investors," said Sharga. "And it's possible that the stock market crash may actually have the opposite effect, and stimulate Chinese high net worth individuals to move money out of the country and into the relative safety of U.S. real estate."