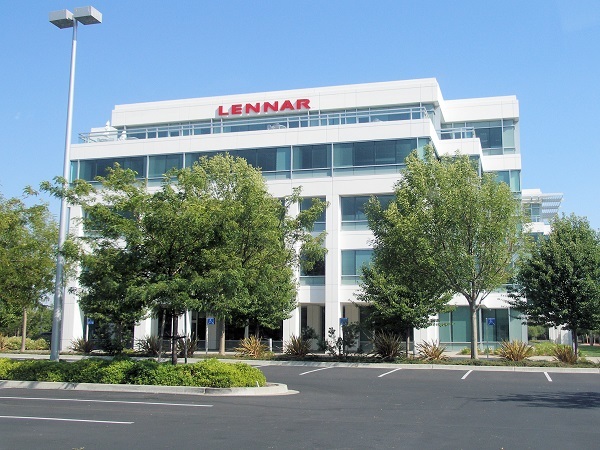 New-home sales in the first five months of this year were up 23% from the same period a year ago amid job growth. The Dow Jones U.S. Home Construction Index of the stocks of six large builders is up 10.2% so far this year, reaching a five-year high in April.

But the last wave of home-builder IPOs, which came in 2013 and the first half of 2014, have brought mixed results, with five of the eight builders trading at or below their IPO prices. No other builders have gone public since June 2014.

An IPO likely would help Five Point finance the huge costs of developing those projects, including additional infrastructure and marketing efforts. Its release on Tuesday and Lennar's associated filings with the Securities and Exchange Commission didn't disclose details about its financial performance.

Lennar formed Five Point in 2009 to oversee massive redevelopment projects it had taken on in California. Those include multiyear projects to redevelop into housing and commercial uses the former naval shipyard at Hunters Point in San Francisco and the former El Toro military base in Irvine, Calif. Five Point is developing six projects in California spanning 50,000 potential home sites and 20 million square feet of commercial space.

Five Point's consolidation will shuffle its ownership. A few investors in some of its projects, including Barry Sternlicht's Starwood Capital Group and Michael Dell's MSD Capital, intend to sell some of their stakes as part of the eventual IPO. Lennar, meanwhile, will retain an estimated one-third ownership stake as Five Point's largest investor.

In San Francisco, Five Point, Lennar and affiliates are moving ahead on development of the former naval bases at the Hunters Point Shipyard and Treasure Island, having drawn new financing for them after $1.7 billion in funding from China Development Bank fell through in 2013. The state-run Chinese bank withdrew partly because of its leadership transition at the time and partly due to challenges with American tax requirements, people familiar with the matter said. Lennar and Five Point since have landed financing from other lenders and from investors in the EB-5 visa program.

WCI, based in Bonita Springs, Fla., is one of the four newly public builders currently exceeding their IPO prices. As of midday Tuesday, WCI's stock traded at nearly 55% above its July 2013 IPO price of $15.

WCI registered Tuesday to sell shares held by private-equity investors Monarch Alternative Capital LP and Stonehill Capital Management LLC. If all of the shares are sold, including the overallotment, it would reduce the pair's stake in WCI to a combined 24.8% from 39.2%.