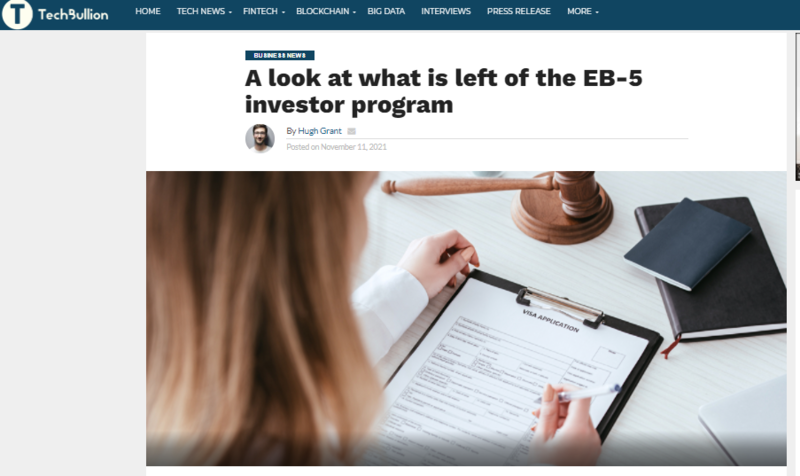 EB-5 Investor Visa Program
The EB-5 investor visa program was established in 1990 by the Immigration Act of 1990. The program provides eligible foreign nationals, their spouses, and unmarried children under the age of 21 the opportunity to become lawful residents of the United States. Foreign nationals must invest substantial money in a U.S. business that employs at least 10 American workers within the two-year conditional period. The goal of the program has always been to encourage foreign investment and economic growth.

Many regional centers are located in target areas for employment (TEA) where unemployment is high.

In 2019, the United States Citizenship and Immigration Services (USCIS) implemented the modernization rule. This resulted in significant changes to the EB-5 investment program. Some of these changes included changing the minimum investment amounts to account for inflation. For example, the amounts were revised from $500,000 for investment in a targeted unemployment area to $900,000 and $1,000,000 for direct investment in an area not TEA to $1,800,000. These changes became effective on November 21, 2019, and apply to all investors who filed their I-526 petition on or after that date. Other changes included the definition of “unemployment target area,” An investor’s spouse and children must file separate I-526 petitions to waive permanent residency requirements.

Since this judgment, there have been two significant events.

In June 2021, a federal judge overturned the EB-5 “modernization” ordinance of 2019. The judge found the ordinance invalid because the government officials who issued the regulation at the time had not been appropriately appointed to their positions, in violation of the Federal Vacancies Reform Act (FVRA) of 1998.

And in June 2021, the United States EB-5 Immigrant Investor Program expired. The program is renewed every year. This means that as of July 1, 2021, applications filed in the EB-5 Regional Center category will no longer be accepted by the United States Citizenship and Immigration Services. The program would have to be reauthorized by Congress to continue. However, Congress has not done so.