What Will Happen To The EB-5 Program Under President Biden? 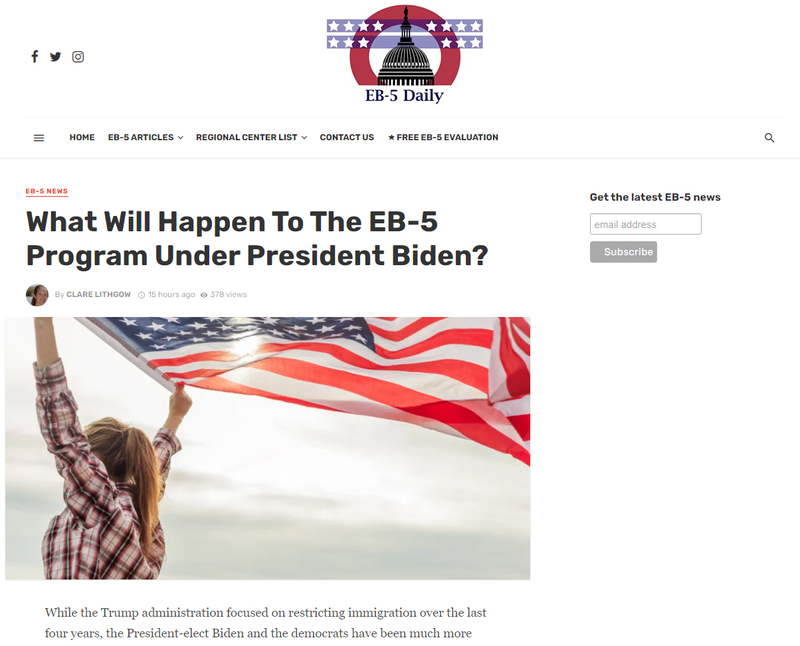 While the Trump administration focused on restricting immigration over the last four years, the President-elect Biden and the democrats have been much more pro-immigration.

President-elect Biden’s fiercely different immigration view combined with the economic aftermath of Covid-19 may be just what causes the United States to revitalize the EB-5 Program. A few roadblocks, however, remain. The undecided Senate race means leaves uncertainty surrounding which party will take the majority, and thus have power over many immigration decisions. And, even with a democratic majority, there are still concerns, as a few vocal democrats have been against the EB-5 Program.

Despite these issues, the overall shift in tone surrounding immigration is likely to bring more attention to the EB-5 Program. Foreign nationals may look again to the American Dream and plan a future in the United States. World-class universities, top business investment opportunities, a strong housing market, and unique entertainment options will again drive foreign high-net-worth individuals to consider the U.S. a top destination country.