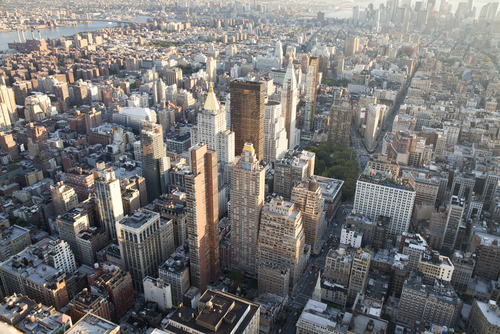 With strong support from foreign investors, New York City’s real estate market is growing rapidly.
Chinese investors have been making significant amount of economic investments. The government introduced the EB-5 program that gives green card to these Chinese investors. Norway’s Central Bank has raised percentage of the portfolio. It is everybody that’s affecting the market - Europeans, Canadians, Middle East, etc.

New York City has many investors; several large ones are REITs – trading at all-time high. However, it could improve, because the market is growing and rental increases. They have done tremendously well with the returns to the investors.

Real Estate Component:
Compared to other markets, New York City is seeing a great amount of development. World Trade Center has almost 10 million sq. feet of new supply, and Hudson Yards, which is almost another 10 million sq. feet. The inflow of money into New York City will continue to increase. Also, many of the tenants are on leases in New York - those leases turnover.
Vacancy rates are only down a couple points. A lot of the growth and rising rents are coming from the fact that money is the demand here. It is not necessarily because tenants are taking over so much space that there is space to drive up the demand from the low supply. It is being pushed faster because of all the investments coming from outside countries.

Other Components:
Currency: The strength of the dollar against euro and Canadian dollar has become extremely strong, bringing lots of foreign money into the U.S. It’s not just the real estate component of it, there is also the currency component of it - dollar itself is making profit.
Market: Other than real estate fundamentals, it is heavily dependent on the outside factors. New York is now a strong hub of technology and that will continue to grow. So when we compare everything, New York will be the best. If the market slows down, New York is not going to be the first one to slow down.