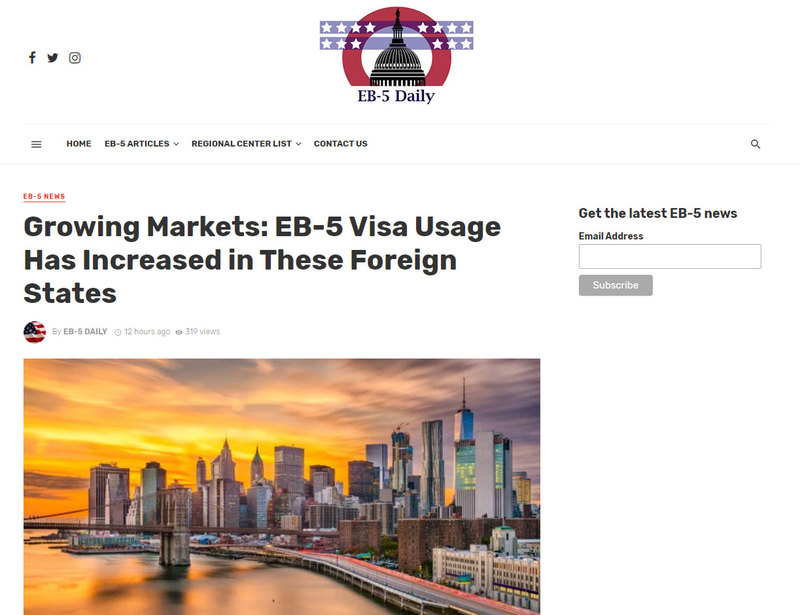 The fiscal year 2019 data released by the U.S. Department of State–Bureau of Consular Affairs, shows that these EB-5 markets stood out as experiencing an increased number of EB-5 visa usage between FY17, FY18 and FY19.

As India, Vietnam, South Korea, Taiwan and Brazil have been known top markets receiving high numbers of EB-5 visas for years we’ll look at the next fastest growing markets.

Other foreign states’ EB-5 visa numbers dropped in FY 2019. Some of these countries initially experienced growth between fiscal years 2017 and 2018, but they then had a decline in visa usage in FY 2019. These foreign states include Venezuela, Russia, Nigeria, Pakistan, Hong Kong and Mexico. Although declining in usage, some remain strong EB-5 markets:

About the data: The EB-5 immigrant visas issued for fiscal year 2019 report released by the U.S. Department of State — Bureau of Consular Affairs contains statistics from the middle of the EB-5 process. The visas are issued to investors who may have applied to the EB-5 Program 2+ years prior, since that’s how long it may have taken for their I-526 petition to be processed and for a visa to become available.

Does an investor’s foreign state (country of origin) matter? Yes, investors from these countries may see faster I-526 petition approvals… Here’s why: