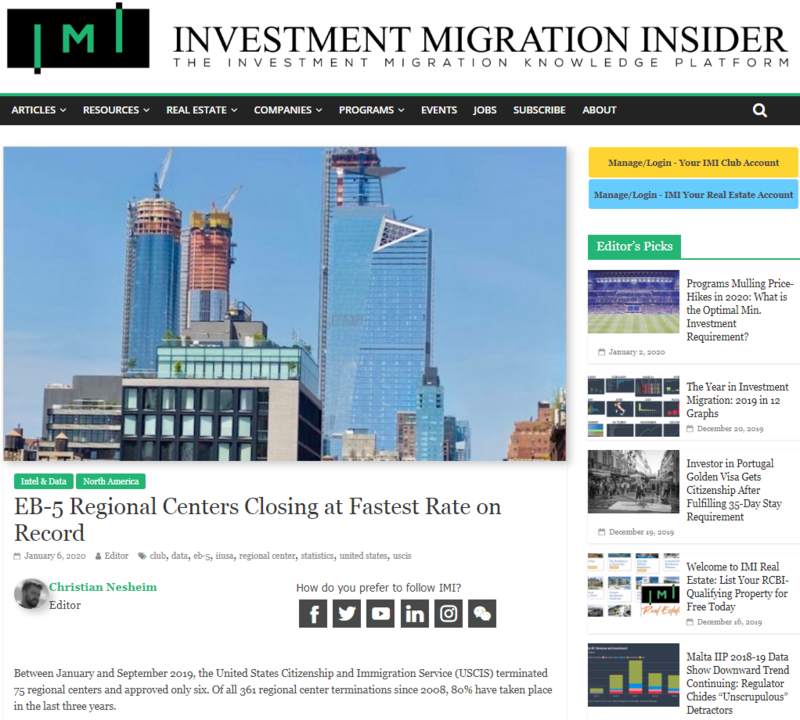 Between January and September 2019, the United States Citizenship and Immigration Service (USCIS) terminated 75 regional centers and approved only six. Of all 361 regional center terminations since 2008, 80% have taken place in the last three years.

A statistical report compiled by US immigration law firm Peng & Weber and IIUSA shows that by September 2019, the number of EB-5 regional centers had fallen by some 6.5% since 2018, from 880 to 822.

During the period, only six new regional centers gained designations from the USCIS, while 75 were terminated. The spread between approvals and terminations is the represents the greatest net deficit in regional center approvals on record. While 2018 saw a 2% net growth in the number of real estate centers, the number of terminations also reached a historic high of 130. 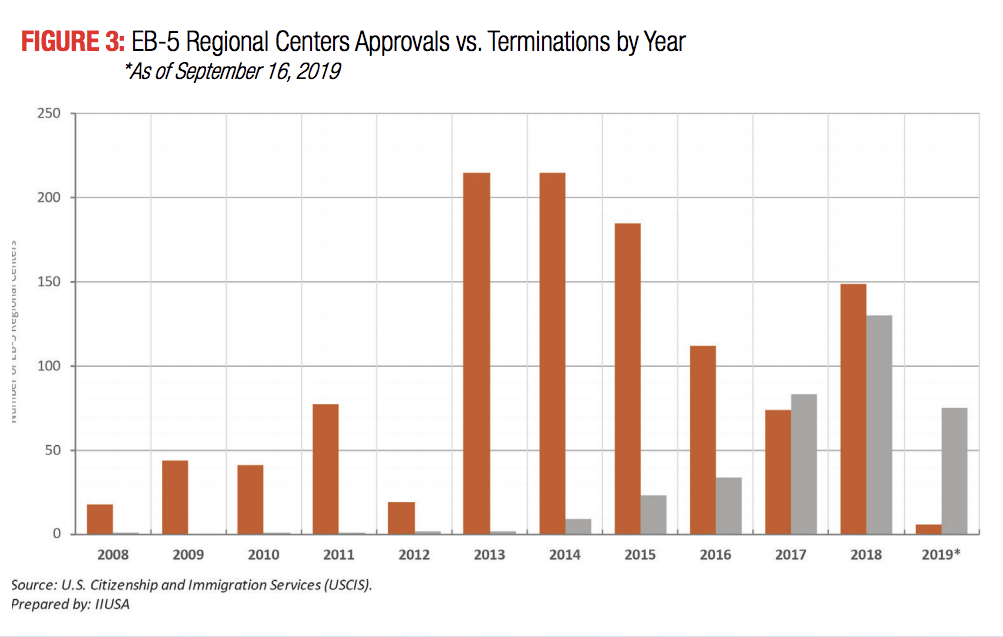 Meanwhile, a disconcerting trend of extended processing times for regional center designations (Form I-924 adjudications) is underway; while average processing times in 2010 hovered between seven and nine months, it had risen to 16-20 months in 2018. This increase, however troubling, is modest compared to the startling slow-down observed in 2019; the USCIS reports that current average wait times have reached 54-90 months (!). 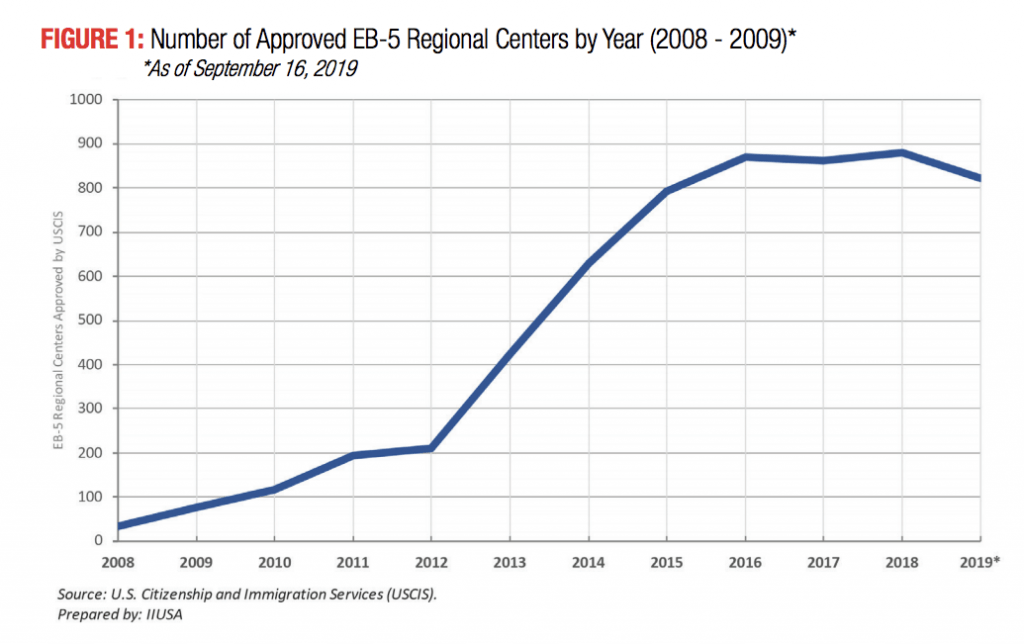 The EB-5 program has raised more than US$33 billion since opening in 1992, the overwhelming bulk of which during the last ten years. Plagued by a perennial undersupply of visas – retrogression – the program keeps applicants from countries like China and India waiting for upwards of 15 years for approval, a state of affairs that’s driven many such investors toward alternatives in Europe, and Greece in particular.