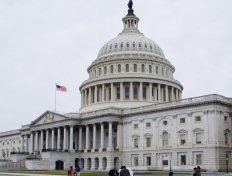 This did not come as a surprise to the commercial real estate industry, which has been watching the approaching Sept. 30, 2015 deadline with a mixture of dread and anticipation.

"As the popularity of the EB-5 program has grown in the last few years, so too has the scope of the deals its being used to fund," he says. "There is far more money at stake than there was even a few years ago."

The changes proposed in the bill -- officially called the American Job Creation and Investment Promotion Reform Act -- touched upon some of the more controversial parts of the program. It proposes strengthening oversight by Department of Homeland Security and Securities and Exchange Commission oversight and putting in place measures that would discourage fraud. Overall, national security would have a greater focus this time around.

"While the exception rather than the rule, the program is not without controversy and the few high-profile incidences of fraud have attracted attention," says Andrew Lance, a New York-based partner at Gibson, Dunn & Crutcher's Real Estate practice.

"In the current political climate, and with conservative Chuck Grassley - who has vocally expressed several concerns with the EB-5 program, including national security - replacing fervent supporter Patrick Leahy as head of the Senate Judiciary Committee, Congress is expected to revisit several hot button topics as part of any program reauthorization," he tells GlobeSt.com.

For example, the bill amends the definition of "Targeted Employment Area" to include an area consisting of a single census tract that has 150 percent of the national average unemployment rate, a closed military base, or a rural area.

The bill also raises the investment threshold to $800,000 for TEAs and $1.2 million for non-TEAs. It requires that foreign investors prove that the jobs were actually created before they secure their permanent residence status. It also set standards for Department of Homeland employees so they can't give prevent preferential treatment.

Even before the bill was introduced, Cohen at Brownstein Hyatt Farber Schreck predicted that there would be a change to the TEA designation, given the alleged gerrymandering with the process.

"This, however, is a superficial response to the perceived concern and does not take into consideration normal commuting distances for workers coming to work at TEA-designated EB-5 projects," he told GlobeSt.com shortly before the legislation was introduced. "Proscribing an arbitrary number of census tracts in a given TEA designation could unnecessarily eliminate many urban TEAs.

Cohen does not have a problem with increasing transparency and control -- given the money involved such measures are not at all unreasonable, he says.

"On the other hand, new compliance requirements redundant with existing securities law could make an already bureaucratic review process even worse," he says. "It is important to remember that EB-5 raises are already subject to all of the federal and state securities laws otherwise controlling other types of private capital raises."

"One example is Visa allocation," he tells GlobeSt.com. "There are several projects that have been completed and the original investors have still not received their Green Cards. In some cases less than half have received permanent visas although the original EB-5 Loan has reached maturity."

Also, there are no rules governing loans that came with personal guarantees as a contingency for the money to be loaned when the government originally intended this type of lending to be non-recourse, he says. "There are no rules that govern these loans, especially on commercial properties that go into default and with non-government General Partners at the helm, there is no way to regulate how a defaulted loan should be handled."

For users of the program such nuances are clearly very important. However Congress will likely focus on the more controversial aspects of the program that have made their way into the headlines.

The EB-5 program "has a very interesting mix of policy goals, including immigration, community development and employment ones," says David Reiss, a law professor at Brooklyn Law School and research director of the Center for Urban Business Entrepreneurship (CUBE).

It also has a great deal of flexibility – and many say too much flexibility, he continues. "For instance, companies have been able to characterize hot locations in Brooklyn and Manhattan as areas of high unemployment by defining the targeted employment area expansively," he tells GlobeSt.com.

"For instance, the biggest real estate project in Brooklyn, Pacific Park -- formerly known as Atlantic Yards --used nearby neighborhoods with high unemployment for an EB-5 investment located in a relatively low unemployment area," he says.

In short, "there is a lot of talk of reform of the program that comes from all different directions – raise the minimum investment amount! – ensure that the targeted employment area is more narrowly drawn! – establish national standards!" Reiss says.

"But it is too early to tell which reforms might stick."