4 years later, city 'beyond confident' that $205M revamp of 10th and Capitol area is moving forward 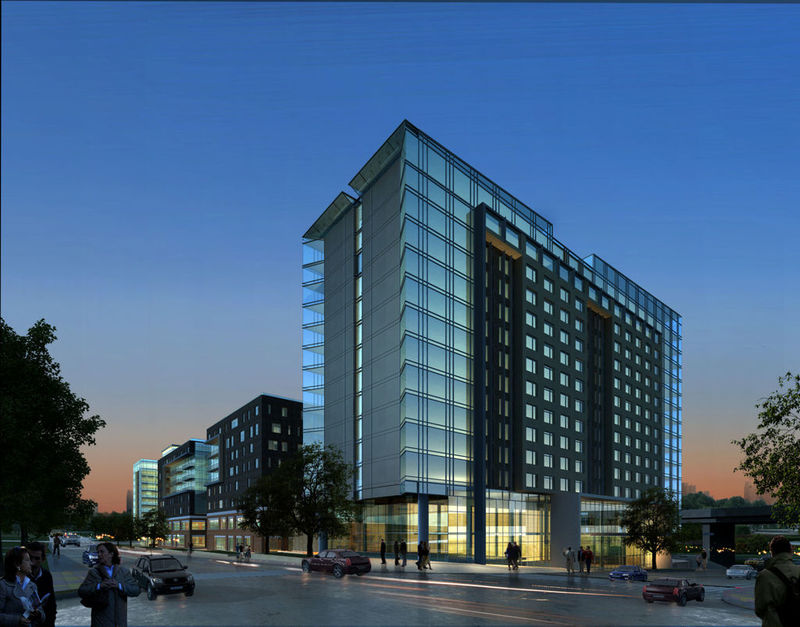 It’s been four years since Omaha officials selected Shamrock Development to transform a key downtown site, and a year since they gathered for a groundbreaking ceremony heralding the start of the $205 million project.

On Monday, Shamrock President Mike Moylan said the long-delayed Capitol district project indeed is back on track and expected to be open in 2017.

There are signs that this time, the project will get off the ground — something city officials say is a certainty.
For starters, orange construction barricades and fencing are going up around the 10th Street and Capitol Avenue area so ground preparation work can begin.

Also at the site, nearly 500 parking spaces used traditionally for College World Series fans will be out of commission because the pavement is to be torn up starting this week.

General contractors are assembling electrical and other subcontractors for their respective portions, and MCL Construction said it plans to begin building structures in October or November.

Necessary city permits have been issued, and financing pieces were closed on a week ago, said Cassie Seagren, Mayor Jean Stothert’s deputy chief of staff for economic development.

“I would say we’re beyond confident,” Seagren said Monday. “Any doubt that it’s moving forward would be false.”
Moylan said he and his partners have acted conservatively and would not be tearing up and preparing the land if not “entirely” sure the project in its totality would come together.

“It’s been a long haul; we did experience some delays,” Moylan told The World-Herald. “We don’t see anything that’s going to prevent the entire development from being completed.”

The scope of the project has not changed, Moylan said. Between 10th and 12th Streets, Capitol Avenue and the Interstate will rise a 333-room Marriott hotel, 226 rental apartments, 125,000 square feet of office space, a parking garage with up to 500 spaces and a central plaza that could play host to large outdoor events. 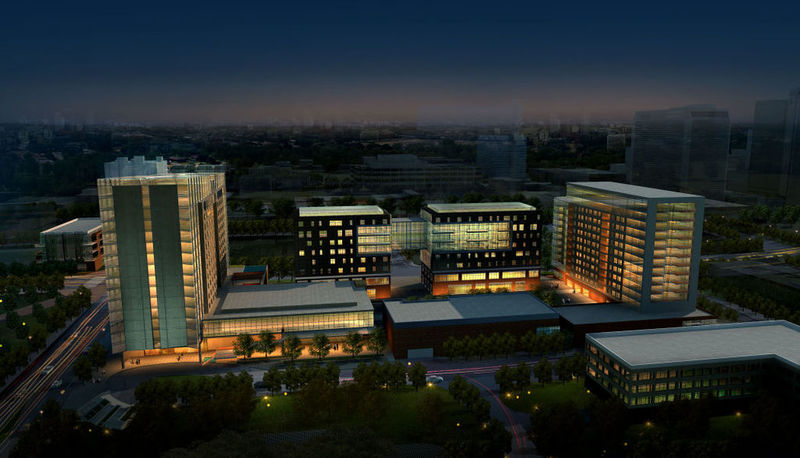 Moylan is interested in making the Capitol district Omaha’s first so-called entertainment district, but he said steps toward getting approval for that designation are still underway. If the City Council approved the district, people would be able to openly carry alcoholic beverages in the development’s open plaza space.

Construction will begin first on what Moylan described as primary components, the hotel, apartments and the parking garage.
The full-service, 14-story hotel proved to be a difficult piece, Moylan said, noting that similar anchor hotels in downtown business districts are often funded publicly, similar to the city-owned Omaha Hilton.

In the case of the Capitol district project, Moylan said he has tapped local investors and traditional bank financing as well as foreign investors who are participating under a federal visa program known as EB-5. Under the program, international investors who help create jobs and development can earn U.S. green cards.

“To get our EB-5 investment in place properly took more time than expected,” Moylan said.

While that process was complex, Moylan said, so was coordinating the various parts of the development so the hotel, housing and retail space could open together in the relatively small geographical area, which once was the site of a Pinnacle Foods plant.
Seagren, who has monitored progress on behalf of the city, called the Capitol district construction a “huge” step forward in bringing more top-notch entertainment and events to Omaha. She said it also should jump-start redevelopment of north downtown Omaha near the CenturyLink Center.

“The hotel piece will really help as we continue to attract larger conventions,” she said. “It’s not just buildings going up, and higher and better use of a piece of property — there are tourism and all kinds of positive effects.” 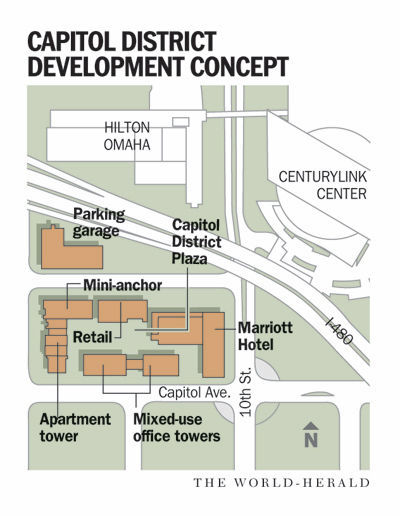 Tourism officials have said Omaha needed another full-service hotel — especially near the convention center — to compete with other midsize cities, such as Louisville, Kentucky, and Kansas City, Missouri.

Moylan, a downtown dweller who has been developing downtown since the 1990s, called the mixed-use project a key connector that will link north downtown, the downtown office district and the riverfront.

Among Shamrock’s other developments are the 1009 Capitol Building and the 1000 Dodge Building, which house condo lofts, DJ’s Dugout Sports Bar and Nosh Wine Lounge. He renovated the Paxton at 14th and Farnam Streets into upscale condos. More recently, Shamrock partnered in rehabilitating the vacant Barker Building downtown into commercial space and 48 apartments, and developed the 1501 Jackson 75-unit apartment complex.

MCL Construction, which built the recently opened 1501 apartments, also is building the apartments in the Capitol district.
“We’ve begun signing up subcontractors; that is in fluid motion as we speak,” said MCL’s Travis Justice. “We are set to mobilize on site this fall when site work is complete.” 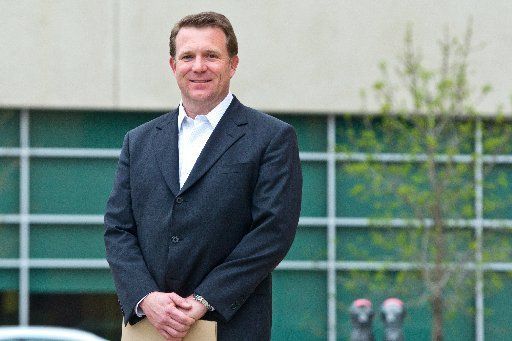 Moylan’s alignment with Marriott and his experience in downtown development were noted as reasons the city and Metropolitan Entertainment and Convention Authority in 2011 selected the Shamrock team over two competing proposals to develop the city-owned property.
Then-MECA board Chairman Jim Vokal said of the Shamrock proposal: “It’s a complete proposal with a great hotel flag and an experienced downtown developer.”

Coming off the failure of a developer to complete a proposed tower on land home to Union Pacific’s old headquarters, city officials said at the time that they were aware of the need to find a developer capable of carrying its concept to completion. The former U.P. headquarters lot still is vacant.

The City Council approved up to $35 million in tax-increment financing for the Capitol district project. Progress was slowed as Shamrock worked to find a hotelier willing to open a full-service facility and to land financing.
Moylan said he foresees completion around the spring of 2017.

“We certainly expected to get started earlier,” Moylan said. “We held off to make sure we have all our ducks in a row.”