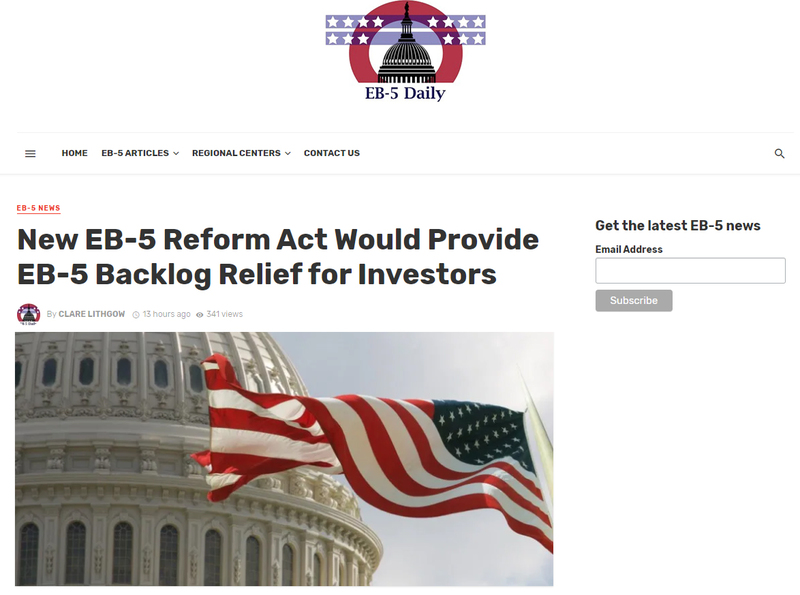 New Limited Relief for Investors Stuck in the EB-5 Backlog:

The Act would allow EB-5 applicants who have approved I-526 petitions and who have waited for at least three years since they filed their petitions to (along with their dependents) qualify to travel to the U.S. and obtain work authorization while they waited for visas to become available. This could provide tremendous relief for investors from Mainland China who have estimated visa wait times well above 16 years.

Other major changes this bill would enact include:

This EB-5 Immigrant Investor Program reform bill must pass the Senate, the House and be signed by the President before it becomes law.