Board to deliberate over closing Utah charter school 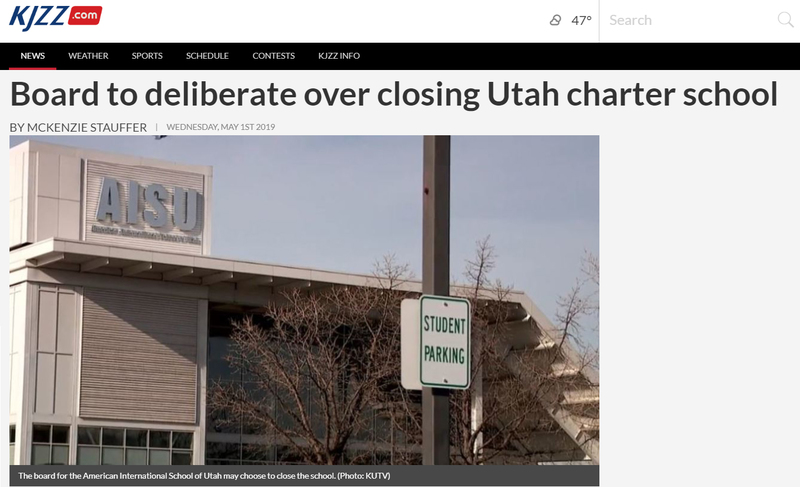 The board for the American International School of Utah may choose to close the school.

The American International School of Utah (AISU) may soon close its doors for good.

After a board meeting on Tuesday, the governing board of AISU has decided to reconvene on Wednesday night to discuss whether or not the school will close, according to a letter written by Tais Young, the executive director of the school.

Young will be hosting a meeting for parents on Wednesday from 4 to 5 p.m. Other school directors and members of the board will also be in attendance.

The letter states, "We are all shocked at the quick progression of these issues. The best interests of our students, families and staff continue to be our number priority."

Parents are also invited to attend the board meeting at 8 p.m.

2News Reporter Chris Jones listened to an audio recording of the Tuesday night board meeting, which stated the charter school was using $500,000--that was intended for special education--to pay other bills.

Other financial trouble AISU is facing is because of the EB-5 program. The school used to be part of the program which allowed foreign investors to get green cards for investing in U.S. businesses.

It appears the investors gave the charter school money and got their green card apps denied, according to the board meeting recording. Those investors now want their money back--which totals approximately $5 million. AISU is the only school in Utah that was a part of the 5B-5 program. 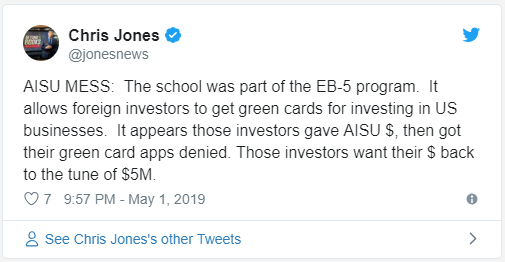 In January, 2News reported about the troubles AISU has faced since it first opened in August 2014.

A 2018 audit revealed that in a sample of 75 financial transactions, 78% lacked the proper documentation for the spending--which totaled $125,933. According to financial records, AISU has been in debt every year since it opened.

Schools reports show less than 60% of its students graduated and its more than $1 million in debt.

The Utah State Charter School Board has kept an eye on AISU and the $12 million it receives from Utah taxpayers. It gave the charter school a warning around the new year.