More than 5,200 affluent real estate buyers and investors from Beijing and Northern China attended the invitation-only event. The 2015 LPS Beijing show featured an impressive collection of some of the world's most exclusive and coveted luxury properties around the globe, with more than 35 participating countries.

Miami was one of 220 global cities showcased at the show. China is one of the fastest growing segments of South Florida foreign buyers, and the Asian country's interest should only increase due to Miami's world-famous lifestyle, leading education institutions, expansive designer shopping, strong economy, great weather, clean air, walkable districts, and secure investments.

"The presence of Chinese buyers in South Florida is definitely growing," said 2015 MIAMI Residential President Christopher Zoller, who participated in the showcase. "South Florida has long led the nation in international real estate sales, and we feel very strongly that China, the world's most populated country, will only increase Miami real estate sales to foreign buyers."

MIAMI has facilitated several events to help its members better advertise their properties in China. In 2013, MIAMI made a market-presentation in San Francisco to a group of 100 top Chinese brokers with SouFun, which operates one of the leading real estate Internet portals in China. MIAMI also hosted a dinner last fall in Miami for the Chairman of the Chinese Real Estate Association and their delegates.‎ MIAMI members also have special pricing for their properties on SouFun, now Fang.com.

Chinese Consumers Buying More South Florida Properties
China is one of the fastest growing segments of South Florida international buyers, according to a recent survey conducted by the National Association of Realtors (NAR) for MIAMI. Chinese buyers represented 2 percent of all international closed sales in Miami-Dade and Broward Counties in 2014. That's a 50 percent increase from 2012 and 2011 when China comprised 1 percent of transactions.

About 81 percent of foreign clients paid all cash for South Florida properties, compared to 60 percent of international buyers purchasing homes elsewhere in the U.S., the MIAMI survey showed. MIAMI's international clients spend a mean purchase price of $444,000 on properties, which is significantly higher than the mean purchase price $245,500 nationally.

Miami is in position to increase its Chinese international investments. PortMiami, the top-ranked container cargo port in Florida with 900,000 TEUs handled each year, is in the process of deepening its channel from its current 42-foot depth to 50-52. When the $2 billion deep dredge project is completed in 2015, PortMiami will be the only U.S. port south of Norfolk, Va. that can accommodate the new, mega cargo vessels that will pass through the expanded Panama Canal. PortMiami hopes to become a transshipment hub for manufactured goods coming from East Asia. 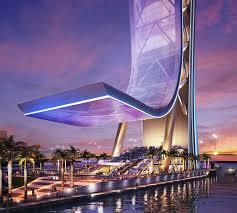 Other planned Miami projects are also recruiting Chinese investors. SkyRise Miami tower developer Jeffrey Berkowitz is looking to raise money for his project from foreign investors seeking permanent residency in the U.S. through the EB-5 visa program. SkyRise Miami is a proposed 1,000-foot high steel and glass structure that Berkowitz has called Miami's version of the Eiffel Tower. Once completed, SkyRise Miami will be the largest observation tower in the U.S.

Passed by Congress in 1990 to encourage foreign investments in the U.S., the EB-5 program grants permanent U.S. residency to investors (as well as their immediate family members) who create at least 10 domestic jobs and contribute at least $500,000 to $1 million in a U.S. business venture. About 8,000 people from China received EB-5 visas in 2014. No other country had more than 200 applicants.

About the MIAMI Association of REALTORS
The MIAMI Association of REALTORS was chartered by the National Association of Realtors in 1920 and is celebrating 95 years of service to Realtors, the buying and selling public, and the communities in South Florida. Comprised of five organizations, the Residential Association, the Realtors Commercial Alliance, the Broward County Board of Governors, the YPN Council and the award-winning International Council, it represents more than 35,000 real estate professionals in all aspects of real estate sales, marketing, and brokerage. It is the largest local Realtor association in the U.S., and has official partnerships with more than 125 international organizations worldwide. MIAMI's official website is http://www.miamire.com.