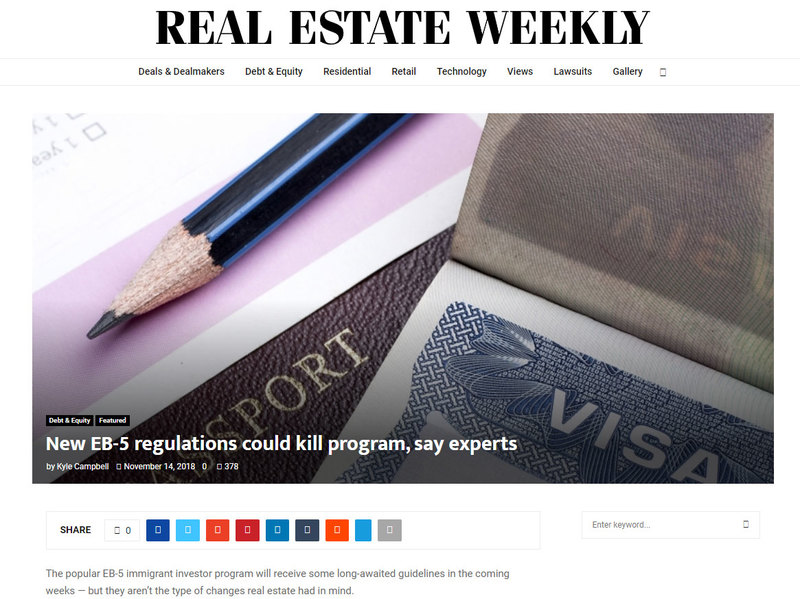 The popular EB-5 immigrant investor program will receive some long-awaited guidelines in the coming weeks — but they aren’t the type of changes real estate had in mind.

After spending years in legislative limbo, the federal government’s EB-5 visa policy will not get the congressional tune-up desired by developers and investors.

Instead, it will be slapped with new regulations that proponents worry will capsize the program and cut off a vital source of capital. 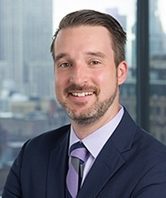 “The changes will raise the investment amount, change the way targeted employment areas are calculated and essentially make the program harder to participate in than it already is,” said Sam Newbold, an EB-5 specialist at the law firm Chiesa, Shahinian & Giantomasi.

“They’re looking at minimum investments of $1.35 million and $1.8 million, which will essentially kill the program.”

Along with increasing investment minimums, U.S. Citizenship and Immigration Services and Homeland Security will take over the drawing of eligible investment areas — something currently left to individual states — as part of a new regulation package set to come online as soon as this month.

EB-5 sits at a political crossroad for President Donald Trump, pitting job creation and business deregulation against immigration. However, with Congress unable to address the issues plaguing the fast-growing program, the Administration has stepped in and it appears the desire to strengthen borders has beat out corporate interests.

“If you look at it on the surface, it flies in the face of what the Trump Administration is trying to accomplish and it’s just because the program includes the dirty word of immigration,” Newbold said. “It’s an immigration policy that is to just say no, the results be damned.”

Created in 1990, EB-5 became a popular source of alternative lending after the financial crisis of 2008 and the subsequent bank regulations handed down in 2010. In 2007, there were 11 sanctioned EB-5 sponsor organizations, known as regional centers. As of this summer, there were more than 900.

“IF YOU LOOK AT IT ON THE SURFACE, IT FLIES IN THE FACE OF WHAT THE TRUMP ADMINISTRATION IS TRYING TO ACCOMPLISH AND IT’S JUST BECAUSE THE PROGRAM INCLUDES THE DIRTY WORD OF IMMIGRATION.”

The program and the money it’s brought to the U.S. have been a boon for developers, though primarily in New York and California. Much of Hudson Yards, for example, was financed with money aggregated through the program. Most of the investors come from China.

However, as the program has increased in popularity, its laissez-faire underpinnings have become problematic.

Instances of mismanagement and outright fraud are on the rise and legitimate sponsors are dealing with the reputational fallout.

“In the last decade, the program has been re-authorized by Congress without added safeguards or tools for the Department to better operate the program,” Cissna told the committee. “In the absence of legislative reforms, Congress should consider allowing the program to expire.”

Meanwhile, only 10,000 of these visas are granted a year, so some investors will have to wait more than a decade to complete the process. With the typical development loan maturing in three to five years, most Chinese investors in the program will have to redeploy their capital two or three times to get their visas, which comes with its own set of issues. 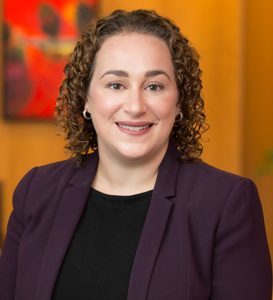 “There’s been an uptick in incidents of investors suing EB-5 providers or borrowers and it’s directly related to the backlog,” said Emilie Cooper, a lawyer with Haynes and Boone.

“Prior to the backlog, no redeployment was necessary. They would have just been repaid and gone on their merry way.”

Many in the real estate industry — particularly lawyers that work with these funds — have hoped for clearer rules and stricter oversight on the program, which is essentially self-governed until things go wrong.

Some have also lobbied for more EB-5 visas, or a different allocation system, which guarantees each eligible country a proportionate share; hence the heavy share of Chinese applicants.

However, those changes would require an act of Congress, which has been decidedly inactive on the legislative front in recent years.

Some in the industry have written off the pending regulations as a symptom of an anti-immigration White House and a more enforcement-minded USCIS — both of which may be true — but the EB-5 policy shifts were actually introduced in January 2017 as one of the last acts of the Obama Administration.

“PRIOR TO THE BACKLOG, NO REDEPLOYMENT WAS NECESSARY. THEY WOULD HAVE JUST BEEN REPAID AND GONE ON THEIR MERRY WAY.”

As beneficial as the program’s current set up may be for major market developers, EB-5 has had little impact on the middle of the country, with some 90 percent of the $16 billion brought in annually remaining on the coasts. States’ ability to gerrymander impact zones hasn’t helped spread the wealth either.

Given the backlog of investors, which, under the proposed legislation, would get to keep their place in line, USCIS does not believe the country will be hurting for foreign investment any time soon.

Meanwhile, the USCIS said it will remain part of the chorus of voices urging Congress to make changes to EB-5. “Congress created the EB-5 program to benefit U.S. workers, the economy and our communities by providing an incentive for foreign capital investment in the U.S., and ultimately to create jobs,” said USCIS spokesman Michael Bars.

“We urge Congress to enact needed reforms to the program to protect the U.S. as well as foreign investors.”