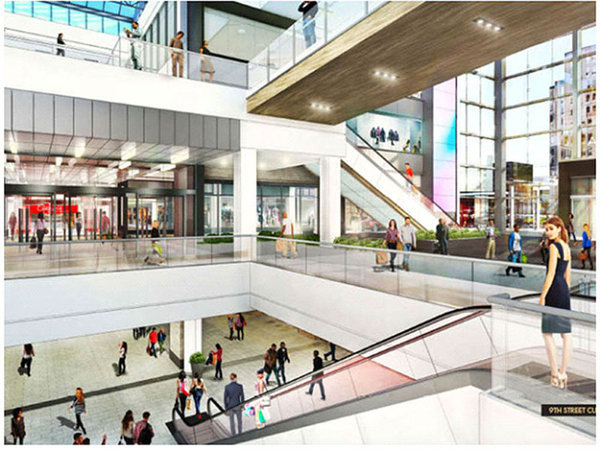 The Pennsylvania Real Estate Investment Trust and the Macerich Co. say it will take $325 million in new investment to transform the Gallery at Market East into what they are calling Fashion Outlets of Philadelphia.

That is on top of the $250 million already spent by PREIT to assemble what had been privately owned property in the project area, bringing the total development cost to about $575 million.

The rest of the area still owned by the Philadelphia Redevelopment Authority will be conveyed to the developers as part of the revitalization plan being reviewed by City Council.

Here is a look at where the $325 million in new spending - for construction, renovation, and other costs - will come from:

Philadelphia funds: PREIT and Macerich plan to borrow $55 million that will be repaid over 20 years with city tax revenue it gets to keep through an arrangement called tax increment financing. The total cost to the city over that term, once interest is figured in, will be $127.5 million.

Pennsylvania funds: The state has awarded the developers $14.5 million from three grant programs, including the Redevelopment Assistance Capital Program, which targets development projects with the potential to jump-start economic development and employment. The developers have applied for $20 million more from that program.

Company spending: The developers plan to pay $234.5 million of the project costs themselves. Of that amount, $100 million will be borrowed through the federal EB-5 program, which offers U.S. visas to overseas citizens who invest in big, job-creating projects here.

Separately from the development costs, Philadelphia would commit $175.2 million over 43 years to maintain common areas of the Gallery, a continuation of a financial responsibility it has borne since the mall's opening. PREIT has cited a $58 million figure for this spending in the past, which is the amount in today's dollars.