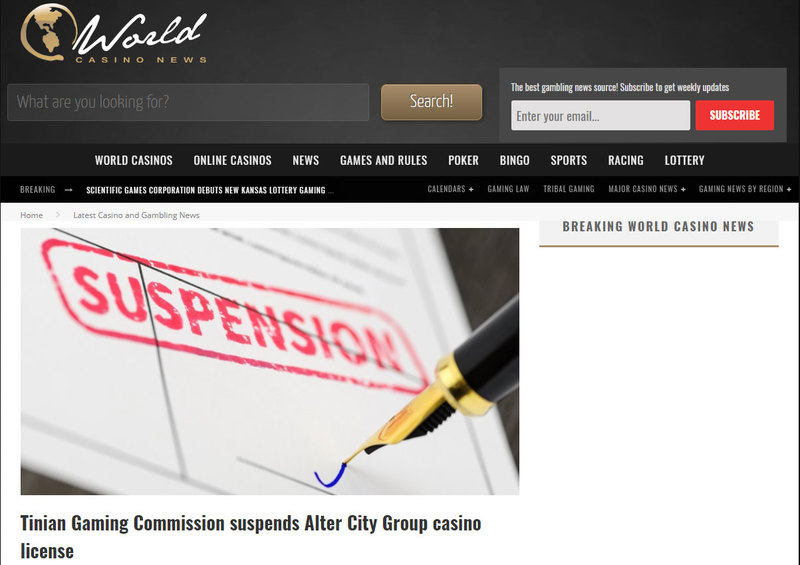 The Tinian Casino Gaming Control Commission has suspended Alter City Group’s casino license for failing to pay its annual license fee for its planned $1.7 billion Plumeria Golf and Casino Resort at Nasarino Beach on the Northern Mariana Island of Tinian.

According to the Marianas Variety newspaper…

William Cing, Executive Director for the Northern Marianas Islands gaming commission, said that according to the terms of the licensing agreement the Macau-based developer is required to pay an annual license fee of $500,000 for a period of 40 years.

According to Cing, the company failed to pay the fee in 2017 and has yet to do anything with the property since they broke ground on June 28, 2016.

“According to their update they are having problems with [their] financial scheme, so now they want to apply for the EB-5 investor program so they can invite other investors…. That’s the scheme they are working on right now, which is very different from the one in their presentation when they first proposed to undertake a billion-dollar investment project on Tinian.” 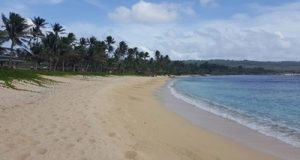 Cing, added, “They are having problems all over the place. On top of that, they are also having problems with the casino commission because their license was automatically suspended because they have not paid their annual license fee for fiscal year 2018. So the license has been suspended for over a year now, and they cannot do anything without a license.”

According to Cing, the commission has given Alter City Group “time to pay and fix the problem — there is no specific deadline but, if they continue not to pay, I will present their case before the commission for final action.”

He added that next step will be to issue a notice to the developer to show cause as to why the commission should not revoke their license.

However, Cing remains hopeful that the Macau firm will move forward with the project.

In regard to the commission’s investigation findings, commissioner Lydia Barcinas expressed concern at the time about the lack of transparency regarding the developer’s source of funding. During public comments, Lucia Blanco-Maratita, former commission executive director, pointed out Tinian’s mistakes of the past with casino applicants getting license approval and not producing any money for the island. 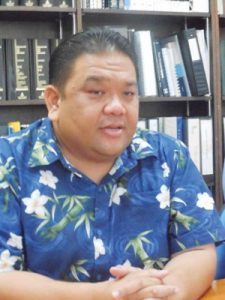 In spite of the skepticism, the public hearing held at the Tinian Superior Court and casino license approval met with the full support of Tinian Mayor Joey San Nicolas, as well as Sen. President Francisco Borja (Ind-Tinian), and other Tinian leaders. San Nicolas said, Tinian has had to overcome many setbacks over the past year that culminated with the closure of its only casino, the Tinian Dynasty Hotel & Casino.

Plans for the resort include 5,500 rooms, villas, and apartments and a golf course. Hotels would have multiple towers, pool and spa facilities, farmers markets, community centers, as well as luxury retail outlets throughout more than 150 hectares (approximately 360 acres). Meanwhile, the casino’s 265,000 square feet of gaming will span three floors and include 250 slot machines and 100 table games with mass gaming areas and VIP rooms.

Request for proof of financial ability:

According to the newspaper, in a different interview, Department of Public Lands Secretary Marianne C. Teregeyo said that in 2014, 152 hectares of land on Tinian was leased for 25 years by Alter City Group for $300,000.

Teregeyo said that they have requested that the company submit a report regarding its financial ability by the 30th of September.

Operations manager for Alter City Group, Joe C. Chen, said that they are waiting to receive their EB-5 application, according to the Marianas Variety.