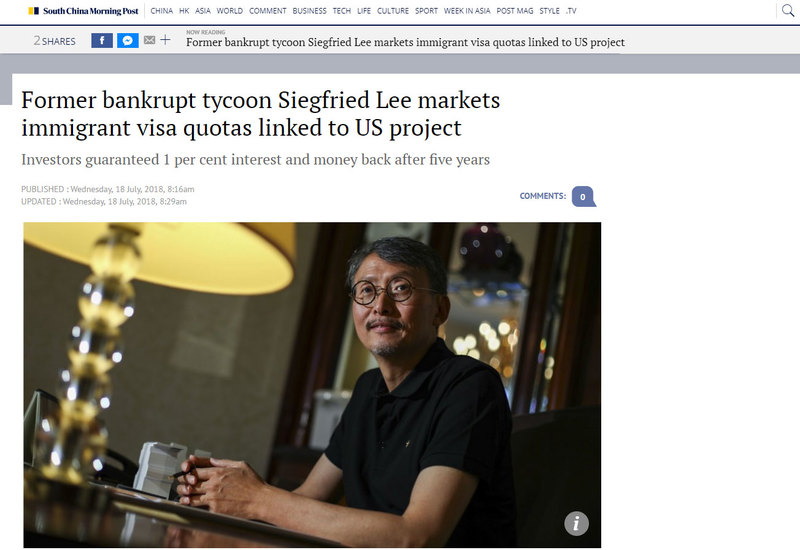 Bankrupt manufacturing tycoon Siegfried Lee Siu-fung, who once owned the most expensive house in Hong Kong, has moved into property development in the US, targeting investors from the city and China seeking residency status through an investment visa programme.

Lee moved his base out of Hong Kong to the US after his company Siu-Fung Ceramics Holdings was delisted in 2000 and he was declared bankrupt in 2001.

He recently returned to the city, where he gained fame and notoriety in equal measure for insider-trading violations, with the sole purpose of marketing the EB-5 immigrant investor visa programme linked to his project in Houston, Texas. 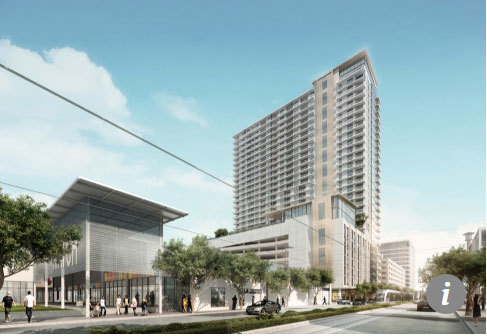 “We are building a single block in Houston. We are considered as qualified project with a grant of 59 immigration quotas through the EB-5 immigrant investor visa programme. This time, we are not selling the units, but the quotas, ” said Lee, who is now the chief executive of Roy Ceramics, the developer of the property.

The programme allows foreigners, who invest US$500,000 in qualified projects in the US to apply for permanent resident status for themselves and their families.

Lee said the money will be returned to investors within five years. “Investors will be given one per cent interest rate per annum and we will use the money to invest into other projects.”

Apart from property investments in the US, Roy Ceramics, whose shares are listed on the Frankfurt and Vienna stock exchanges, manufactures ceramic sanitary ware, bathroom amenities and accessories. 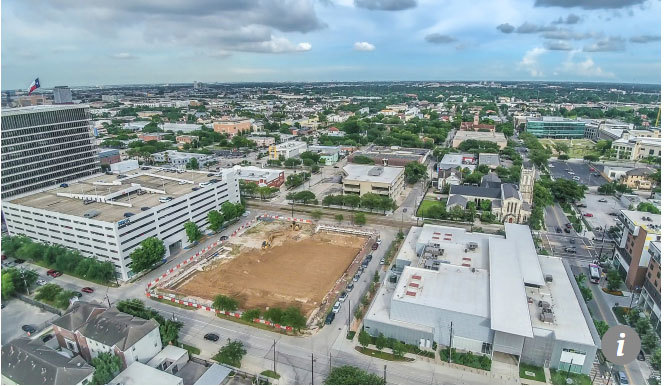 “As Hongkongers are complaining about property prices hitting unaffordable levels, homeowners should consider selling and use part of their profits to buy a bigger home in the US,” said Lee at a marketing event in Hong Kong on Sunday. This was preceded by another event in Shenzhen on July 13.

Houston’s property market is on a red hot streak. Property sales hit an all-time high in June, with volumes reaching 8,518, up 1.8 per cent from the previous June, according to a monthly report from the Houston Association of Realtors released Houston last week.

Lee said the US$130 million project has received US$90 million in finance from Goldman Sachs.

Asked whether his personal history would affect the credibility of the project, Lee shot back: “How will Goldman Sachs provide project finance to us if they have doubts about the project?”

Lee, born in Bangkok in 1958, graduated from the Shanghai Jiao Tong University with a bachelor’s degree and later obtained his master’s degree in ceramics engineering from the South China University of Technology in Guangzhou.

Lee shot to fame in the early 1990s when Siu-Fung Ceramics became one of the most sought-after stocks and Hong Kong Business Awards named him young entrepreneur of the year in 1993.

The same year, Lee set up a sanitary ware factory in Beijing with state-of-the-art German equipment and technology.

But the macroeconomic control in China, overexpansion and the liquidation of its German subsidiaries sent Siu-Fung Ceramics into a tailspin that led to its delisting and winding-up in 2000 with huge debts.

The company’s creditors sold the house to Kadoorie family in 2000.

Looking back, Lee said his business failed because he wrongly gauged the investment environment in China.

“Remote control does not work when you make investments in China. If you invest in Beijing, you have to live in the city. It helps you to closely monitor the environment,” said Lee.

“But I don’t think I’m a total failure. I have made Roy Ceramics become a listed company.”