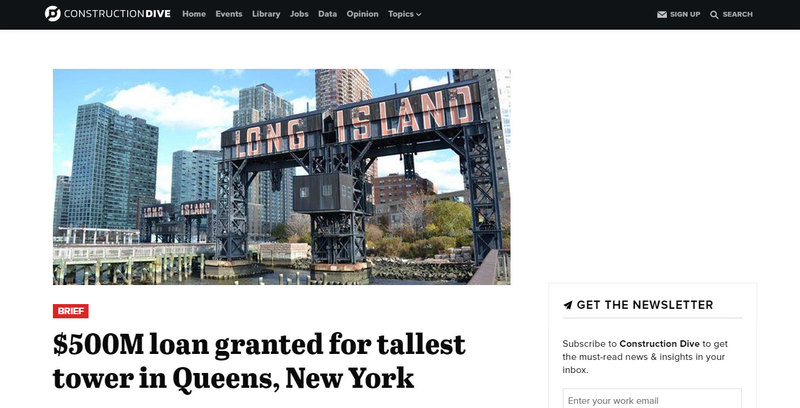 CIM Group scored an even bigger loan recently — more than $600 million for a mixed-use high-rise residential tower in Brooklyn, New York. The three-acre site at 85 Jay Street in the borough's Dumbo neighborhood will offer a 730-unit mix of for-sale and rental units and will feature 90,000 square feet of parking, retail and amenities. Like the first condos at City View, the 85 Jay Street tower is projected to wrap up in 2021. CIM is developing the project in conjunction with developer LIVWRK.

Traditional lenders are easing up a bit on tight lending standards in the face of competition from nontraditional lenders, who are willing to assume more risk and are able to operate outside the U.S. banking regulatory system. However, developers are still exploring alternative financing through options like pension funds and EB-5 visa financing.

High profile projects like the $25 billion Hudson Yards development in Manhattan have taken advantage of EB-5 investments, which foreign nationals make in exchange for speedy processing of their green card applications.

The EB-5 program is highly regulated but has come under fire in recent years after abuses were uncovered. The most recent case is that of a Vermont developer who allegedly gave immigration attorneys $25,000 kickbacks for each foreign investor they brought into his Jay Peak Resort project. The state-run Vermont EB-5 Regional Center, which was supposed to provide oversight for local EB-5 projects, has been shut down by the U.S. Citizenship and Immigration Services.