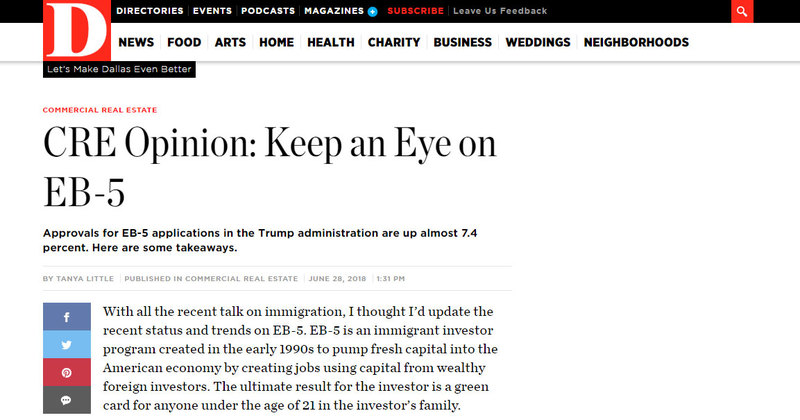 Approvals for EB-5 applications in the Trump administration are up almost 7.4 percent. Here are some takeaways.

With all the recent talk on immigration, I thought I’d update the recent status and trends on EB-5. EB-5 is an immigrant investor program created in the early 1990s to pump fresh capital into the American economy by creating jobs using capital from wealthy foreign investors. The ultimate result for the investor is a green card for anyone under the age of 21 in the investor’s family.

We continue the “status quo” in Congress. The program has been under continued review for reform for several years now. Many believe the likelihood of Congress making this a priority in 2018 seems slim, especially considering the recent immigration issues and press earlier in the year around the Trump family’s EB-5 real estate investments.

While once a popular program focused on China, the program spans investors from many countries. Recent trends show that India applications for EB-5 visas are on the rise.

It is still unknown how President Trump’s new tax plan will impact permanent residents in America.

There are plenty of new developments right in our own backyard that were built with EB-5 equity. Those that use EB-5 as a form of capital can find it challenging to raise but a good, stable source of equity. While the program has had its share of corruption in the past, honorable developers which support the program want to see it’s continued success.