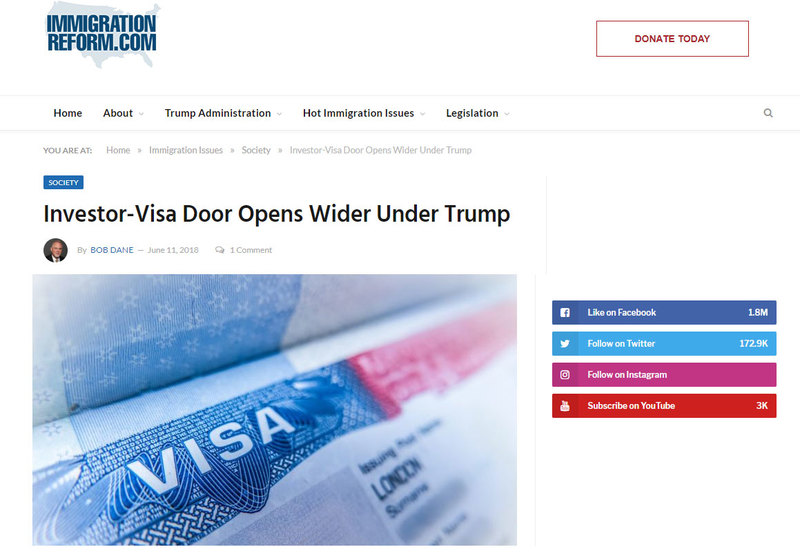 America’s troubled investor-visa program is getting a surprising and distressing lift from the Trump administration. Instead of tighter vetting of foreign nationals seeking green cards, more applicants are gaining entry into the U.S. via the so-called “golden visa.”

Compared with the Obama era, denials of EB-5 applications have dropped from 15.3 percent to 7.9 percent, according to new analysis by the Center for Immigration Studies.

This is a troubling trend for anyone concerned about the integrity of our immigration system. FAIR, along with multiple media outlets, has reported on the national security and fraud implications of the EB-5 program. The Obama administration set a low standard for admission; it’s alarming that the bar may be going even lower.

Increased approvals of EB-5 visas for foreign nationals who effectively buy their way into the country merely invite more mischief.

It’s still early, though. Approval-denial data are only available for the first nine months of the current administration.

Whatever Trump appointees do, or don’t do, to take administrative control of EB-5, Congress must get serious about strengthening the accountability and performance requirements of the program it created.

In a letter to the president last week, Sen. Charles Grassley, R-Iowa, asserted that EB-5 is “riddled with fraud and serious vulnerabilities that present real national security concerns” and has strayed far from its intended purpose.

If EB-5 cannot be mended, it must be ended.