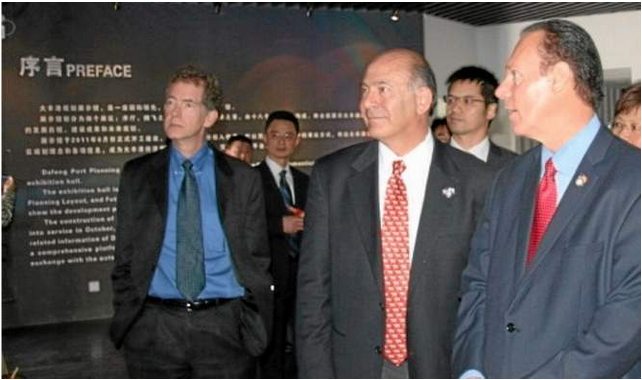 Carson is going back to the drawing board after spending about $100,000 in an unsuccessful quest to find foreign investors willing to set up local businesses.

The City Council voted unanimously to cancel its contract on Tuesday with consultant Kourosh Hangafarin, who was hired late last year after considerable lobbying by former Mayor Jim Dear. But Hangafarin acknowledged on Tuesday that he failed to deliver any results.

“I feel embarrassed myself that I haven’t been able to fulfill as I would want to fulfill my task,” Hangafarin told the council. “But my hands were 100 percent tied by the contract. Every time I would ask for anything (from city staff), I would be denied.”

Hangafarin said he was stymied without city support to create a regional center for a federal program, known as EB-5 Immigrant Investor, that would allow the city to make deals directly with investors, who would then receive citizenship rights in exchange for an investment of $1 million or more into a job-creating business.

“Why are we trying to reinvent the wheel here if Los Angeles County has something that’s working and they have staff in place that are making it work?” Davis-Holmes said. “My personal opinion is we got the wrong consultant and the wrong staff person on this project. We have more to offer any other city, but what are we getting? I’m not pleased with what I’m seeing at all.”

Hangafarin has worked with Southern California politicians for decades, seeking appointments to commissions and work as a consultant. In 2005, he faced an ethics investigation for signing an unauthorized trade agreement with a Cuban food agency to export food and medicine to San Diego while on that city’s Port Commission. The investigation cleared him of wrongdoing but revealed two bankruptcies and inaccuracies in his resume.

Hangafarin came to Carson in 2012, when he was hired as a consultant for American Logistics International, a cargo transport handling and warehousing operation started by Chinese investors who took advantage of Los Angeles County’s EB-5 Immigrant Investor program.

Hangafarin and Dear began working closely last year, traveling together for a 10-day trip to China. Hangafarin reported getting “overwhelming” Chinese interest in foreign development plans for Carson. But he had none to report on Tuesday. The city spent about $70,000 for the China trip and Hangafarin’s related expenses, such as bringing pens with the city’s logo to various meetings.

In October, Dear and his council allies pressured staff members to work with Hangafarin though city officials complained that he was making unreasonable demands.

Hangafarin’s initial proposed contract “shifts all risk onto the city and none to the consultant, and therefore may not be in the public interest,” Hernandez said. “There is no guarantee that this proposal will result in added” investment.

But council members charged forward anyway after reducing Hangafarin’s requested pay to $5,000 per month. He was told to deliver monthly reports on his progress.

On Tuesday, he said that in his six months working as a city contractor, he had conversations with 16 people interested in financing projects in Carson. But he was unable to get any firm commitments to move forward.

Mayor Al Robles said he was disappointed in the failed efforts because he triumphed foreign-direct investment opportunities in his last campaign for office.

“We seem to be doing everything we can to make sure we don’t capitalize on” foreign-direct investment opportunities, Robles said. “I think this program needs to be reconsidered, reevaluated, rethought. Somehow, we seem to be tripping over ourselves in failing to capitalize on these opportunities.”