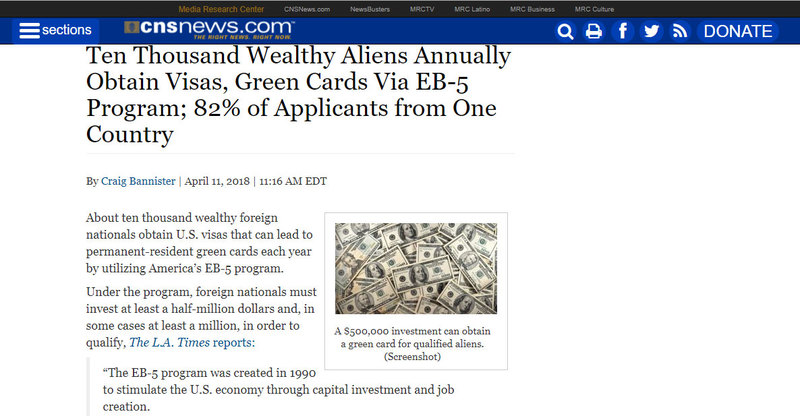 Under the program, foreign nationals must invest at least a half-million dollars and, in some cases at least a million, in order to qualify, The L.A. Times reports:

“The EB-5 program was created in 1990 to stimulate the U.S. economy through capital investment and job creation.

“Foreigners can qualify for permanent U.S. residency — a green card — if they invest at least $1 million in a new business venture that creates at least 10 jobs. The threshold drops to $500,000 for investments in high-unemployment or rural areas.”

EB-5 immigrants can obtain U.S. residency for their spouses and unmarried children (under 21).

Congress created the EB-5 immigrant visa category to benefit the U.S. economy by providing an incentive for foreign capital investment that creates or preserves U.S. jobs. The process begins with applicants filing an “Immigrant Petition by Alien Entrepreneur” (I-526) petition.

While there is a seven percent cap on visas granted to any single country, in 2016, more than 82% of the applications came from mainland China, followed by a mere 3% from Vietnam and 2.7% from India.

The six countries subject to the Trump administration’s travel ban are excluded from the program: