Globofran report on Latin American immigrants in the USA: Where do they come from, what do they invest in, and where do they prefer to live? 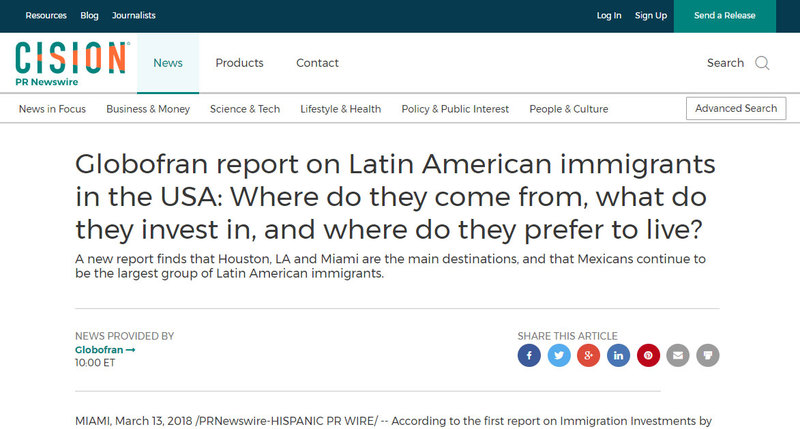 A new report finds that Houston, LA and Miami are the main destinations, and that Mexicans continue to be the largest group of Latin American immigrants.

According to the first report on Immigration Investments by Globofran (download at www.globofran.com/report), with information that explains where Latin Americans in the USA come from, what they invest in, and where they prefer to live, Mexico is the country that has had the largest number of residency permits granted, accounting for 39% of the Latin American total, as well as "non-immigrant" investor visas issued, with more than 3,700 issued in 2016. 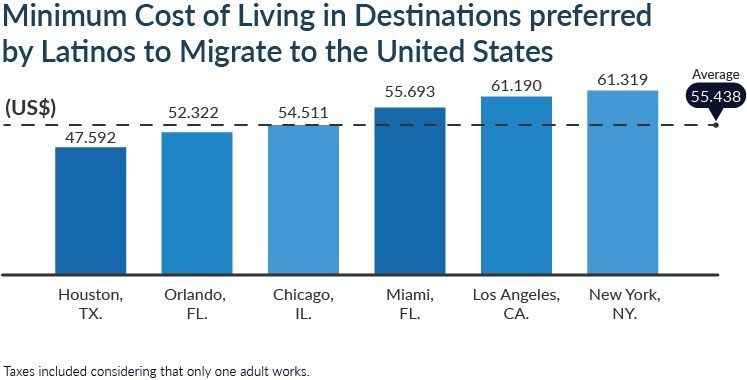 The minimum cost of living in the major United States cities chosen by Latin Americans, according to the Globofran report on Immigration Investments.

But it is not only Mexico with the largest number of "green cards" among Latin Americans; people from the Dominican Republic and Cuba have also obtained large numbers of green cards.

Regarding investment visas granted under the EB-5 program, in 2016 Brazil was in first place, followed by Venezuela. The EB-5 program requires an investor to provide at least US$ 500,000 to a project certified by the UCSIS in order to obtain legal residence.

"This is the first report with reliable data that shows Latin American behavior in terms of investment and migration. It also shows the importance of this community in the growth of the United States economy," said Jorge Partidas, CEO of Globofran.

In what do Latinos invest in the US?

According to the Globofran study, Latinos prefer to invest and work in:

Where do they prefer to live?

The data analyzed confirm that more than 50% of Latin Americans residing in the USA live in:

In terms of cities with the most favorable cost of living, Houston is most accessible with its annual average of US$ 47,000. New York has the highest average cost of living, at more than US$ 61,000 per year.

The "Reporte Globofran sobre Inversiones Migratorias" is published quarterly, and is a research effort by Globofran.

A United States company specializing in Immigration Investments. Every year it helps hundreds of Latin American investors obtain legal status in the United States through investments in businesses and franchises. For more information: