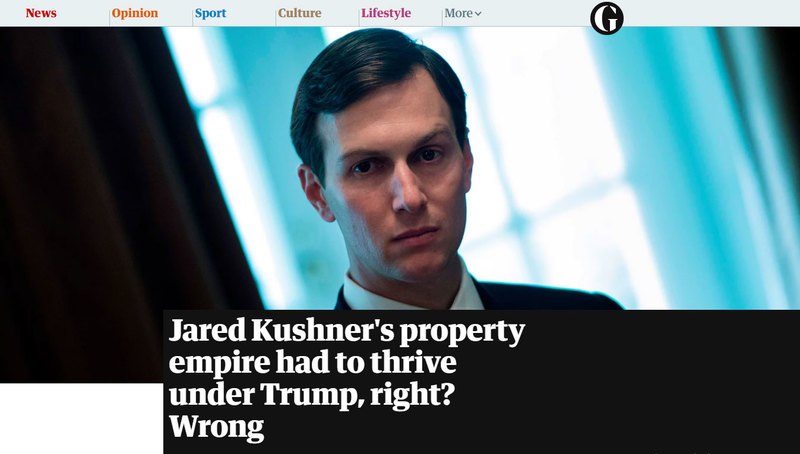 A year into the Trump presidency that was supposed to bring prosperity to the nation, Jared Kushner, a key member of the president’s inner circle, has yet to see dividends. The Trump presidency has so far proved more bane than boon to Kushner Companies, the family firm of the White House senior adviser.

The former New York Times building on West 44th Street in Manhattan is a case in point. Amid an economy that Trump constantly touts as “tremendous” the part-owned Kushner property near Times Square is facing a number of tenant defaults and presents a forlorn face to the world.

One restaurant, Guy’s American, owned by spike-haired celebrity chef Guy Fieri, has closed down and construction of a planned Todd English’s food hall has stalled, its windows plastered over with brown paper.

According to a Bloomberg report, investors were told the building would generate $24m in rent annually. But tenant problems suggest a potential shortfall of at least $9m.

“We’re holding our own,” offered a concierge at Gulliver’s Gate, a miniature-scale Manhattan that was reported to be two months in rent arrears as of December. “It can only get better.” 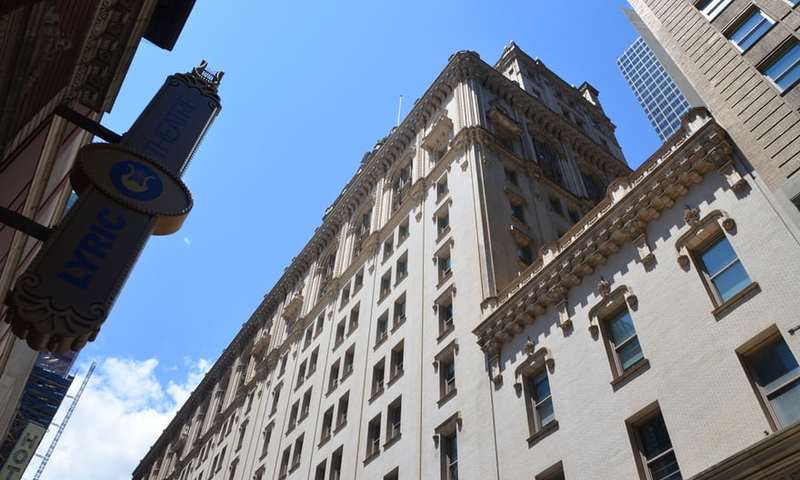 It wasn’t supposed to be this way. Despite stepping down as chief executive of the family real estate business and resigning from an additional 266 corporate positions in order to serve his father-in-law’s administration, Kushner has found his business dealings have cast a long shadow over his White House advisory position, a role that does not enjoy the same conflict-of-interest protections afforded the president.

Kushner Companies has dropped efforts to raise $150m from Chinese investors for a New Jersey building project, One Journal Square, which attracted accusations of attempts to leverage ties to the Trump administration.

Through the controversial EB-5 visa programme, Chinese investors committing more than $500,000 can gain admittance to the US. A presentation on the Kushner project in Beijing, given by Jared Kushner’s sister Nicole Kushner Meyer, included an image of Donald Trump and advertisements that mentioned “government support” and “celebrity developers”.

One Journal Square, which recently lost WeWork, the work-share giant, as an anchor tenant, has been beset by problems. Last May, the developer acknowledged receiving a demand from the Brooklyn US attorney’s office for documents regarding its use of the controversial investment-for-visas programme.

David North, a fellow at the Center for Immigration Studies who is an outspoken critic of visas for investment, said: “The Kushners’ problems are symbolic of the multiple troubles of the EB-5 programme. They’ve been among the largest and most prominent users of the program, so it’s significant they are withdrawing from the field.”

The Kushner Companies general counsel, Emily Wolf, said in a statement: “Kushner Companies utilised the programme, fully complied with its rules and regulations and did nothing improper. We are cooperating with legal requests for information.”

‘They can knock themselves out’

One Journal Square is not the only project proving problematic for Kushner Companies. In December, it was reported that investigators working for special counsel Robert Mueller looking into alleged Russian interference in the 2016 US presidential election, asked Deutsche Bank for data on accounts held by Trump and his family.

Mueller’s Russia-focused team is also said to be looking into a $285m loan on the West 44th Street building that Deutsche Bank struck a month before election day 2016.

That deal is the focus of New York prosecutors who have requested documents from the German bank relating to the property, debt on which was used by the Kushners to take out $59m in cash. However, there is no indication that the subpoena is related to the company’s use of EB-5 or Mueller’s inquiry.

Jay Sekulow, a member of the president’s legal team, denied that Deutsche had received any subpoena for financial records from US investigators. 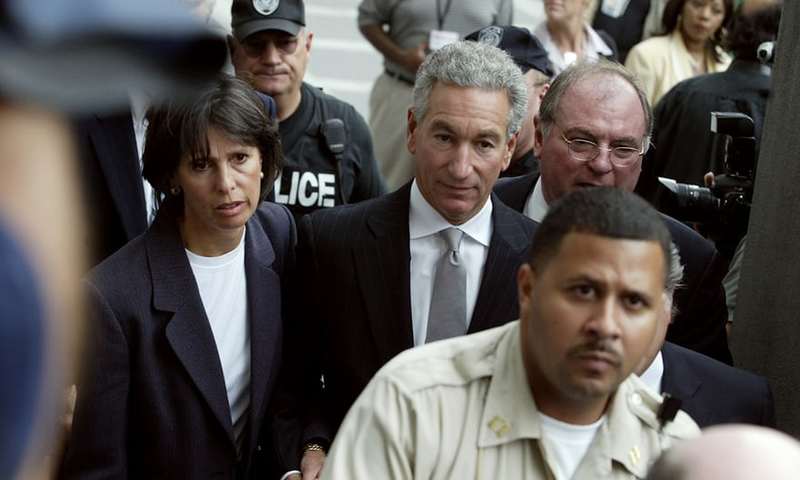 It may be a measure of the duress the family is under that Jared’s typically press-averse father, Charles Kushner, volunteered to the Washington Post that he was confident no charges would result from either investigation. Charles Kushner spent 14 months in federal prison in Alabama, after being convicted in 2005 on charges of tax evasion, witness tampering and illegal campaign donations.

“All I know is that we are not at all concerned and we are cooperating,” the elder Kushner told the Post. “And they can knock themselves out for the next 10 years reading those papers as far as I’m concerned.”

Kushner Sr also said he had no indication that the company was a subject of Mueller’s investigation into Russian election meddling. Mueller reportedly interviewed the younger Kushner for 45 minutes in November.

The financing of another troubled Kushner building, the ominously numbered 666 Fifth Avenue, a 41-storey tower purchased for a record $1.8bn in 2005, is also under scrutiny.

Congressional committees are eager to learn more about a meeting the younger Kushner had last year with the then Russian ambassador, Sergey Kislyak, when he allegedly discussed whether the Trump transition team could use a back channel to communicate with Russian officials about Syria.

Before appearing before a Senate intelligence committee in July, Kushner released a statement denying that he had proposed “an on-going secret form of communication for then or for when the administration took office”.

Congressional officials are believed to have questioned Kushner about a subsequent December 2016 meeting with a Russian banking executive, Sergey Gorkov, the head of the US-sanctioned Vnesheconombank, held at Kislyak’s behest.

The bank has said Gorkov met Kushner to discuss “promising business lines and sectors”. In his statement, Kushner said that meeting did not involve “any discussion” about the family company, “real estate projects” or “loans”.

The 666 Fifth Avenue skyscraper is routinely described as a monster headache. Almost a year ago, the Kushners ended talks with Anbang, the Chinese insurance giant with ties to the Chinese government, regarding the building’s redevelopment. The Kushners favour knocking down the 41-storey tower and building one twice the size in its place. 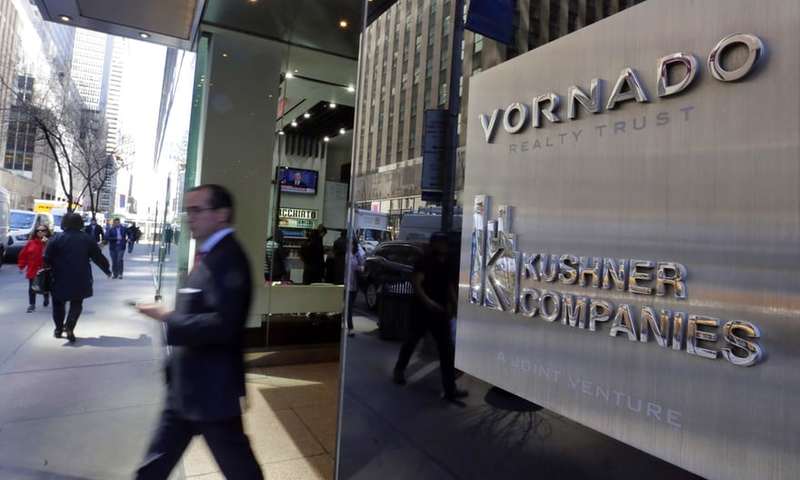 A man walks out of the 666 Fifth Avenue office tower in Manhattan owned by the Kushner Companies in March 2017.

The 666 Fifth Avenue deal, which was supposed to establish the younger Kushner’s career, came after the company sold off thousands of financially reliable rental apartment buildings.

According to a lengthy investigation published by Bloomberg last summer, debt payments have almost always eclipsed net income on the building and the deed to the property could be seized by lenders in the event of a default.

According to Michael Wolff’s bestselling White House exposé, Fire and Fury, former Trump strategist Steve Bannon was especially damning in his assessment of the building’s potential to undo the fortunes of his White House rival.

A Kushner spokeswoman rejected Bannon’s assertion, telling the New York Daily News: “666 Fifth Ave is but a small part of the company’s overall portfolio and the family’s net worth.” According to the company website, Kushner Companies did $2.5bn worth of transactions last year – a record.

And yet a year after Jared Kushner vowed to cut ties with his family firm as he positioned himself for a new life in politics, those ties have both his careers in knots.

This article was amended on 4 February 2018 to correct an erroneous reference to One Herald Square. We should have said One Journal Square.