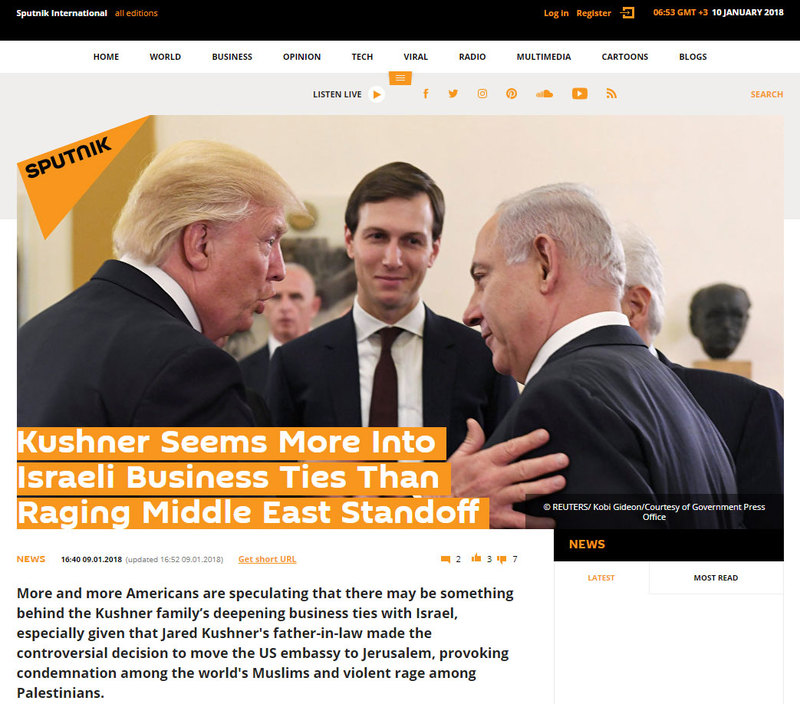 The New York Times reported on Sunday that the real estate firm owned by Trump’s son-in-law and now senior White House adviser Jared Kushner received an investment of roughly $30 million from Menora Mivtachim, one of Israel’s largest insurers, in the spring of 2017, just ahead of the Trump-Kushner family’s official visit to Jerusalem. Shortly before that, in January, Kushner took office as chief White House Middle East peace broker.

This is only the most recent instance of the Kushner family having business in Israel. Earlier the re were reports of their company having taken out a number of loans from the biggest Israeli bank, Bank Hapoalim, which is now under US Department of Justice criminal investigation.

Although the White House promptly denied government ethics laws had been broken in the Menora Mivtachim deal, the news has sparked a lively debate on internet, with thousands speculating on whether this is a conflict of interest, as Kushner is thereby thought to be exceeding his powers having secured a personal stake in a number of his family company’s business deals: 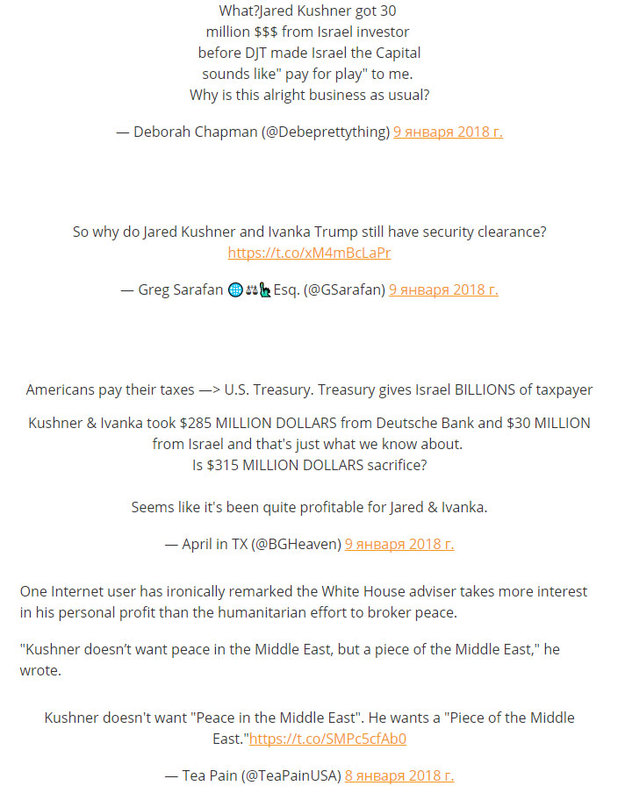 Separately, on Sunday the Wall Street Journal confirmed that the Kushner family had received a subpoena from the Securities and Exchange Commission (SEC) requesting data on the so-called investment-for-visa program run by the Kushner family’s real estate empire.

In the so-called EB-5 program, investors were reportedly told that if they injected at least half a million dollars into the project, they could become US residents under a controversial cash-for-residency program that is known in China as the "golden visa."

It later turned out that the initiative was led by Nicole Kushner Meyer, Jared Kushner’s sister, who promptly formerly apologized for using her brother’s name during her pitch for more than $150 million from Chinese moguls for her New Jersey real estate project.

The White House stressed at the time that Mr. Kushner had sold stakes in many of his properties, but it is still unclear why Mr. Kushner hasn’t applied that same principle to the buildings in Maryland, which have reportedly received an investment from Israel’s Menora.

Meanwhile, the Kushner family’s foundation continues to donate money to a string of Jewish settlements in the contested West Bank. Mr. Kushner’s close relationship with Israeli officials has even come up in the investigation launched by the special counsel Robert S. Mueller into the so-dubbed "Russian collusion" during the 2016 presidential vote.

On top of the story, Donald Trump recently called to move the US embassy in Israel from Tel Aviv to Jerusalem, thus conceding that the city is Israel’s capital.