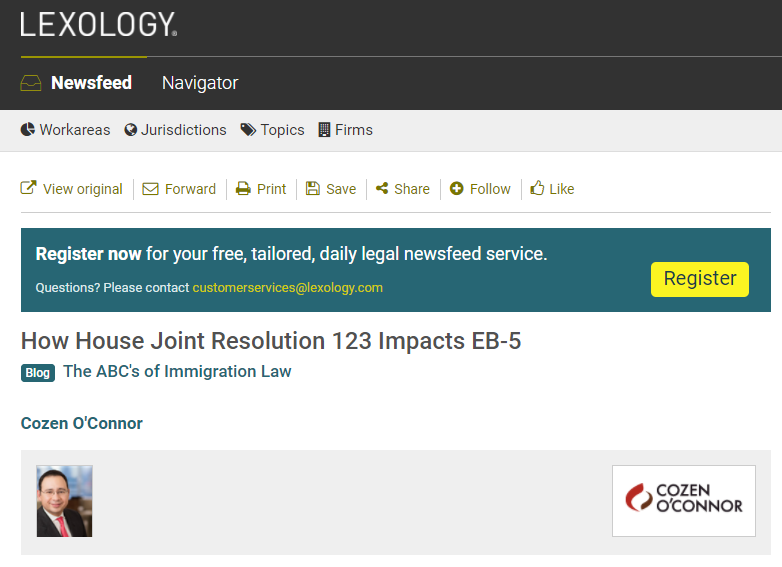 On Friday, December 8, 2017, President Trump signed House Joint Resolution 123, the “Continuing Appropriations Act”, which prevented a U.S. federal government shutdown. The Act provided a short-term extension which will keep the U.S. federal government open through December 22, 2017. Within this continuing resolution, no changes were made to any federal programs. As a result, the EB-5 Regional Center Program has been extended in its existing form, meaning individual investors may continue to file I-526 petitions until this date.

As members of Congress agree on a formal piece of legislation regarding EB-5, another extension is very probable later this month. As we discussed in September, there is the possibility that if Congress fails to present legislation regarding the EB-5 Regional Center Program in the coming months, the Department of Homeland Security would continue to pursue the proposed regulations published earlier this year increasing the amounts of investment and making other potential changes to the program.