How foreign investors are transforming a long-forgotten D.C. neighborhood 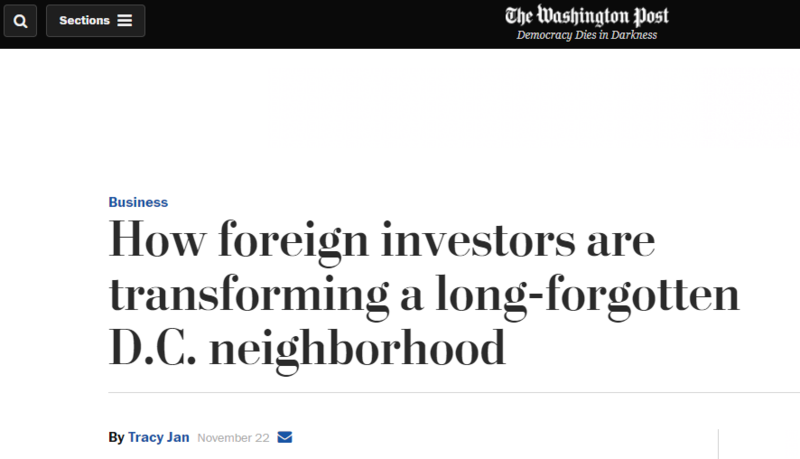 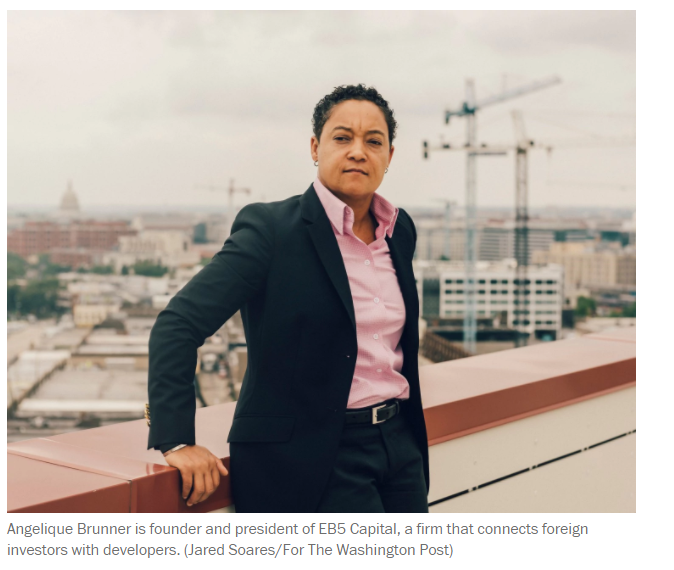 On the site of a shuttered Burger King in a long-neglected Northeast neighborhood, D.C. Mayor Muriel E. Bowser donned a hard hat and dug a shiny shovel into a pile of dirt. It was a groundbreaking for a luxury apartment — made possible by $27 million in foreign investment.

Bowser, bundled in a black overcoat, touted her trade mission to China, where city officials and developers had invited wealthy Chinese to invest half a million dollars each in D.C. building projects in exchange for U.S. residency.

“That mission has resulted in the type of investment that will allow this project to go forward,” Bowser said that February day at the Highline, a 12-story apartment and retail complex going up in a rapidly gentrifying slice of NoMa where cranes now crowd the skyline.

The development is among the latest in D.C. funded by foreign investors through the controversial EB-5 visa, which some lawmakers have derided as “citizenship for sale.” Congress is expected to weigh the fate of the three-decade-old federal program by year’s end. 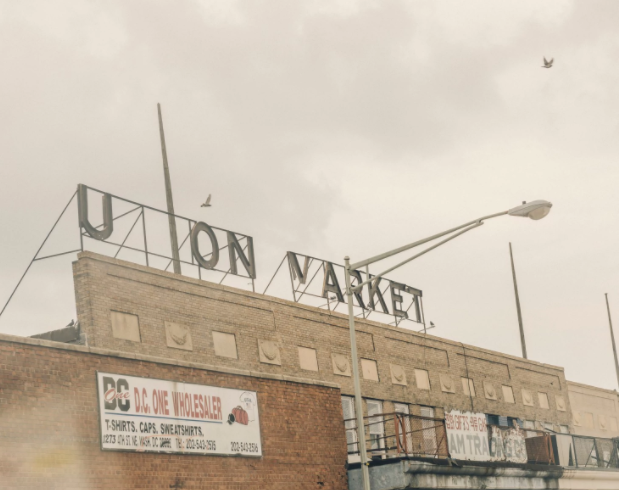 NoMa — adjacent to Union Market — has the highest concentration of EB-5 financed projects in the city, said an official with an EB-5 lobbying group. (Jared Soares/For The Washington Post)

Bowser and other proponents of the program cite a half dozen blocks near Washington’s Union Market where foreign investment is helping to spur rapid transformation.

A longtime budget motel was redeveloped into two Hilton-branded hotels in 2015. A trash-sorting depot became an REI flagship in 2016 — not far from a homeless encampment beneath a railroad overpass. In addition to the Highline apartments going up on Florida Avenue, two parking lots across the street are slated for new housing and retail by late 2019.

All were partially financed — between 15 and 64 percent — by foreign investors after banks declined to fully back the projects, which are on the other side of the tracks from where most development was occurring, said Angelique Brunner, founder and president of EB5 Capital, a firm that connects foreign investors with developers.

“It would be very scary for a financial institution to step into this neighborhood the same way they might step into downtown Washington,” Brunner said, a forerunner in bringing EB-5 investments to Washington. “What we do in this neighborhood is really the heart and soul of what EB-5 was intended to be used for.” 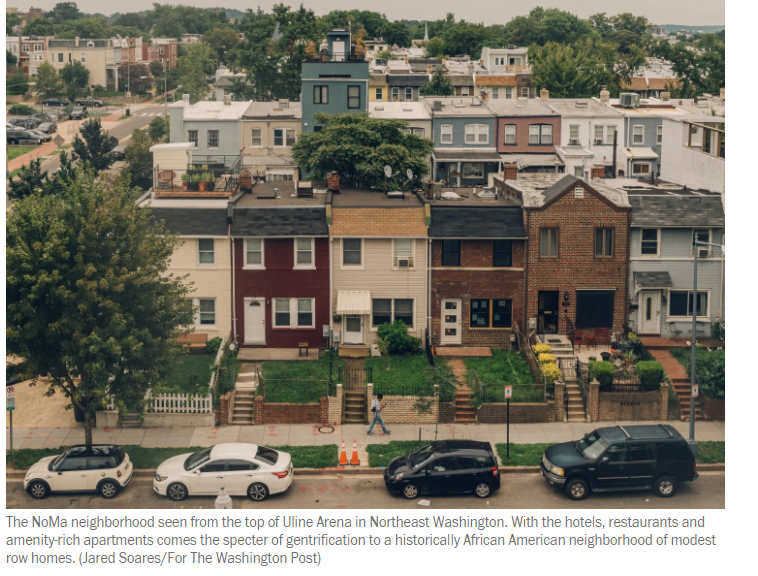 Changes in the old neighborhood

The foreign investor visa program has funded projects in other transitioning D.C. neighborhoods such as Shaw and Anacostia, and more recently, the Navy Yard and Southwest Waterfront. NoMa, though, has the highest concentration of EB-5 financed projects in the city thanks to Brunner, said Peter Joseph, executive director of Invest in the USA, an EB-5 lobbying group. Brunner said she expects EB5 Capital to finance at least two more NoMa developments by 2018, bringing total foreign investment in the neighborhood to more than $150 million.

With the hotels, restaurants and amenity-rich apartments, though, comes the specter of gentrification to a historically African American neighborhood of modest row homes. Some residents say they appreciate that the area is now being revived with conveniences they have long sought, after being decimated by the 1968 riots following the assassination of the Rev. Martin Luther King Jr. But they also lament feeling like tourists in their own neighborhood, with parking getting more difficult as hipsters and empty nesters move in.

“I’m all for change, but it’s so evident what they do for white folks,” said Moyer Fowler, 67, who has lived in the neighborhood for more than three decades, long before it was branded as NoMa. “We’re not going to know this city after awhile.”

The changes started around 2004 with the opening of the NoMa-Gallaudet U Metro station. Within a few years, the Bureau of Alcohol, Tobacco, Firearms and Explosives headquarters opened, with its influx of federal workers. Back then, Fowler’s block was mostly black families; about 10 are left out of roughly 60 homes. Now there’s a dog park. And bike lanes. A Trader Joe’s grocery store is slated to open in 2018.

“You’ve got Airbnbs now, and people walking with strollers and kids in the neighborhood. Before if somebody came out, it’s like, ‘Yo, you’re lost,’ ” said Eric Markham, a 46-year-old maintenance mechanic who is white and has rented in the area for a decade. “Back in the day people couldn’t give their houses away, and now you could come offering what they’re asking and still not get the house.” 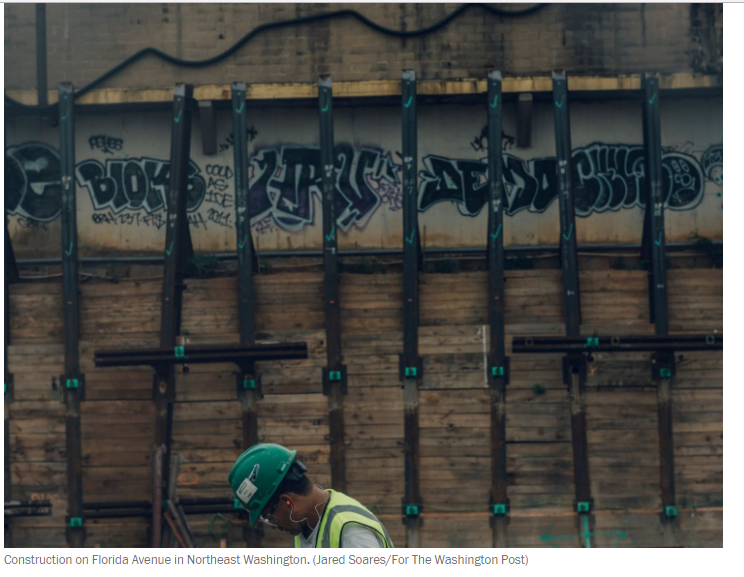 End of an era for one business

Some longtime business owners say they can no longer afford to stay, because redevelopment has pushed up property taxes. Central Armature Works, an electrical installation and construction firm that has been a fixture in the area since 1992, plans to relocate to Prince George’s County, said Robert Dorr, president and general manager of the 102-year-old family business. Dorr said his property taxes have climbed from $55,000 to about $700,000 over 25 years in the neighborhood.

“We thought we had a home here for at least another 50 years,” Dorr said. “But the city thinks the best use of this property is not industrial, so we will be forced to move. We can’t afford the taxes.”

The Dorr family has entered into a joint venture with Trammell Crow to develop apartments, condos, a hotel and retail space at the site. It’s become more profitable for business owners to develop the land on which their companies sit than to continue operating there.

Brunner said the NoMa developments perfectly fit what Congress had envisioned when it created the EB-5 program in 1990, and that her projects have created thousands of jobs. Hotels often provide the highest income jobs for an undereducated local workforce, she said.

“We struggle with the issue of gentrification,” Brunner said. “When you redevelop an area, you really have to be very sensitive to what you provide and how you provide it.”

She said the redevelopment has spurred amenities that will benefit the entire neighborhood, new and longtime residents alike.

“No one was going to build a new grocery store for the rowhouse residents,” she said. “You needed to improve the density in the neighborhood to attract the grocery stores and other services.”

The luxury apartment complex at the old Burger King site also has a plan to include affordable housing, she said, with 13 units available to people making 80 percent of the local median income of $110,300 for a family of four. In addition, the developer is partnering with Habitat for Humanity to provide 13 townhouses for sale to families earning up to 50 percent of the local median income. Those homes will be located a mile up the road in Ivy City, on the other side of Union Market. 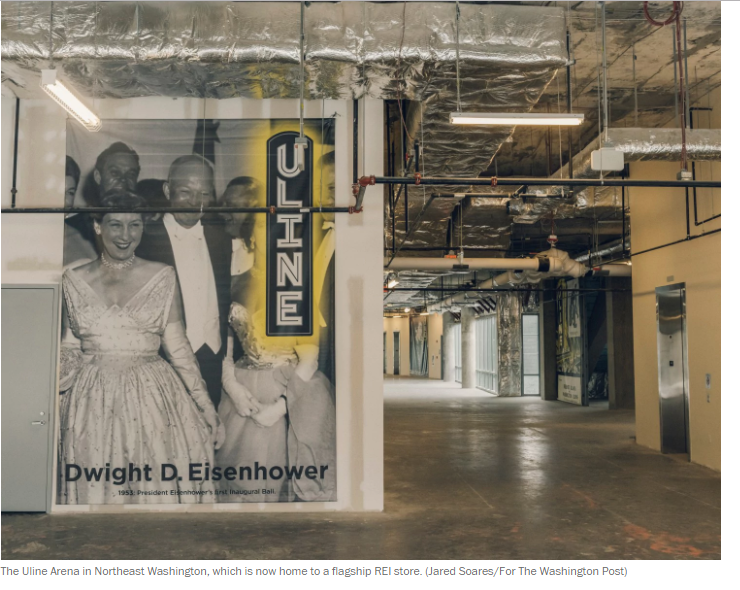 ‘It was a tale of two cities’

Brunner, who as a black woman stands out in a field dominated by white men, has been primed for this particular slice of development financing since she was a young adult. As a full scholarship student at Brown University, Brunner held an AmeriCorps job renovating abandoned properties in South Providence, R.I., and conducting credit counseling for recent immigrants to become homeowners.

“One of the most painful points we could not address was there were no services there — no grocery stores and no banks, even though people lived in these neighborhoods,” Brunner said.

When she moved to Washington after receiving a master’s degree in public affairs from Princeton University, she saw the same problems, a daily reminder of the riots.

“Really it was a tale of two cities,” she said. “It was a federal city, which everyone saw on TV. And then it was the local city, which had apparently been forgotten.”

That is where foreign investors enter the picture — to bridge the funding gap for commercial development when institutional investors feel there is too much risk. The EB-5 program became especially popular among developers after the 2008 financial crisis made bank loans harder to secure.

Beau Athia, who grew up on New York Avenue NE in a Super 8 motel that his parents owned after immigrating from India, said his family relied heavily on foreign investors to fund the construction of a pair of Hilton-branded hotels when they wanted to redevelop the site after the economic downturn.

“At the time when lenders weren’t willing to originate debt for new construction, EB5 Capital was more than willing to partner with us,” Athia said. “We were an immigrant family that basically spent most of our livelihood building up the asset and trying to help an underserved community improve.”

But now legislators as well as the Trump administration are considering changes, including raising the investment threshold from $500,000 to $925,000. Lawmakers say they hope new rules will help prevent abuses, such as money going to build say, the Beverly Hills Waldorf Astoria, instead of helping rural or distressed urban communities.

Foreign investors have an opportunity to recoup their money, with low interest, and become eligible for permanent residency once authorities confirm that the money has created at least 10 American jobs.

With congressional authorization for the EB-5 visa set to expire next month, Brunner is hoping lawmakers will hash out permanent legislation for the program.

As she toured NoMa recently, Brunner said she thinks it would likely take another decade to fully develop the neighborhood — with more housing, retail and full-service hotels.

An iconic barrel-shaped building where the Beatles played their first U.S. concert in 1964 had become an eyesore as a trash-transfer station and then a parking lot. Today it is revived as REI’s fifth flagship store.

Walking out of the store, Brunner pointed down Third Street NE toward Florida Avenue, where she had stood alongside Bowser during February’s groundbreaking for the Highline. Construction is now in full swing.

“This block will be one of the strongest retail corridors in the entire city, connecting NoMa to Union Market,” Brunner said. “We will continue to invest in this neighborhood until it’s complete — or until Congress outlaws our investment.” 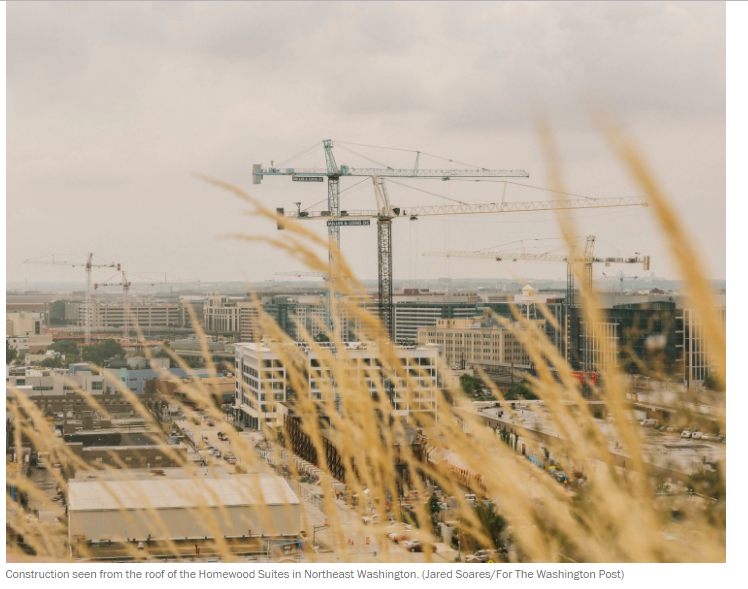