And, in the Fine Print ... EB-5 Gets Another Three Months 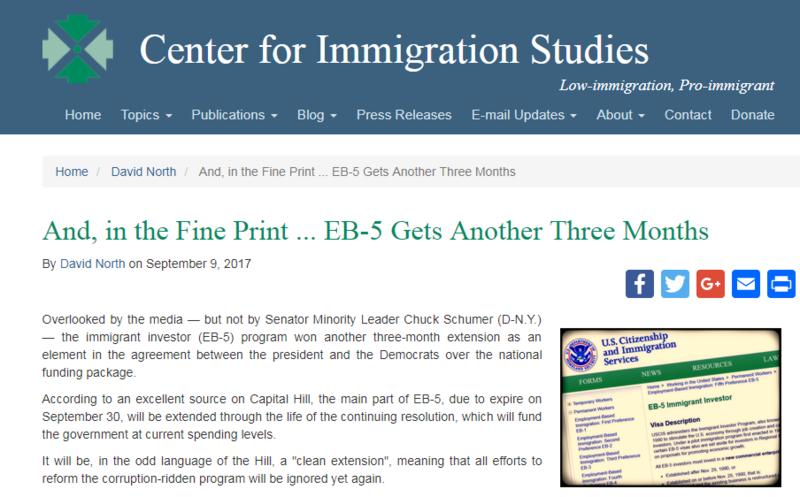 Overlooked by the media — but not by Senator Minority Leader Chuck Schumer (D-N.Y.) — the immigrant investor (EB-5) program won another three-month extension as an element in the agreement between the president and the Democrats over the national funding package.

According to an excellent source on Capital Hill, the main part of EB-5, due to expire on September 30, will be extended through the life of the continuing resolution, which will fund the government at current spending levels.

It will be, in the odd language of the Hill, a "clean extension", meaning that all efforts to reform the corruption-ridden program will be ignored yet again.

A huge portion of the money in this program, originally designed to prop up the economies of depressed parts of the nation, is spent on luxury real estate developments in Manhattan, thus lining the pockets of a number of the senator's rich friends. For background on previous successful efforts to extend this program, see here.

It is expected that the CR will pass both houses and be signed by the president later this month.