Spurt in Indians using investors' visa for US entry 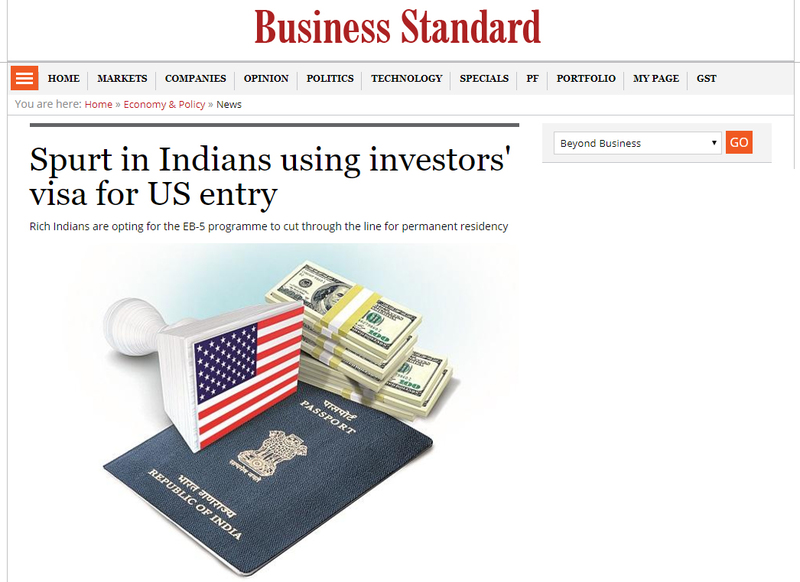 As the US government’s clampdown on temporary work visas used by information technology professionals continues to make news, the number of Indians quietly taking advantage of a little-known visa programme to become US citizens has skyrocketed.

The EB-5 visa programme offers foreign residents the chance to become permanent US residents provided they invest a minimum $500,000 in a government approved EB-5 business or create 10 full-time jobs in the country.

While Chinese citizens had remained the top applicants for long, applications from India had picked up dramatically since last year and were set to grow exponentially, said Jeff DeCicco, CEO of CanAm Investor Services, an immigration consultancy and investment facilitation firm.

A total of 10,000 visas are up for grabs every year with no country allowed more than seven per cent of all visas, or 700 slots, in the first instance.

However, if applicants from a country cross that limit, they are put on a waitlist, which is the case for most Chinese citizens with whom the programme has been a hit since the beginning.

If there are remaining slots after applications close, waitlisted candidates are chosen. As a result, more than 85 per cent of visas went to Chinese nationals till 2014.

US government figures suggest Indian investors have pumped in more than $120 million through the programme, registering a growth rate of 140 per cent since 2014. They rank just behind China and Vietnam.

While the scheme had been running since 1990, later amendments started the regional centre programme that Indians favour. It facilitates investments in targeted employment areas, mostly in rural areas, where unemployment rates are 1.5 per cent higher than the national average.

Ticket to the us