It looks as if Nomad, the newly-hot neighborhood in downtown Manhattan, home of the Ace, Nomad and Flatiron hotels–with a towering Virgin Hotel on the way in 2019–will be hosting yet another hospitality addition on Broadway’s “hotel row.” EB-5 filings show that Ritz-Carlton New York has plans to build the “Ritz-Carlton New York (Madison Park)” at Broadway and East 28th Street, CityRealty reports. Building permits filed in January 2016 call for a 40-floor, 580-foot tall tower designed by Rafael Viñoly Architects, which will contain 164 units, several eating/drinking establishments, a club lounge on the 29th floor and a rooftop bar on the 32nd. Differing information appearing on EB-5 web pages states the Ritz-Carlton will have 250 suites and eight luxury apartments where buyers can stay up to 120 days a year and collect 50 percent of  any income made on the apartments during the remaining days. 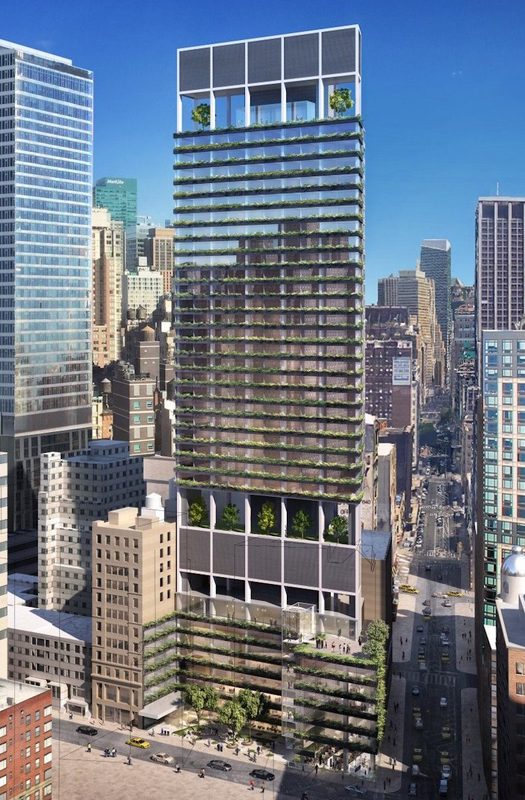 The new Ritz-Carlton will anchor a 40-story building developed by Paul Kanavos’ Flag Luxury Properties, which purchased properties at 1185 Broadway and 29 West 28th Street for $100 million in 2015. Signage has recently been posted at the site indicating that financing has been provided by EB5 Capital. The project will cost a projected $484 million, of which 26 percent will be financed through EB-5 investment. 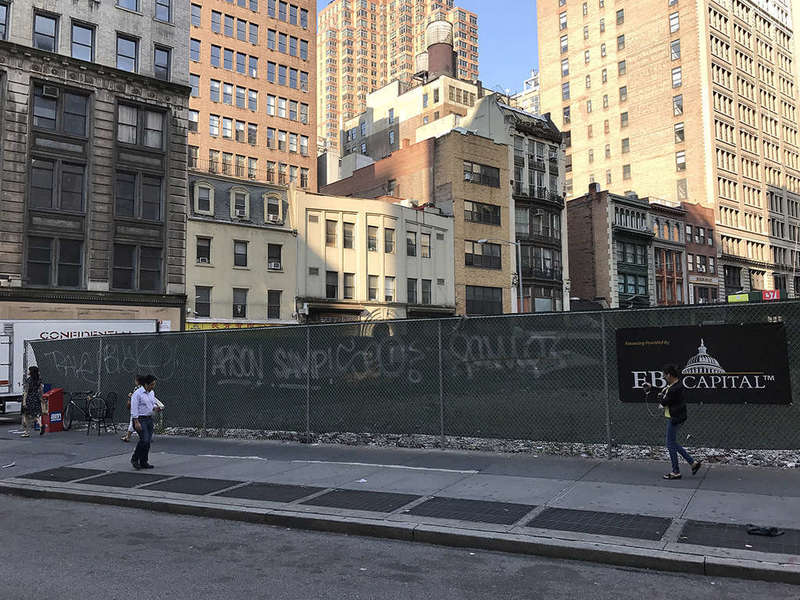 In its current state, the site leaves much to be desired, but things will be quite different come 2021 (CityRealty)

The hotel will be managed by the Ritz-Carlton Hotel Company, LLC. which is part of Marriott International Inc. There are already two Ritz-Carltons in Manhattan: Ritz-Carlton Battery Park City and the Ritz-Carlton Central Park, both of which feature a mix of hotel rooms and high-end condos. 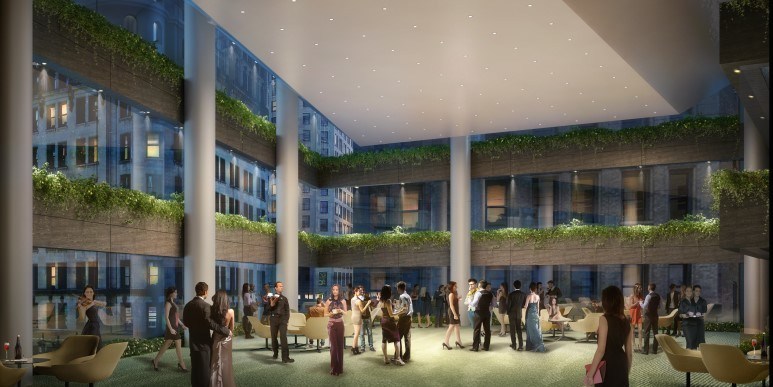 The first published renderings show that building will be a simple slab high rise with a setback plaza at its base, with rows of planters sitting below full-height glass windows. The building will offer several accessible outdoor spaces throughout. The office of Rafael Viñoly, designers of 432 Park Avenue, have taken a growing interest in green spaces: The firm has incorporated gardened areas in two rising Manhattan towers at 277 Fifth Avenue and 125 Greenwich Street. Another of the firm’s projects, London’s 20 Fenchurch Street, is know for its opulent greenery-filled sky garden which offers limited numbers of free tickets for public viewing of the gardens.

Construction is scheduled to begin in the second quarter of 2018, scheduled for completion in Q1 of 2021.