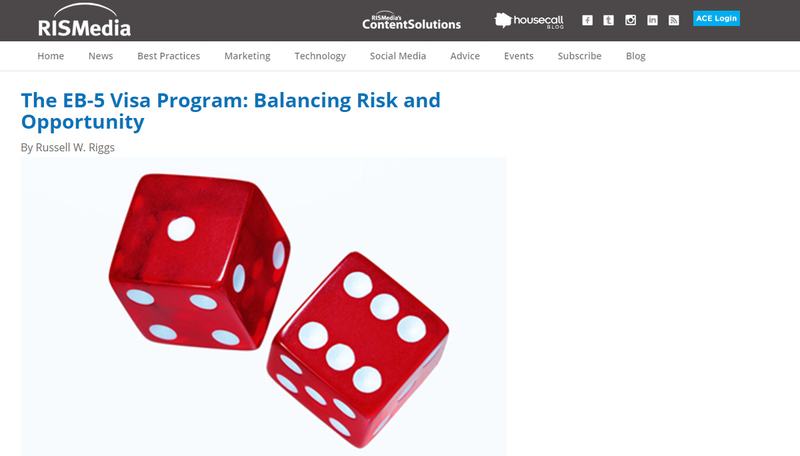 For a quarter-century, the EB-5 visa program has helped finance economic development projects across America, sparking job growth and business investment in cities, suburbs and rural regions throughout the U.S.—all at no cost to the taxpayer. EB-5-funded projects span a diverse range of regions and industries, from charter schools in Utah and manufacturing plants in South Carolina to mixed-use commercial property in downtown Washington, D.C.

The Brookings Institute estimates the EB-5 program has generated at least $5 billion in investment and directly created at least 85,500 American jobs since its creation, with most of these gains realized since 2010.

In addition to direct jobs, the EB-5 program has supported the creation of countless other indirect jobs in communities surrounding EB-5 projects. For example, a manufacturing plant built with EB-5 investment may create new growth opportunities for parts suppliers, while a new EB-5-funded hotel can generate more demand for local restaurants and retail shops. That’s a hefty economic punch for a program that represents just 2.9 percent of all employment-based visas.

Regulated by the U.S. Department of Homeland Security, the EB-5 program provides a path to citizenship to foreign investor-entrepreneurs that can approve up to 10,000 visas each year. The initial application requires proof of investment in a qualified project, evidence of an investment of at least $500,000 and the creation of at least 10 U.S. jobs. EB-5 applicants undergo two rounds of extensive background checks administered by the Department of Homeland Security and Department of State. This screening process is more robust than any other employment-based visa program, and pays for itself through fees.

Most EB-5 applications come through one of the approved regional centers, which market the program abroad, pool investment and often facilitate the development of EB-5 projects. In the past 10 years, the EB-5 Regional Center Program has increased the number of EB-5 applications and supported the development of projects, substantially increasing the number of visas awarded and jobs created by the program.

The EB-5 Regional Center Program has been reauthorized every three years since its creation in 1992 by broad bipartisan margins. It is up for reauthorization again in September 2017.

The National Association of REALTORS® supports legislation to reauthorize the EB-5 Regional Center Program before it expires. NAR also supports reforms to the EB-5 program that would address national security concerns, deter fraud and put Americans to work. If not reauthorized by September 30, an estimated 6.8 billion in foreign investment dollars and as many as 130,000 American jobs will be lost.

Congress has considered reforming the EB-5 program for several years, but has never been able to enact a reform bill, in part because of differences on three key issues:

This year may finally see enactment of an EB-5 reform bill. Areas to be reformed could include:

Although there is not a lot of time to enact a bill by September, there is hope that Congress will put integrity measures in place that will provide investors and U.S. officials with much needed certainty and security.