Why do wealthy Chinese want to leave China? 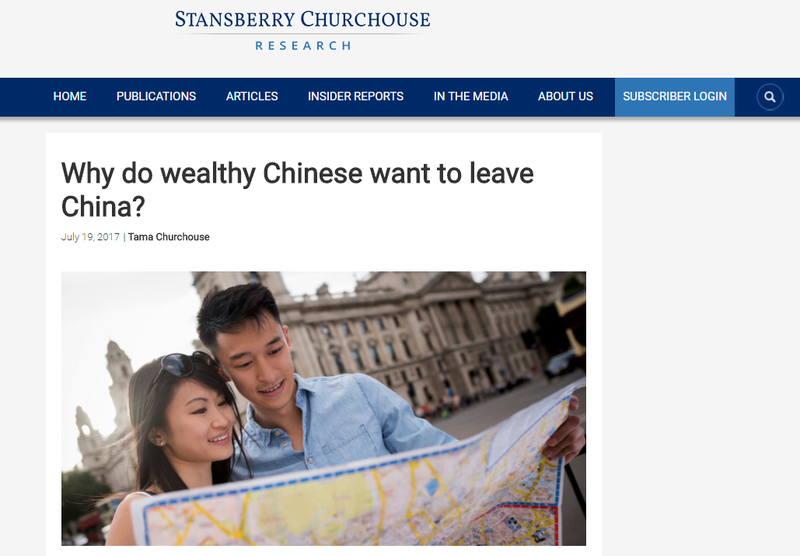 In May 2014, the employees of a Chinese direct marketing company were treated to a vacation on the west coast of the United States. They visited Los Angeles, San Diego and Las Vegas, sightseeing and shopping as Chinese tour groups do. With one big difference…

They took 86 flights, stayed in 26 hotels, and generated around US$85 million of revenue and economic value for the state of California.

China tourism in California has exploded over the past few years. As the chart below shows, annual increases in Chinese tourists have been running well into the double digits year-on-year. 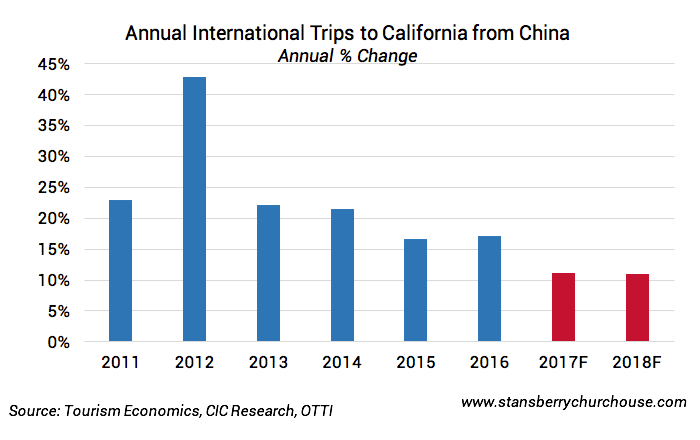 This year, an estimated 1.5 million Chinese tourists will visit California, about an 11 percent increase over last year. The U.S. Department of Commerce estimates that by 2021, that figure will increase to 2.3 million, who will spend approximately US$6.1 billion in the state.

According to a recent survey by Hurun Report Inc., a research company, of Chinese high net worth individuals (HNWIs) – defined as people with US$1.5 million or more in investible assets – more than 50 percent are either planning to, or are considering, emigrating from China.

According to Bain Consulting and China Merchants Bank, there are around 1.6 million Chinese with investible assets of $1.5 million or more, up from 180,000 in 2006. (Note: Ask anyone who’s familiar with China and they’ll likely tell you the real figure is far higher than that.)

For Chinese people looking to leave China, the U.S. and Canada are the most popular destinations, followed by the U.K. and Australia.

Cities on the west coast of the U.S. are the preferred emigration destinations for the Chinese. These cities are of course closest to China, increasingly served with regular direct flights and have substantial existing Chinese communities. 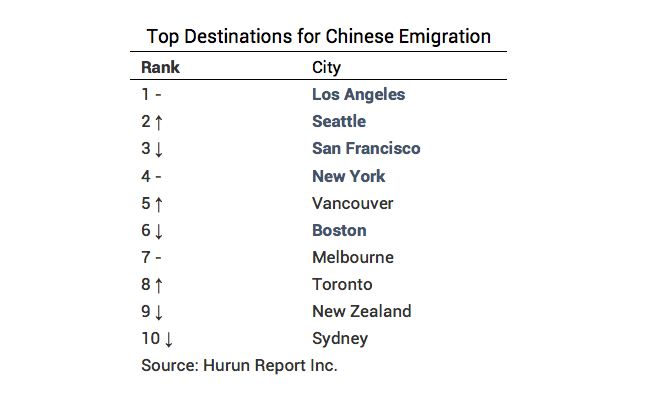 Why are they leaving… and what does this mean?

If half of U.S. millionaires were looking at leaving the country, clearly we’d want to know why. According to the Hurun report, education and environment are the primary factors motivating rich Chinese people to leave China.

Chinese political and military elites have long spurned local higher education, instead sending their offspring to study at prestigious western universities for a better education than what’s available at home. The daughter of Chinese President Xi Jinping, for example, studied at Harvard University in the U.S. For reference, in the Times Higher Education 2017 World University Rankings, the first Chinese university is ranked 29th.

And when it comes to the environment, as we have written numerous times in The Churchouse Letter, China’s breakneck multi-decade quest for economic growth came with a disastrous environmental impact. For example, 40 percent of water in Beijing is so polluted it is rendered effectively useless, and 56 percent of Shanghai’s water is likewise.

Clean air and water, safe food and an open-minded education are attractive to anyone – and especially wealthy Chinese.

In addition, some 84 percent of participants cited the depreciation of the Chinese yuan as a key concern and driver for looking to move and buy real estate abroad.

But I also suspect there are other reasons that push the wealthy to look overseas. The reality is in China, if you cross the authorities, everything can get pretty bad for you, and quickly. You’ll notice that the top 10 cities listed in the table above are all found in countries with open and transparent rule of law – which is lacking in China.

An overseas exit plan provides an insurance policy, should a swift departure ever need to be made.

What are the implications?

Property prices on the west coast of the U.S. have been boosted, in part, by continued buying by people from China. There have been numerous reports over the years of open houses being completely dominated by Chinese-speaking viewers, and even tour groups focusing on acquiring real estate.

House prices are up 8.4 percent over the past year in Los Angeles, and 13 percent in Seattle. The third most-popular destination, San Francisco, is up 5 percent, although that’s on the back of an 83 percent increase over the past five years.

And Chinese students will continue to flock to the U.S., with some 60 percent of all overseas students in the U.S. now hailing from China. Again, Mum and Dad will often buy real estate, along with a degree for junior.

What’s the easiest way for a wealthy Chinese individual to get a green card? Well, as the sister of U.S. President Trump’s son-in-law and special advisor, Jared Kushner, told an audience of Chinese investors in May in Beijing, you just need to invest in a bit of Kushner family real estate development.

The EB-5 visa programme allows for overseas investors to put US$500,000 in projects that create at least 10 jobs (in areas of high unemployment), or a million dollars in other areas, and in return apply for permanent residency in the U.S.

Jared Kushner, prior to his White House role, raised US$50 million from Chinese EB-5 investors for a Trump-branded apartment complex in Jersey City, New Jersey.

Not surprisingly, this has been hugely popular with wealthy Chinese. Around 85 percent of the visas have gone to Chinese, and there is a backlog of more than 20,000 applications.

Although the EB-5 program is likely to be altered or at least reviewed, the U.S. looks set to remain a popular destination for Chinese money for the foreseeable future.

However, it’s important to remember that the number of people leaving China is a tiny percentage of the population. The vast, vast majority of Chinese people aren’t leaving the country anytime soon – partly because the economic opportunity for them there is far greater than it would be elsewhere. The rapid move up the socioeconomic ladder of China’s middle class is going to be a major economic and investment theme for years to come.