2015/04/15 4:39pmFirm UpdatesMike McWilliams 1490
ReinID.com and we'd thank everyone who took the time to provide valuable feedback and recommendations.  Now for the updates!

This a quick video Mike McWilliams from ReinID that shows some basic features and you can view the map and follow along.

Overall, there are fewer tracts that "qualify" for EB-5 where states prefer the census-share values; meaning, 2014 was a good year for employment and ACS numbers alone won't necessarily be adequate for a designation. EB-5 petitioners might be tempted to submit ACS-only numbers because the census-share unemployment numbers aren't above the 9.3 (150% of national) level -- meaning the ACS numbers "qualify" and the census-share does not. Please check with your State requirements just to make sure. (Note: In Texas, county Judges and/or Mayors are designated to handle the requirements, make approvals, and write designation letters. 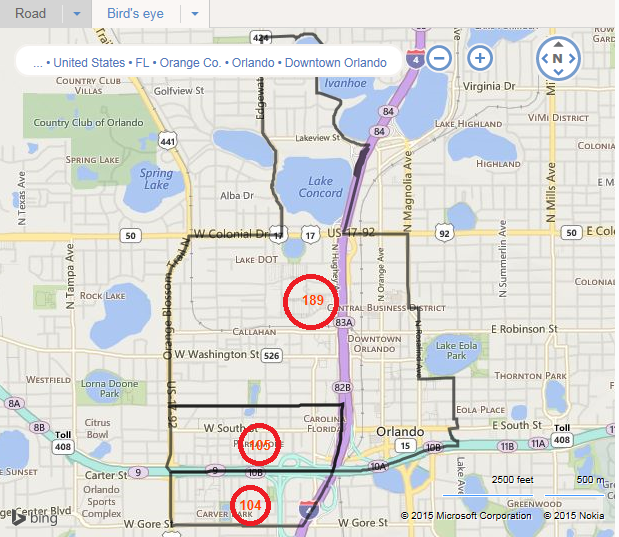 The EB-5 TEA report mini-map and incentives map now show labels which correspond to the to the tract data in the report (illustrated in the image within the red circles).  The number that appears is a part of the official 11-digit FIPS number.  We shortened the number as they are used from a county-level perspective.

April 21: Bureau of Labor Statistics (BLS)released Local Area Unemployment (LAU) data. The values in the report reflect using the BLS data with the ACS (2009-2013) 5-year estimates. This is the report most used to make a case to obtain a designation letter; however, check with your state's requirements. Feel free to see the report.

This section of the report is primarily used as support data; however, some states may prefer to use these data.