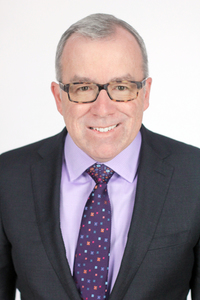 Randall Sidlosca is a partner at Fox Rothschild LLP's Miami office. His practice involves all aspects of immigration law. With more than 28 years of experience, Mr. Sidlosca has represented individual, corporate and institutional clients on the full range of immigration matters, with particular emphasis on employment-based immigration. He assists clients with immigrant and non-immigrant visas in all categories and professions, labor certification and priority worker petitions, as well as with dependent visas and employment authorization for spouses. Mr. Sidlosca regularly appears before the U.S. Citizenship and Immigration Services, U.S. Department of Labor and other U.S. and foreign governmental agencies.

Mr. Sidlosca advises employers from a diverse range of industries, including health care, finance, hospitality and entertainment. He provides counsel regarding complex issues, such as the immigration effects of corporate restructuring and mergers and acquisitions. Mr. Sidlosca also helps employers maintain compliance with immigration laws and regulations, such as employment verification requirements. He has developed immigration compliance programs and performed I-9 audits on behalf of clients.

In addition, Mr. Sidlosca assists individuals with personal immigration issues, including family immigration, exclusion and deportation, as well as with U.S. investment and tax-related immigration matters.

Professional and Community Activities and Achievements

A frequent lecturer on immigration law, Mr. Sidlosca is often called upon to provide commentary and legal analysis of pressing immigration matters by both television and print media outlets, such as CNN, The New York Times and The Miami Herald.

These visas may vanish, even though they have paid for lots of Miami buildings
July 24, 2017
The Fate Of EB-5 — Extended Through Congressional Inaction, But Reform May Be On The Horizon
June 03, 2016

These visas may vanish, even though they have paid for lots of Miami buildings
July 24, 2017
The Fate Of EB-5 — Extended Through Congressional Inaction, But Reform May Be On The Horizon
June 03, 2016
Fox Rothschild LLP
Saul Ewing Arnstein & Lehr LLP
Securities Disclaimer