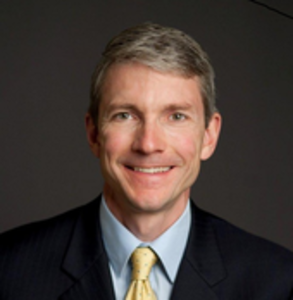 Charles Raether is Managing Partner and founder of AmLaw Group, a law firm based outside of Washington, D.C. with offices also in Aventura, Florida, dedicated to assisting foreign businesses and entrepreneurs with their business, investment, and immigration matters. AmLaw advises on EB-5, L-1, and other investor and business-related visas for clients seeking to acquire permanent residency in the United States. AmLaw also represents developers in the creation of regional centers to raise capital through regional center and direct EB-5 projects.

Through the EB-5 program as well as other visa categories such as L-1 and EB-1, AmLaw works with high net-worth investors from Russian-speaking countries, China and other emerging markets to secure permanent residency in the U.S. through investments or acquisition of U.S. companies. AmLaw also assists U.S. companies in representing them before USCIS for the creation of Regional Centers to participate in the EB-5 program as well as negotiating on clients’ behalf to secure licensing arrangements with existing regional centers for client projects. AmLaw is particularly active with agent networks in China, Malaysia and Russia.

Charles Raether is Managing Partner of AmLaw Group, a boutique immigration law firm focused on business immigration and capital-raising strategies through EB-5 structures. AmLaw is based in the Miami metropolitan area.  Mr. Raether has led the firm's EB-5 practice group since its inception and works in representing both investors and developers with their EB-5 plans. AmLaw provides full turn-key solutions to developers and other businesses looking to tap EB-5 funds for their projects. On the investor-representation side of the practice, AmLaw has represented clients from all over the world. However, their largest client base consists of Russian-speaking investors from the former Soviet Union residing in south Florida and elsewhere in the U.S.

Mr. Raether has a diverse career in business, law and government. He has worked at a number of leading law firms in the areas of corporate law, venture capital, and private equity. Mr. Raether worked in the Private Equity and Venture Capital practice group for Kirkland & Ellis in Washington, D.C., where he handled numerous private equity deals for clients such as Enron, Bank of America, and Bear Stearns.

Mr. Raether has extensive experience living and working in Russia and other countries of the former Soviet Union and has a uniquely strong understanding of the business and cultural realities of these markets. He previously worked for Jones Lang LaSalle in its Moscow office as well as serving in Almaty as its General Director for its Kazakhstan office. Mr. Raether also served at the U.S. Department of Commerce where he oversaw cross-border business development initiatives to promote trade between U.S. companies and those in emerging markets. He received his J.D. from Georgetown University and studied at Moscow State University. He is fluent in Russian.