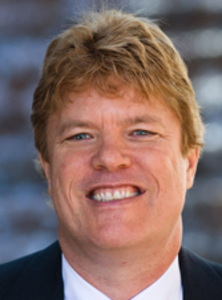 White & Associates was founded in 1993 by Kenneth White, an honors graduate of the George Washington University National Law Center in Washington, D. C. Mr. White, who has worked in all three branches of the U. S. government, including the State and Commerce Departments, U. S. Congress, and District of Columbia Superior Court, is licensed by the State of Pennsylvania and the District of Columbia and is a member of the D. C. and 9th Circuit Courts of Appeals and D. C. District Court bars. He has conducted several seminars on immigration and business topics and was a speaker at the August 2010 EB-5 conference in Boston. Mr. White is the author of the books U. S. Nonimmigrant Visas (available on Amazon. com) and U. S. Immigration and Citizenship, as well as dozens of articles, including “Russian EB-5 Investors – Unwrapping the Mystery,”  “Challenging a Finding of Inadmissibility” and “Top 25 Reasons Visa Applicants are Denied.”

Mr. White is a member of the American Immigration Lawyers Association (since 1994) and the Association to Invest in USA, an organization active in the promotion of the EB-5 program. He has represented EB-5 investors dating back to the mid-1990s, when the program was in its nascency. Since the renaissance of the EB-5 program, he has represented dozens of investors and their family members in achieving permanent residency status and having their conditions removed. In addition to a concentration in the EB-5 area, Mr. White has a well-rounded practice, with experience in  resolving complicated visa issues, overcoming prior visa rejections and ineligibilities, as well as securing waivers on behalf of clients. He has also spearheaded groundbreaking litigation, including suing the US Embassy in Moscow on two occasions: ensuring changes in its processing of DV Lottery applications after the Lotterygate scandal, and securing a court order directing it to make a visa decision expeditiously on an application pending for more than three years. Mr. White has traveled to thirty five countries and represented clients at more than a dozen consulates around the world.

Member of the Bar Associations of Washington, D.C. and the State of Pennsylvania, the U. S. Courts of Appeals for the D.C. and 9th Circuits, and the U. S. District Court for the District of Columbia. Was graduated with honors from the George Washington University National Law Center in Washington, D. C. Mr. White worked in all three branches of the U.S. government before embarking on private practice. He has worked in Congress; the Department of Commerce; the Department of State; and the District of Columbia Superior Court. Before founding White & Associates, he worked as a consultant to American Express.

Mr. White is fluent in Russian and the author of a number of books and publications in the Russian language on immigration issues, including the books U. S. Immigration and Citizenship (2010); U. S. Nonimmigrant Visas (2008); Handbook for Immigrants to Canada (1999); and the articles “Challenging a Find of Inadmissibility”, “Russian EB-5 Investors — Unwrapping the Mystery”, “214 (b): Top 25 Reasons Why Visa Applicants are Denied”. Mr. White has also presented immigration-related seminars in Russia, Ukraine, Belarus Turkey, and the United States, and expert testimony on U.S. immigration law in Russian court. Mr. White has been an active member in the American Immigration Lawyers Association since 1994, and most recently served as the Liaison between the Association and the U. S. Embassy in Moscow.