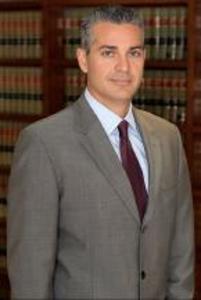 Kurzban Kurzban Weinger Tetzeli & Pratt P.A. is a "boutique" Miami, Florida-based law firm that represents clients in the United States and throughout the world.  The firm has achieved great success by concentrating its energy and experience in immigration law, personal injury, business and commercial law, and maritime law. Our lawyers have achieved record-breaking settlements and verdicts and have established many legal precedents through their appellate work.

Our firm has grown to ten attorneys, each of which has made a mark on the Florida legal system. Our attorneys are consistently listed in the Best Lawyers in America, the International Who's Who of Business Lawyers, the Who's Who of the World, the Who's Who of America, Strathmore's Who's Who, and the South Florida Legal Guide as South Florida's most prominent attorneys. We never let our acclaim get in the way of personal service; every client receives close, personal attention from our skilled attorneys.

Mr. Pratt has appeared numerous times on local, national, and international television as a commentator analyzing immigration and nationality law matters. He is a frequent speaker in immigration matters in national and local conferences. In addition, Mr. Pratt's biography has been selected for inclusion in Who's Who in American Law, Who's Who in America, Who's Who in the World, and the South Florida Legal Guide selected him as an Up-and-Coming Attorney. Furthermore, has been selected as one of the top attorneys in Immigration and Nationality law by the publication Best Lawyers in America and is AV Rated by Martindale-Hubbell that indicates the highest level of legal ability & ethics.

Mr. Pratt concentrates in all areas of immigration and nationality law, including employment based immigrant and nonimmigrant petitions, deportation or removal, and federal court litigation.

Attorney John Pratt is featured in the 2009 Class of Top Lawyers published by the South Florida Legal Guide.