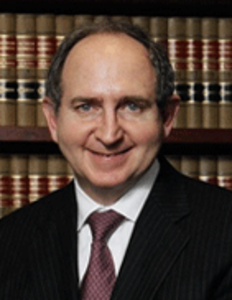 Mr. Kurzban holds J.D. and M.A. Degrees from the University of California, Berkeley and a B.A. with honors from Syracuse University where he graduated Phi Beta Kappa. He is also an honorary fellow of the University of Pennsylvania School of Law where he was honored for his exemplified signal service to every aspect of our profession. He is also the recipient of the Wasserstein Fellowship at Harvard University Law School.  Mr. Kurzban has been a partner in the law firm of Kurzban, Kurzban, Weinger & Tetzeli, P.A. of Miami, Florida for over three decades.

Mr. Kurzban is a past-national President and former General Counsel of the American Immigration Lawyers Association.  He has received national recognition for his work in the immigration field. He has been named by the National Law Journal as one of the top twenty immigration lawyers in the United States; he has been listed for over a decade in the Best Lawyers in America for his work in immigration and employment law; and he has been listed every year in the Lawdragon as one of the top 500 lawyers in the United States. Mr. Kurzban was the first recipient of the Tobias Simon Pro Bono Award presented by the Chief Justice of the Florida Supreme Court. He is also the recipient of the Lawyers of the Americas Award for his work on behalf of human rights in this hemisphere given by the University of Miami, The Jack Wasserman Award for excellence in federal litigation and the Edith Lowenstein Memorial Award for excellence in the advancement of immigration law given by the American Immigration Lawyers Association, and the Carol King Award for his effort in immigration law given by the Nation Lawyers Guild. In 1986 Mr. Kurzban was selected by Newsweek Magazine in their commemorative issue on the hundredth anniversary of the Statue of Liberty as one of 100 American heroes for his work on behalf of immigrants. He was also selected by Esquire Magazine as part of America's New Leadership Class. Mr. Kurzban has also been named to Who's Who in America, Who's Who in American Law and Who's Who in the World. He was also named as one of the world's twenty three most highly regarded corporate immigration lawyers in the International Who's Who of Corporate Immigration Lawyers and praised as a legend in the field who has written the definitive book on U.S. immigration law.

Mr. Kurzban was also one of the founders of the Berkeley Law Foundation, a non-profit organization providing scholarships for law students and law graduates engaged in significant legal assistance programs throughout the United States. He is also one of the founders of Immigrants' List, the first pro-immigrant political action committee in the United States.

Mr. Kurzban is an adjunct faculty member in Immigration and Nationality Law at the University of Miami School of Law and Nova Southeastern University School of Law and has lectured and published extensively in the field of immigration law, including articles in the Harvard Law Review, San Diego Law Review and other publications. He is the author of Kurzban's Immigration Law Sourcebook, the most widely used one-volume immigration source in the United States.