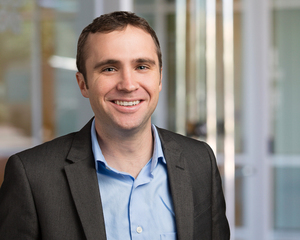 Michael Kester is Impact DataSource’s lead EB-5 economist, focusing on EB-5 jobs studies and TEA analyses. He provides EB-5 consulting, services, and deliverables that reflect the evolving needs of EB-5 clients and also the changing requirements of the USCIS. Michael has led a team of economists that have performed more than 60 comprehensive economic studies for EB-5 applications. He also leads the firm’s EB-5 targeted employment area (TEA) team, which has analyzed more than a thousand sites for TEA-eligibility and assisted clients in obtaining more than 100 TEA letters.

Michael has a Bachelor of Science in Mathematics from Kansas State University.

Michael is originally from Wichita, Kansas and moved to Austin after working several years in New York City as an actuary. He enjoys spending time with his wife Emily, daughter Isabella, and Airedale mutt Ozzie (not necessarily in that order). Whatever time might be left is split between playing keys in a local Austin band, indoor soccer, and painfully watching the Minnesota Vikings.