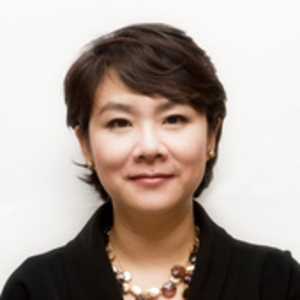 Julia Yong-hee Park is the Principal Attorney of Law Offices of Julia Park, LLC.  Julia’s immigration practice focuses on the EB-5 Immigrant Investor Visa and she is a frequent speaker on the topic.  Julia assists immigrant investors in the EB-5 application process and facilitates Regional Center designation filings for real estate developers. Having spent her childhood in the Midwest and her adolescence and half of her adulthood in Korea, Julia prides herself on her understanding of multicultural issues that arise in both the business and personal settings.

Julia began her legal career as an associate at Cravath, Swaine & Moore LLP in New York City where she spent many hours providing sophisticated transactional legal services to Fortune 500 companies and global financial institutions in a variety of financing transactions from bank loans to equity IPOs.  Julia also served as Of Counsel at Levitt & Needleman, P.C., a premier immigration firm that has been serving a wide-range of business and individual clients nationally and internationally for over 30 years.

Prior to practicing law, Julia was a simultaneous interpreter in Seoul, Korea.  As an interpreter, she facilitated communications in over 400 seminars and conferences for international organizations and corporations such as the WTO, OECD and IBM.  She also worked for many VIPs visiting Korea including former U.S. President Bill Clinton and Treasury Secretary Robert Rubin, as well as various industry leaders such as Lou Gerstner of IBM and Jeffery Katzenberg of Dreamworks Animation.  Julia also served as the youngest adjunct professor at the Graduate School of Interpretation & Translation at the Hankuk University of Foreign Studies in Seoul, Korea.