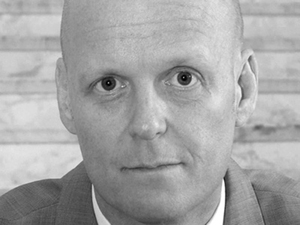 Scott Fuller has been “pushing possibilities” in commercial real since 1987. A believer that change is the only constant, Scott possesses the unique ability to develop business alliances as a result of convictions grounded in his observations of long-term market forces. Scott has created systems, procedures and worldwide relationships that serve as the foundation for a business structure that inherently creates deal velocity and transactional certainty. Scott possesses a thorough understanding of real estate development, economics and capital structures.

In 2013 Scott founded EB5 United to provide equity and debt capital to real estate developers through the EB-5 program. In 2011 Scott co-founded EB5 Global, and served as its Chief Executive Officer. In 1998 Scott founded Capital Pacific, LLC, and Commercial Real Estate Investment Brokerage Company, and grew it into the 13th largest commercial brokerage firms in the U.S by number of total transactions. While at Capital Pacific Scott was directly involved in 430 separate sale transactions, representing $2.15 billion. Scott sold Capital Pacific to his business partners in 2008. 1987 Scott started his career with CBRE, and graduated from University of Oregon (’87) with a B.S. in Finance. He formerly sat on the board of the Sage School, Sun Valley, ID.