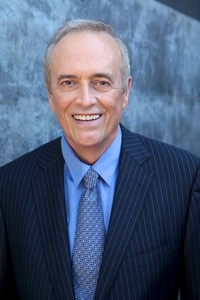 Seyfarth’s EB-5 Team is led by Angelo Paparelli, one of the nation’s preeminent immigration attorneys and repeatedly ranked among the top 25 EB-5 attorneys by EB-5 Investors Magazine, and Gregory White, a partner with over 25 years of experience in securities and corporate finance. Our audit and investigative response team is headed by Chris Robertson, a former senior counsel with the SEC’s Division of Enforcement in Washington D.C. The team is supported by a network of experienced attorneys across our national platform and in China.

Mr. Paparelli is a partner in the Immigration Practice Group of Seyfarth Shaw LLP. A Certified Immigration Law Specialist (CA), he is known among clients and peers for providing creative solutions to complex immigration law problems, especially those involving mergers and acquisitions. He also serves as an expert witness and consultant on immigration issues arising in litigation.

Angelo A. Paparelli, a partner in the 800-lawyer firm Seyfarth Shaw LLP, practices immigration law in Los Angeles and New York. His practice covers the full range of immigration law issues with special emphasis in employment-based immigration, particularly the H-1B, L-1 EB-5 and E-2 visa categories, immigration worksite4 compliance and defense of employers in government investigations, and the immigration consequences of mergers, acquisitions and other forms of corporate restructuring. Angelo is the founder and a past President of the Alliance of Business Immigration Lawyers, a 40-member worldwide alliance of leading immigration firms. With an immigration career spanning more than 35 years, he has substantial experience in helping businesses and families obtain immigration benefits and advising and defending employers in U.S. immigration compliance and enforcement actions. A Certified Immigration and Nationality Law Specialist (State Bar of CA Board of Legal Specialization), Angelo has been rated three times as the World’s Leading Corporate Immigration Lawyer in annual peer rankings of the International Who’sWho of Corporate Lawyers, and as a Star Individual in Immigration Law – the highest rating – by Chambers and Partners in several annual rankings. A 2010 recipient of the Edith Lowenstein Award for advancing the practice of immigration law, he also blogs on solutions to America's dysfunctional immigration system at www.nationofimmigrators.com and served as the Lead Editor of Forming and Operating an EB-5 Regional Center: A Guide for Developers and Business Innovators (ILW, May 2014), and Editor, with Matt Gordon and L. Batya Schwartz Ehrens, The EB-5 Book 2014-2015 Edition (ILW, April, 2015).

3 Things To Watch For As Congress Takes Up EB-5 Renewal
March 27, 2017
Funding the Development of New Senior Living Facilities - The Immigration Connection
August 22, 2016
New FINRA Rule May Spark Pushback From EB-5 Agents Abroad
August 28, 2015
US Clarifies EB-5 Amid Continued Chinese Demand
August 11, 2015
Greener Pastures - The EB-5 immigrant investor program is surrounded by questions. Some see it as one of the answers.
July 30, 2015
SEC Charges EB-5 Fund Operators and Finders
July 14, 2015